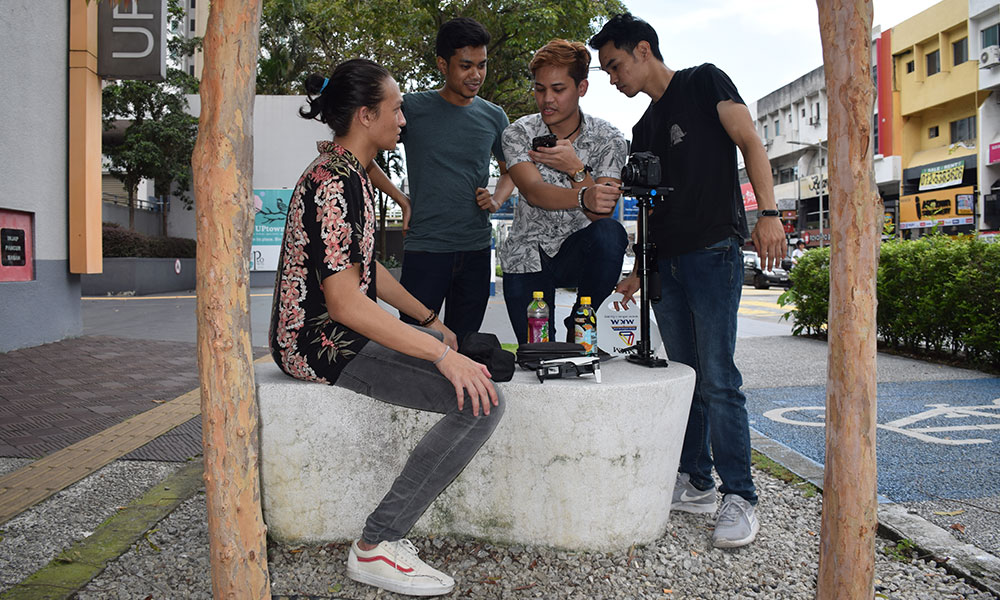 Is the rage of passion blinding you?

Being passionate about the environment is laudable, but the rage of passion can sometimes blind us from the broader truth.

Mohd Izzudin Saedon’s winning entry for the recent LoveMYPalmOil90 contest “The Environmentalist” highlights some misconceptions about the palm oil industry among self-proclaimed environmentalists, and debunks them.

The short film concludes that well-informed and sincere environmentalists will not fight to destroy the palm oil industry as they know it is the most environmentally friendly vegetable oil crop. Instead, they will continue to fight for sustainability.

Some trivia: Aniq Amrez, the person playing Pak Atan, has a role in Kabir Bathia's latest film ‘Sangkar’. “We can basically say 'The Environmentalist' is starred by an actual blockbuster film actor! Not too bad, huh?” Izzudin says, grinning as he adds “he was actually just an extra.”

Izzudin has always been interested in environmental issues as well as the political and economic developments in Malaysia. “I am well aware of the attacks on the palm oil industry, the impact, the reasons behind, the hypocrisy of certain parties, the real issues etc,” he says.

He also owns a small production house named Karyangan (https://www.karyangan.my or FB/IG/Twt @KaryanganMY). The success of “The Environmentalist” follows hot on the heels of another of its environmental-themed short film 'The Teleporting Guardians of the Rainforest' which earned international recognitions – it was screened at Lift-Off Festivals, based in Iver, UK and was a finalist at Short Cut Festival, Serbia, says Izzudin.

“When I came across the #LoveMYPalmOil90 Short Film Contest, it took me about 0.42 second to decide to participate,” he says.

Izzudin tweeted in his private twitter account a request for ideas on how to defend the palm oil industry from attacks in the name of environmental sustainability.

“The tweet got two likes and only one reply with the idea to ‘pay Gordon Ramsay handsomely and make him the ambassador of palm oil’,” he laughs. He realised then that his 400+ followers do not seem to know much about the issue “or they just don’t want me to steal their ideas”.

He recalled then that the banned animated PSA about a baby orangutan and a kid haunted him even though he knew it was just a propaganda video.

“These palm oil attackers are actually playing with sentiments. I mean, who would not be mad when amazing adorable creatures like orangutans are being threatened? And these attackers conveniently single out the palm oil industry for blame. Suddenly, we see a surge of self-proclaimed environmentalists all-out to demonise palm oil. These 'instant environmentalists' fail to look deeper into the issue and slander the industry wherever they go. That's it! That’s the main subject I would portray in my short film: 'instant environmentalists',” he recounts.

The original idea for this short film was to portray the 'instant environmentalists' as coming from Europe. “But making them Malaysians is also relevant,” says Izzudin.

“I learnt that despite being surrounded by oil palm plantations and practically use palm oil products every single day, most Malaysians do not know much about palm oil,” he says.

“I used to question the government's Love MY Palm Oil campaign because if the attacks towards palm oil are coming from outside, why are we targeting Malaysians for the campaign? Little did I know that some Malaysians are attacking our own palm oil! And those who are not attacking could not do much in defence,” he says.

Izzudin pledges to continue advocating for palm oil without dismissing the fact that the environmental issues are real. “We need to do more, not just by counter-attacking the anti-palm oil activists, but by actually putting greater efforts to save the rainforest, the habitat of orangutans, tigers, elephants, tapirs and other beautiful creatures that the whole world loves.”