We are Finnish families who have fallen in love with the great beauty of the Malaysian landscape and people. After many memorable vacations in Malacca, we bought condominium units at the Tanjung Kling area.

But in recent years, we have been devastated to witness the extensive reclamation work going on at Malacca’s beach. We have seen how the incredibly immense reclamation work has created irreversible damage to the environment, especially at the Klebang area.

The reclamation is now continuing into new areas which may further destroy the shoreline fronting our condominium. We appeal to the authorities concerned to stop this environmental catastrophe for the following reasons: 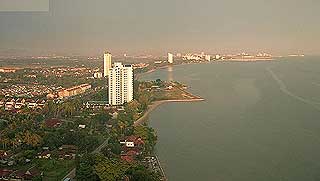 1. There is an unquestionable non-reversible damage to the ecology of the state in general, and to the area in particular.

2. For centuries, the Malacca Straits has been a key element of Malacca’s historic beauty. It is a definite attraction for locals and tourists, and so the reclamation has destroyed Malacca’s image. Many tourists have expressed great disgust at this ravage on the sea.

3. The coast which is important to Malacca and to the whole of peninsular Malaysia should not be destroyed.

4. Malaysia is a nature-loving nation. How can this kind of damage be allowed?

5. Sea frontage restaurant owners and fishermen will lose their livelihoods causing hardships to their families.

6. Residential homes and businesses suffer from sand and dust not only now but for years to come.

7. Rivers are blocked due to the moving sand and much rubbish is collecting up river.

8. There is no shortage of land in Malacca. Why reclaim land? Reclaimed land is known to be the most expensive land.

9. There are reclaimed areas in Malacca that have failed. The ‘Manhattan’ for example is a ‘no man’s land’ with neither people nor business ventures there.

10. Since new reclaimed land is not stable, most businesses avoid building anything on such land. 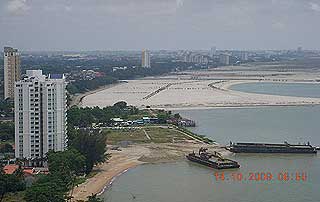 11. The existing sea-front condominiums have hundreds of unsold units. Many have not been completed and there is no demand for new condominiums sites.

12. There is another environmental damage to be considered – the source of all the sand that is being dug up to be shipped to Malacca

Most importantly this is an environmental catastrophe. This kind of work cannot have had a proper environmental study and approval. What is behind this historical damage to the ecology?

Once again, we appeal to the authorities, to do whatever possible to stop this ravage to the once fabulous Malacca coast.

The above letter is also signed by signed by Veikko Kulmala, Jukka Kulmala and Sirpa Lahtinen.