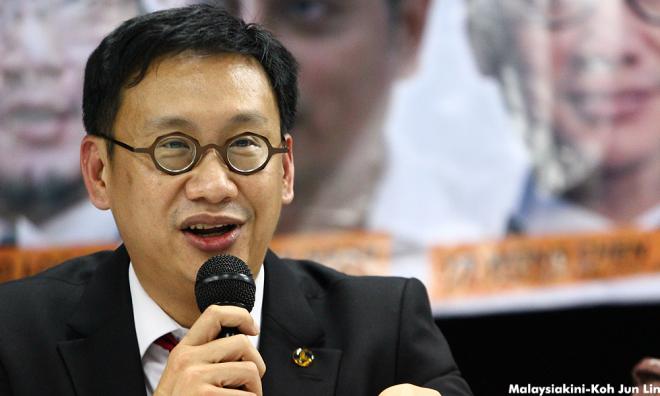 In a parliamentary question submitted to Parliament on 22nd September 2015, I asked the following question:

The question submitted to Parliament is produced verbatim as above.

Yesterday, I admitted to the media that I have mistaken put Yusof Annuar Yaacob's name instead of Suboh Md Yassin.

"For that mistake, I hereby now publicly and unreservedly apologise to Yusof Annuar Yaacob.

As for the suggestion by the Deputy Home Minister Nur Jazlan to refer me to the rights and privileges committee, he is most welcome to do so.

However, Nur Jazlan's position that I have made a wild accusation against Yusof in my question to Parliament is clearly untrue.

I would advice him to read my question to Parliament with care.

I also disagree with Nur Jazlan's suggestion that Yusof had nothing whatsoever to do with 1MDB.

Nevertheless, the above clarification about Yusof Annuar Yaacob's past with Goldman Sachs is meant to rebut Nur Jazlan's statement against me, and not meant to dilute my apology to Yusof.