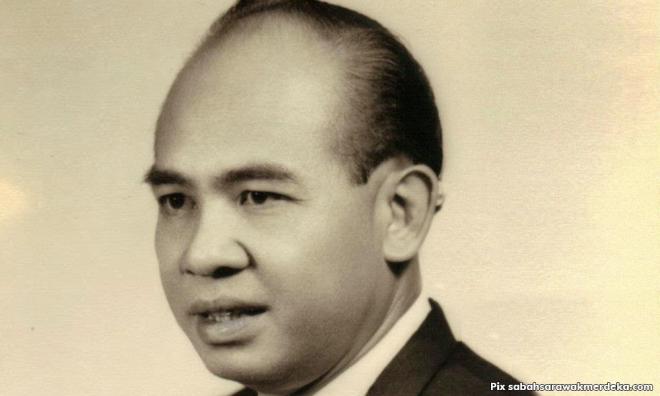 Today, Aug 1, 2016 marks another milestone for our country for sailing through uncharted waters of political turbulence, corruption lawsuits as well as the implementation of the controversial National Security Council (NSC) Act 2016.

In referring to the case (1968) 2 MLJ 238 mentioned above, the plaintiff in his statement of claim claimed (a) that the proclamation of a state of emergency made by the Yang di-Pertuan Agong on the advice of the federal cabinet on Sept 14, 1966 was null, void and of no effect by reason of the fact that it was not made bona fide but was made in fraudem legis (b) that the Emergency (Federal Constitution and Constitution of Sarawak) Act, 1966 of the Parliament of Malaysia was null, void and no effect.

The defendants applied for the writ and pleading to be stuck out because they involve matters beyond the jurisdiction of the court.

The appellant is the chief minister of Sarawak ousted by the governor of Sarawak due to a letter sent by the members of the Sarawak state assembly headed by Temenggong Jugah.

His position was reinstated by the Court. However, when he called a snap election, the Yang di-Pertuan Agong has called a state of Emergency and proclaimed that martial rule applies. Hence, the Sarawak governor commenced the Council Negri Meeting. A vote of no-confidence was passed on Sept 23, 1966 and this has resulted in the removal of Ningkan from the chief minister office for the second time.

The prime minister may invoke Article 66(4A) of the Federal Constitution to bypass the Agong after a period of thirty (30) days. Article 150(1) also states that if the Yang di-Pertuan Agong (YDPA) is satisfied that a grave emergency exists whereby the security, or the economic life, public order in the Federation or any part thereof is threatened, he may issue a Proclamation of Emergency making therein a declaration to that effect.

However, now with the implementation of the NSC Act 2016, the prime minister will have the unfettered discretionary power to declare, upon the advice of the National Security Council (NSC), a “security area”, defined as being a location of high risk e.g. causing serious harm to the people of Malaysia, economy or the key infrastructure in interest of Malaysia. The declaration is valid up to six (6) months, and can be renewed for an infinite number of times.

A detainee under Article 151 had to be released after three months of detention, unless the advisory board of detainees considered that there was sufficient cause for the detention. However, with the implementation of the NSC Act 2016, armed forces operating in a “security area “ will be given sweeping powers, including the capability to arrest and detain persons (the detainee’s council will be unable to apply for habeas corpus), enter and search premises and seize property without a warrant.

Furthermore, excessive forces may be used against the person amounting to even death under custody as they are deemed reasonable and necessary in the circumstances “to preserve national security”.

This act raises grave concern and consternation as there is deprivation of fundamental rights as enshrined in the European Convention of Human Rights which is prelude to the Human Rights Act 1998- the cornerstone of liberty. Hence, it’s suffice to say that this act can never blend in a multi-racial and multi-ethnic society like ours.