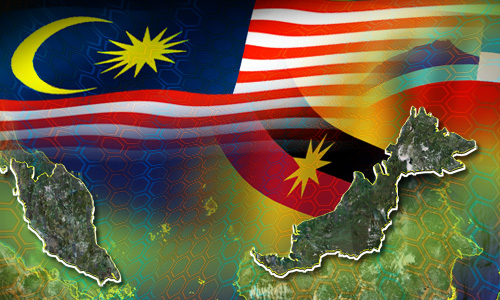 In August every year, the date Malaysia became ‘Merdeka’ will become a debating point. It bothers many as well, when the term ‘Hari Kemerdekaan’ is used to signify Malaysia’s independence.

Some say Aug 31 is the Independence Day, while others argue that it should be Sept 16.

For the record, whether it is Aug 31 or Sept 16, it is factually and historically wrong to say “Malaysia gained independence”.

To understand Malaysia in a different perspective, think of Malaysia as the United Kingdom (UK).

UK only happened after sovereign nations namely England, Scotland, Wales, Ireland and the other Islands came together. Only later on Ireland opted out, and the Northern part of Ireland preferred to stay on as part of the UK, but that is a different story.

So, we should stop using the word ‘Independence Day’ when it comes to Malaysia. The term ‘independence’ is only applicable to the respective regions - specifically Malaya, Sarawak and Sabah.

Malaysia as a whole, can only celebrate Malaysia Day on Sept 16. For the ‘independence’ part, Malaya, Sarawak and Sabah should be celebrating it individually on Aug 31, July 22 and Aug 31.

As a united nation, we should also be more focused on Malaysia Day which falls on Sept 16.

For more than 50 odd years, national scale celebrations fell on Aug 31. This means many Malaysians do not even know the history of the formation of Malaysia.

It was only as recently as 2010, that these errors were rectified. Even then, it was a hesitant and reluctant one.

While public holidays are a norm to mark an occasion, this should not be the end goal. The significance of patriotism goes beyond a public holiday, and it should be incorporated rightly in the Sejarah textbooks. The weight of emphasis should also be proportionate.

As of now, greater significance is still given to Aug 31. There are efforts to increase the significance of Sept 16, but unfortunately these are done mostly by the private sectors, or individual groups.

ADRIAN LIM CHEE EN is currently the chairperson of the #BebasAnwar campaign.