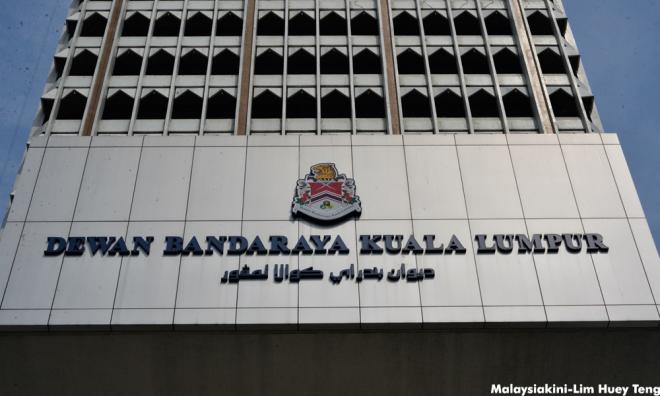 I am likely to remember Wednesday Jan 3, 2017 for a long time, and more so for many motorists who have parked their cars at Fraser Business Park, Kuala Lumpur on that morning.

Initially, I passed by a Perodua MyVi with the rear right wheel clamped. The lady seated behind the steering wheel asked me why was her car clamped.

I turned around and explained to her what I know. Early last month, I had written that Dewan Bandaraya Kuala Lumpur (DBKL) has begun clamping cars that have more than five outstanding summonses, and has blacklisted 4,459 offenders since 2013.

Vehicles blacklisted will be clamped even if they are parked legally in a parking bay, and denied new road tax at the Road Transport Department (JPJ).

As such, I told her that the registration number of her car had been blacklisted by DBKL, and her car could only be unclamped if outstanding summonses are settled.

I left in a hurry to complete an errand and returned five minutes later but the lady was no longer around.

But I noticed another lady standing by the roadside and looking forlorn. It took a while before she could confirm that she was not the one seated behind the steering wheel of the Perodua MyVi earlier.

It turned out that her car, a Honda City, parked a few lots away was also clamped. I gave her the same explanation, and told her to go to the DBKL office if the phone numbers listed could not be reached.

I then viewed the street scene and was shocked to find many cars were also clamped, including a Honda CRV, a Proton Savy, another Perodua MyVi, and a BMW 3 series.

Mercifully, a Toyota Innova, with the words ‘Peronda Parkir DBKL’ on the doors, came by and the affected drivers later informed me they had to pay RM50 for unclamping, and another RM50 for the compound fine - all because they did not pay for parking or parked within the lot.

The compound fine is RM50 if paid within 15 days, and RM100 beyond that. While this may be reasonable, it is totally unacceptable to have the cars clamped, which causes great anxiety to motorists, and it is possible that some may suffer a heart attack or stroke from such undue pressure.

‘Worst was yet to come’

But I would later discover that the worst was yet to come.

While having lunch at the corner coffee shop, I spotted a DBKL tow truck reversing into position to remove a Perodua MyViparked within a designated lot.

I asked one of the enforcement officers why the car had to be towed away and was told it had been there since the day before.

I then noticed the car besides it, a Perodua Kenari, was also clamped. I then checked out the notices of offence placed inside a plastic envelope stuck to a wiper blade.

It was for ‘no payment of parking’, and a supplementary notice to inform that the car may be towed away if no action was taken by the driver within four hours.

The supplementary notice is used for three types of offences - no payment for parking, parking not within the designated lot and obstruction.

It would be hard for anyone to guess what action could be taken. If the phones numbers shown at the clamp could not be reached, should the driver proceed to buy the parking coupon?

As the car is clamped, there is no way to re-park or drive away if obstructing traffic. The message should have indicated to wait near the car for enforcement officers to return.

In any case, clamping cars are totally unnecessary for no payment of parking or being illegally parked. Only vehicles that are actually obstructing traffic should be towed away.

The enforcement by DBKL at Fraser Park was nothing short of draconian as traffic flow was not an issue in the area.

It has caused unnecessary hardships for the affected motorists when many areas in the city centre need greater attention. Obviously, DBKL has got its priorities wrong again.

For example, it was reported that there were 5.4 million unpaid summonses issued by DBKL since 2007, and Mayor Mhd Amin Nordin Abd Aziz announced discounts to encourage offenders to pay up.

It should have been the reverse with RM30 for the oldest summonses and RM10 for the latest. But now it is not only charging RM50 to RM100, motorists are also slapped with RM50 for unclamping.

But the biggest pain inflicted on motorists is to find their cars clamped. Although my car is usually parked safely in a basement, I can feel the anguish suffered by the unfortunate motorists.