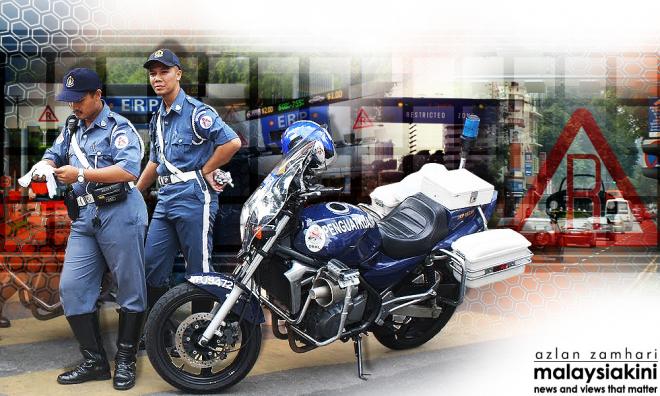 Discounts offered by DBKL must be fair

I recently got a Kuala Lumpur City Hall (DBKL) parking ticket for my motorbike for the offence of parking slightly outside the allocated parking space.

There were many other motorbikes who got summonses for the same offence as mine, but I noted some of them just simply discarding the notices on the road and riding off.

A few were cursing and swearing that the DBKL authorities are being cruel for issuing summonses at 6.20pm in the evening and even for a minor offences similar to mine.

The notice issued to me indicated that I need to pay RM100 within 14 days, thereafter RM150 and after one month, the fine increases to RM250.

It is merely my bad luck and lapse of judgment that got me a parking summon but being a good citizen, I settled the fine within 14 days. After all, the DBKL people are merely doing their job by enforcing the regulations despite my motorbike not blocking anyone or obstructing any traffic.

While paying the summons, I was offered 70 percent discount on the original RM100 amount since there is an amnesty period until Feb 28, 2017 where current summonses after 2015 are entitled to a flat rate of RM30.

It should be the other way around where the older summonses issued should be at a higher rate.

Unfortunately for me, I also remembered getting a DBKL summons almost a decade ago and paying RM100 for the offence. I feel cheated that being a better citizen does not pay since had I chosen to ignore the summons back then, I would only need to pay RM10 now. Am I entitled for a refund?

After paying the RM30 fine, I met a DBKL officer and complained about the unfair rules on the older summonses being offered better discounts, but was informed that it was a decision by top management to structure such a discount offer.

I am grateful for any offer of discounts by the authorities as it helps lighten my burden during these trying times, but such a discount structure should be tailored in a much fairer manner where the older summons should be given less discount, while those later ones be given a much better deal.

It would be great that those who have a summons only once in a very long while be entitled to waivers, while those who keep on racking up summonses on a regular basis be punished more severely.