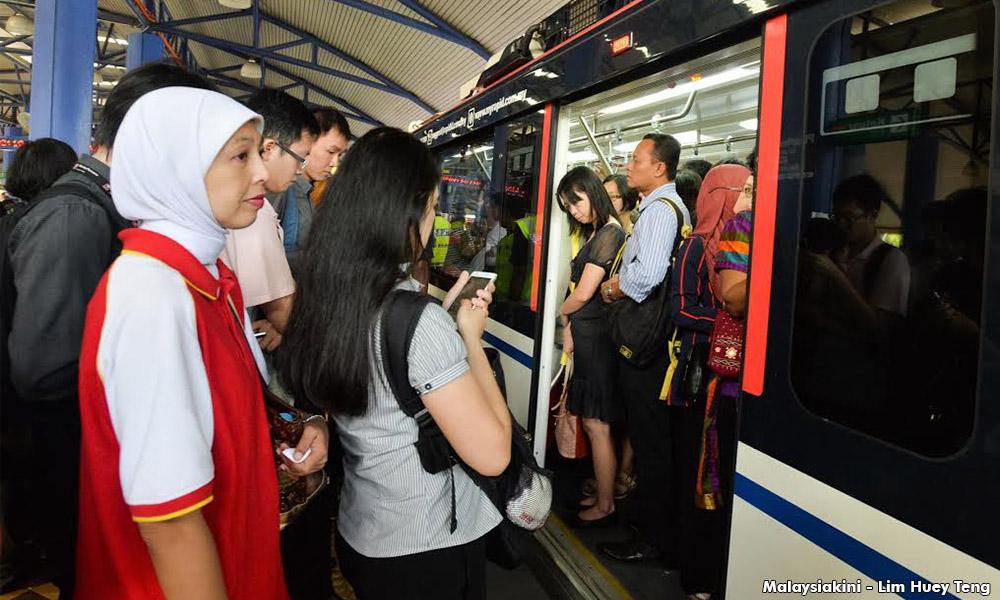 RapidKL and the Land Public Transport Commission (Spad) need to examine carefully and cautiously their plan to allow cyclists to bring their full-size bicycles inside the Light Rail Transit (LRT).

Recently, a RapidKL spokesperson said cyclists may soon be able to bring their full-sized bicycles on board LRT trains if a decision on the matter is approved by Spad. Though the suggested plan provides happy news for many cyclists and would encourage the public to fully utilise public transport as well as encourage the public to use bicycles instead or cars, and thus in the long term would reduce traffic congestion, we also need to be realistic on the matter.

As we all aware, the space inside the LRT train is not big enough in order to allow passengers to bring in any big items including full-sized bicycles. Not to forget, the ever increasing number of LRT passengers from year to year would make the space become smaller and smaller, thus it would affect the convenience and even the safety of the passengers on board.

The crowded scenario does not happen within peak hours like it used to be in the past, namely early in the morning when passengers start using the LRT in order to go to work and in the late afternoon when everybody starts to go back from work. Those who have regularly taken the LRT will be able to see that the crowded scenario can happen around the clock.

This does not include the possibility of slowing down and system breakdown cases which have happened many times. All these factors must clearly be taken into consideration before a final decision is made on the matter. It is better for RapidKL and Spad to discuss the matter with any relevant experts on public transport safety and conduct deeper research on the matter by taking into account public opinion.

If the suggested plan is approved, then the public transport provider needs to prepare clear and comprehensive guidelines for cyclists to bring in their bicycles into the LRT in order to ensure and guarantee the convenience and safety of all passengers.