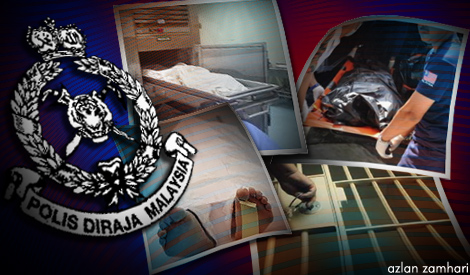 The Malaysian Bar is aghast that yet another person has died while in police custody. K Partiban, aged 34, who was being held by the police in Malacca under the Prevention of Crime Act 1959, was reportedly already dead when the police brought him to the hospital on May 22, 2017.

We are also troubled by disclosures in the New Sunday Times on May 21, 2017, of the alleged prevalent culture of corruption within the police force whereby high-ranking officers reportedly pressure their subordinates to sponsor their accommodation, food, entertainment and expensive gifts. It was also alleged that the lower-ranking officers have been compelled to seek bribes - from syndicates and other illicit sources - to fulfil these demands for sponsorship.

Action must be taken immediately to get to the bottom of the unabated occurrence of deaths in police custody and the allegations of graft within the police force, which are very grave concerns that must not be ignored. A thorough investigation must be conducted and those found guilty must be prosecuted to the fullest extent of the law, to restore public trust and confidence in the institution vested with the powers to uphold law and order in this country.

In order for the investigation to be credible and effective, it must be conducted not by the police force itself, but by an external and independent party.

The Malaysian Bar thus reiterates our urging on the government to set up the Independent Police Complaints and Misconduct Commission (IPCMC) - which was first proposed by the Royal Commission to Enhance the Operation and Management of the Royal Malaysia Police in its report released in 2005 - without further delay. We also urge the attorney-general to prosecute, without fear or favour, any and all abuse of police powers.