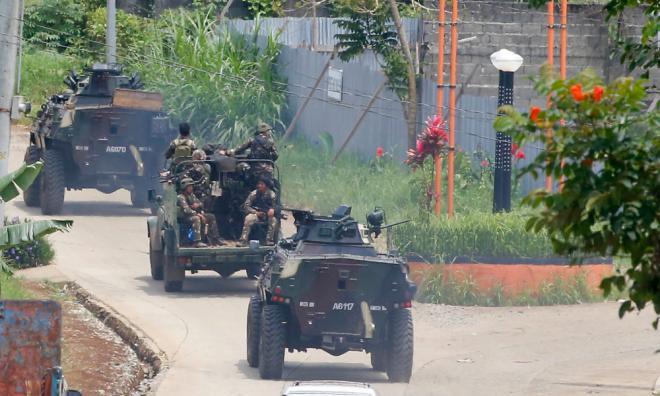 A recent warning by Sultan of Perak, Sultan Nazrin Muizzuddin Shah, against corruption, “six decades of development can be destroyed in just a single decade through wrongdoings that result in wastage”.

He added that “the school is an important battlefield to win over the mindset of the young while teachers are the front-line soldiers responsible for shaping the minds and characters of the young.”

Besides the damning effects of corruption, the same can also be said about radicalisation and how it damages our country.

Following the recent attacks in Manchester, Marawi and Jakarta, radicalisation and violent extremism is a serious problem that needs to be taken more seriously and proactively than what we currently do as we have only seen the tip of the iceberg.

The problem with terrorism and violent extremism is that it is a battle of ideology that needs to be addressed at so many levels as there is no ‘one size fits all’ solution to the issue.

Community involvement, in joint initiatives with various agencies by coordinating the efforts of the private sector, NGOs, teachers, police, legal experts and other social agents must be appealing to the targeted audience by offering citizens especially our youth an alternative to radicalication.

Instead of relying solely on the government in propagating ideological counter narratives, involvement of the private sector can potentially drive creativity and appeal by capitalising on various outreach programmes or ‘corporate social responsibility’ (CSR) projects.

This must be sought in order to address the root causes of radicalisation, often being the so-called ‘missing link’ in effective counter radicalisation programmes.

In order to understand radicalisation, we must also understand the complexities involved.

According to Prof Peter Neumann of the International Centre for the Study of Radicalisation (ICSR), UK, the most popular, influential and important figures in violent extremist groups are often not associated or affiliated directly with any groups.

Grassroots volume on the other hand, is not necessarily driven from the number of these extremist groups but by sympathisers who are not affiliated and may instigate others to join these groups or perform acts of violence.

We must also bear in mind that the social impact of radicalisation and social isolation goes hand in hand.

Among other areas that can be considered would be the setting up community outreach clinics or hotlines for persons-at-risk or individuals with information to contact or go to for help. This widens up the channels of communication and accessibility to information which otherwise would become difficult for the possibility to get help.

By setting up such communication channels and providing assistance to persons-at-risk, we can also ensure that the existing ties and interests between the person and society are strategically protected as the first priority is to prevent them from acting on their radical views.

A rehabilitation programme needs to be customised with the help of a mentor by concentrating on their behaviour and try to make sure that in their daily activities, they can continue to be a part of the mainstream society.

For example, if the person is struggling with his or her religious identity, the involvement of an ideological expert to help them in their search for an identity or an alternative that is less radical by disengaging them and getting back on track to integrate into society.

We need to be mindful that arrests and further isolation to persons-at-risk can be dangerous as this presents an additional risk of further radicalisation by like-minded inmates and they could potentially lose the ability or will to function normally in society. This is when counter-radicalisation programmes become difficult to implement as highly radicalised individuals become so heavily indoctrinated that it becomes almost impossible to revert or change.

Although contained at this point, we must acknowledge the fact that the root cause of the problem is still something that must be mitigated as we can certainly bring down the number of arrests by allowing an alternative channel for persons-at-risk to seek help before it is too late.