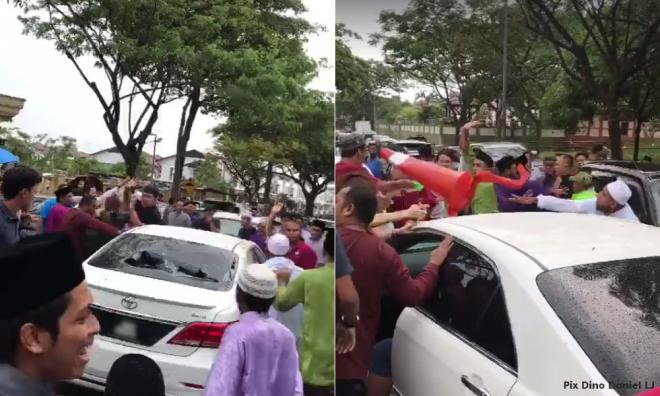 Towards religious and ethnic harmony

On May 5, 2017, a driver was attacked by several men outside a surau just after Friday prayers concluded at Taman Austin Perdana, Johor Baru. This was because, the driver found cars blocking his path and he kept honking. Several men hit him with traffic cone, helmet and bare hands.

A week before that, a student was barred from a local chess competition because her knee-length dress was deemed to be an inappropriate and disrespectful attire by the organiser. The organising committee then clarified that it was not about the dress alone, it was also about how she was sitting; these cumulatively exposed too much of her body part.

These incidents in the country are consistent with the findings of the Racial Discrimination Report 2016 by Pusat Komas: “...racial discrimination, racism and stained ethnic relations within the Malaysian society have increasingly surfaced over the years...”

We know this for a fact, yet many Malaysians post sensitive remarks and comments on social media to stereotype other races and insult other religions - on a daily basis. Very often, these comments were only emotionally-driven, but exaggerated, distasteful and very offensive.

Religious extremists in this country possess an exclusivist attitude; they are threats to the harmonious co-existence of different communities in Malaysia. Their exclusivism is the curtain that obscures rays of love and compassion from reaching their heart. And their attitude has nothing to do with their religious, racial and ethnic backgrounds. I am convinced that many of them were misguided and their own ignorance is another contributing factor.

I believe all religions in Malaysia promote love, peace, compassion, moderation and inclusivity; and Islam is even more so. History tells us, that Islam is the religion of peace, it is all-encompassing and includes compassion towards religious minorities.

Prophet Muhammad SAW signed the Treaty of Hudabiyah which allows Muslim apostates to leave peacefully; Jewish civilisation flourished in Muslim-ruled Andalusia; Muslims in Turkey and Iran saved Jews from the Holocaust during World War II. All these historical events significantly highlighted this - having compassion for people of other religion and race does not contradict the Islamic belief system and its believer’s faith in Islam.

Religious extremists in this country must wake up to the realisation that only inclusivism and multiculturalist approach would lead this country towards religious and ethnic harmony. When the sun of compassion rises, darkness evaporates and all Malaysians would then respect, accept and tolerate each other; all Malaysian must defend Malaysia’s status as a secular state.

This common understanding must also be shared among religious extremists, political and religious leaders (be it Muslim or non-Muslim) in this country; and the first thing they must do is to stop making racist and religiously-sensitive remarks.

All Malaysian netizens must stop fanning racial sentiments and stop spreading hate speech on social media - it is a small but significant effort in making Malaysia a little more peaceful, a little more harmonious.

MARCUS LEE is a final year law student at Universiti Malaya and is a student representative in the UM Students Council.