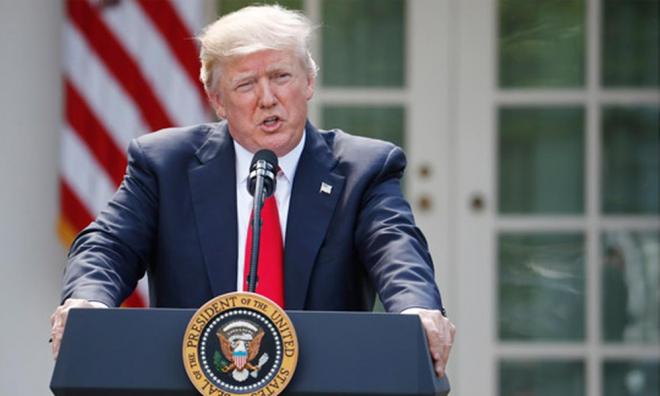 Moving forward on the Paris climate agreement without the US

However, climate action which is founded upon the principles of justice and equity, must strike a balance between, on one hand, the legitimate concerns of global warming, and on the other, the livelihoods of the most vulnerable states and their people.

It was under this narrative, alongside the juxtaposition of oft-conflicting national interests, that the Paris Agreement on climate change was struck in December 2015.

In the writer’s opinion, despite the criticism that the resulting agreement was fundamentally incapable of tackling climate change as a whole, and that thousands of species and habitats were still at risk of extinction even if the goals of the agreement were met, the achievement was nonetheless to be celebrated.

For the first time in the history of climate action, world leaders set aside their differences in pursuance of an aim framed as a common concern of humankind.

The Paris Agreement represented a milestone because it finally secured the participation of virtually all nations including the top greenhouse gas emitters (notably the US and China).

Participation was, and still is, crucial in this field given that climate change is a global phenomenon which does not recognise territorial borders; as such, it requires a globally coordinated response.

Moreover, it is worth noting that the luxuries we enjoy at one corner of Mother Earth might have contributed to environmental degradation somewhere else beyond our limited senses and conscience.

For instance, the agricultural and manufacturing industries which serve to satisfy the demands of consumers from wealthy nations are commonly located in less well-off nations, which often lack the capacity to respond to the changing climate resulting from the harmful industrial processes.

With such complexities of cause-and-effect in climate science and justice, the membership of the US in the Paris Agreement, which constitutes the participation of not only a top emitter but also a large proportion of the first world’s population, was to be welcomed, particularly after the noteworthy failure of its predecessor, the Kyoto Protocol.

In this context, it is not difficult to understand the worldwide anger directed at US President Donald Trump for withdrawing the US from the Paris Agreement.

With one in seven people still living without electricity, the developmental needs of the least developed countries for basic survival should be prioritised against the economic concerns of the wealthier ones.

While global warming affects mankind as a whole, it hits the most vulnerable nations more severely than others (e.g. small island nations and the threat of rising sea levels), and this is worsened by the financial incapability of some vulnerable nations to remedy the situation.

Here, the distinction by Oxford University professor Henry Shue between subsistence emissions and luxury emissions is of relevance.

Subsistence emissions, such as emissions from the burning of a single light bulb per household in poorer nations to prevent total darkness at night, are necessary for mere survival, and we cannot expect these less-fortunate families to reduce their carbon footprint by living in the dark.

Luxury emissions, such as those caused by unnecessary air travel when there existed ground travel options (with comparable trip durations), are avoidable. Therefore, a developed nation such as the United States is expected to not only cut its luxury emissions, but also provide climate finance to the needy.

Nonetheless, by withdrawing from the agreement, President Trump is blatantly telling the rest of the world that the United States does not care about what happens beyond its fictitious wall.

It thus seems that we, the rest of the world, are expected to pursue higher mitigation efforts to compensate for the United States’ withdrawal, even if that means cutting subsistence emissions of the less fortunate nations. All the extra burden on us, just so that the Americans can resurrect their coal industry which hopefully will make them “great again”!

By virtue of Article 28 of the Agreement, a withdrawal cannot happen overnight. Therefore, the United States is technically still part of the climate regime.

However, climate action necessitates an immediate response by the rest of the world, and this could be facilitated by countries respectively notching their emission reduction targets up through the mechanism provided for by Article 4.11 of the Agreement.

However, with politics at play, such expectations might appear overly naive.

Nevertheless, it is not impossible, because the Paris Agreement was, for once in international law, a manifestation of leadership by not only developed countries but also developing countries, and this must be safeguarded in light of recent events.

The writer thus urges the Malaysian government, which ambitiously declared its aims to reduce the country’s greenhouse gas emissions intensity of gross domestic product (GDP) by 45 percent by 2030, to not only maintain such a commendable spirit, but also explore the possibilities of scaling the targets up so as to enhance our stewardship in the climate arena.

As for the ordinary folks who wish to contribute despite having no such mandate under the Agreement, a simple change of traditional light bulbs to modern LED bulbs at home and the workplace will do good in reducing your carbon footprint.

The Paris Agreement, which is a result of years of tough negotiations at the United Nations, must by all means be upheld to secure environmental integrity.

A country’s economic development should never cost the livelihoods of its contemporaries, nor compromise the needs of future generations.

The withdrawal of the US from the Paris Agreement not only sets us a step backwards, but also puts the survival of our future generations at risk.

However, while the Americans cannot avoid falling on the wrong side of the history, Malaysia and the rest of the world can nevertheless pursue all efforts to avoid being “Trumped”.

BOO CHENG XUAN is a postgraduate student at University College London, pursuing a Master of Laws in Environmental Law and Policy.