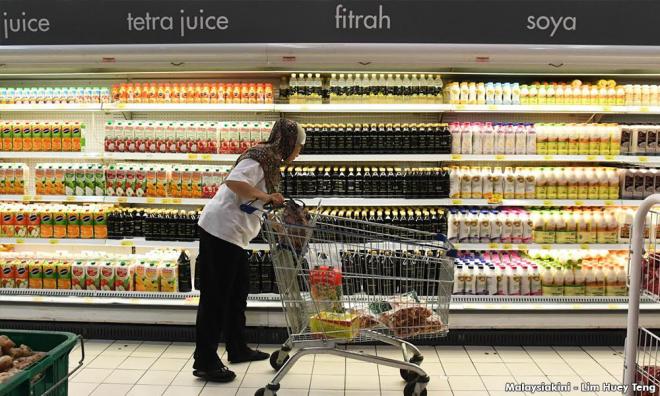 In defence of food imports

First of all, he gets the whole idea the wrong way around in looking into ways to address the food deficit.

The chief minister does not seem to realise that Sarawakians actually benefit from such food imports, because imports are the point and purpose of all trade.

As a self-appointed state economic minister, he should by now understand imports are the things foreigners can produce better, cheaper, or in greater volume, than they can be domestically.

The rise in food imports is the very thing which shows that Sarawakians have become better off.

For example, the reason I buy imported food from Emart is because my family are way better off doing so. I get a great variety of food, cheaper than if we tried to grow it all ourselves. My “export” in this sense is simply the grunt work I do in order to purchase these imported foods.

What is true for my household should be equally true for every Sarawakian.

So if he looks into the trade figures to see who really benefits, Abang Johari will realise that when he proposes reducing food imports, he may be making Sarawakians worse off.

This gets compounded by similar suggestions from other policymakers, who want Sarawak to import less and export more.

In what world is it good to get less while giving up more in exchange? It is impossible over the long run. Buying fewer food imports ultimately must result in the sale of fewer food exports as Adam Smith argued in “The Wealth of Nations.”

Secondly, the economy ought to be run for interests of consumers, not producers or farmers who have the chief minister’s attention. Who it is that benefits from cheaper imports if not consumers?

Cheaper food is good for consumers, since we will have more money to spend on other things.

For example, after years of negotiation, China recently agreed to open its domestic market for US rice exports for the first time ever, acknowledging the importance of rice import to meet the growing demands of its vast middle class.

What is happening in China is that there is a rise of the middle class, meaning fewer people standing around in paddy fields under the sun following water buffalos around.

Why is that so? Because the labour cost in China is going up. Labour cost is higher in the US but the latter is more mechanised, meaning it is more efficient, and therefore cheaper than rice production in China.

Imagine: American rice farmers produce about nine million tonnes a year, and Chinese consumers can eat that much in about two weeks.

Who would have thought China, once the world’s largest rice producer and largely able to feed itself, now imports rice from the US, where hurricanes, wildfires and floods rage across the country every year?

Looking around, we seem to be more abundantly fed compared to several decades ago. There is so much rice being sold, different kinds of imported rice, almost everywhere than at any time in the past, although Sarawak is no longer an agricultural state.

So, again, it is simply ridiculous that the chief minister wants to reduce food imports.

Of course, we also need to recognise the need for importing food which can only be produced in different climates.

But what we should be doing is maximising the potential of our own food production.

The question then becomes how we are going to work out what type of food production we are good at?

The obvious answer is for us to abolish all subsidies, regulations and price controls that help and protect our farmers.

Just wait and see. The foods we are good at producing will continue to be produced, and those foods that we’re not good at will not. It’s pretty simple system, like in New Zealand.

Giving even more subsidies under whatever initiative to food production is more evidence that it is not a profitable venture, and that is going to produce something akin to a peasant lifestyle.

Without subsidies, the incomes of farmers in rural areas especially will be pitifully small.

This then becomes a welfare model not a business model. That’s very bad economics.

Ask this differently, if farmers were all making good profits from farming, then we wouldn’t be offering them subsidies, would we?