LETTER | PAS President Abdul Hadi Awang has jumped on the Najib bandwagon, spreading lies that I want to be prime minister and that if Umno loses in the next general election, the Malays and Islam will perish in Malaysia.

The Umno mouthpiece New Straits Times today reported Hadi’s comments from Marang on the controversy that Umno is trying to generate that “DAP adviser Lim Kit Siang could end up becoming the prime minister in the event the opposition wins the 14th general election”, quoting Hadi as saying that PAS most definitely oppose a non-Muslim leader becoming prime minister.

Hadi said, “Our priority is to ensure that a Muslim leads the country.

“That is important. We must ensure this country remains under the leadership of a Muslim.”

In the past week, both the Umno-owned and controlled printed and online media had been trying desperately to generate a controversy over the dual themes of Najib’s speech at the recent Umno general assembly and which was repeated ad nauseam during the five-day Umno assemblies, that I want to be PM and that if Umno loses in the next general election, the Malays and Islam will perish in Malaysia.

But the well-funded Umno propagandists and cybertroopers are not achieving much success.

Now Hadi is coming to the rescue to prop up Najib and Umno's dual lies - that I want to be Prime Minister and that if Umno loses, Malays and Umno will perish in Malaysia.

Hadi has traversed a great distance from his early days in politics, when he blamed Umno for the plight of Malays and Islam in Malaysia. Now, as if by a wand of magic, the sins of Umno to Malays and Islam in Malaysia have all been transferred to DAP.

If only Hadi can change the real life in Malaysia with a magic wand!

But both Najib and Hadi are wrong.

There is no doomsday scenario for any race or religion in Malaysia.

By the very nature of the elective system, at least for every five years, if Pakatan Harapan replaces Umno/Barisan Nasional as the federal government in Putrajaya, the new Harapan government will have to prove that it is better than the Umno/BN government in protecting and promoting the rights and interests of all racial and religious groups in the country, especially the Malays and Islam, or it will lose the mandate to govern and face rejection in the subsequent general election five years later.

Why is it necessary for Hadi to come to the rescue of Umno to prop up the Umno lies about my wanting to be PM and the disastrous fate of Malays and Islam in Malaysia if Umno loses when both these lies are Umno's handiworks and had nothing to do with the PAS leadership?

I could think of two reasons:

Firstly, to sustain the credibility of the two Umno lies demonstrating that even the PAS leadership led by Hadi find them credible and are adopting them as PAS campaign materials in the run-up to the next general election.

Secondly, to stem the loss of support of the Hadi-led PAS leadership by PAS members and supporters by adopting both these lies.

I was quite intrigued by a statement by Hadi yesterday questioning the absence of the majority of the top leaders of the Muslim nations at the extraordinary Summit of the Organisation of Islamic Co-operation (OIC) in Istanbul censuring the United States for recognising Jerusalem as the capital of Israel. 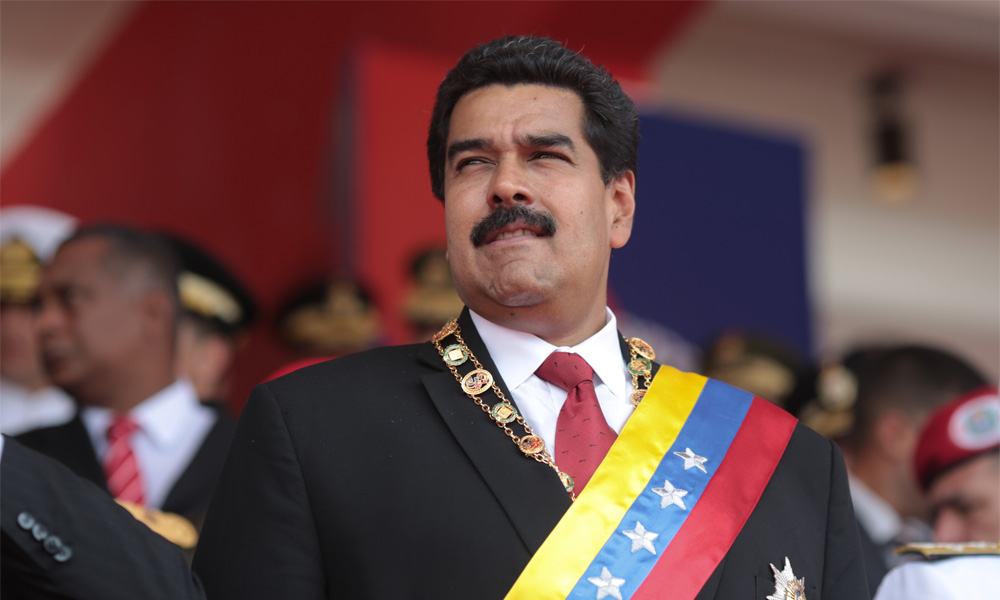 What really shocked me was Hadi’s commendation of the Venezuelan President Nicolas Maduro (photo) for attending the Istanbul OIC Extraordinary Summit.

Nicolas Maduro was named “2016 Person of the Year” by the Organised Crime and Corruption Reporting Project (OCCRP), an award which “recognises the individual who had done the most in the world to advance organised crime activity and corruption”.

A panel of eight journalists, scholars and activists expert in fighting corruption chose Maduro for the OCCRP global award “on the strength of his corrupt and oppressive reign, so rife with mismanagement that citizens of his oil-rich nation are literally starving and begging for medicines”.

Financial Times dubbed him Venezuela’s ‘lord of misrule’ in dissecting his performance.

Reporters Without Borders named him a ‘press freedom predator’ for his ingenuity in silencing critical media.

He has had friends buy up key outlets, orchestrated newsprint shortages, and criminalised articles that “call into question legitimately constituted authority.”

As Drew Sullivan, editor of OCCRP and one of the judges said: “When a country’s leader can watch his people starve and still oversee a government stealing $70 billion a year all while his family deals drugs, it’s a special kind of evil. He deserves this prize.”

When Hadi can glorify Maduro, the OCCRP “Person of the Year 2016” as the person “who had done the most in the world to advance organised crime activity and corruption”, Malaysians can better understand why Hadi could form a political alliance with Najib and be an apologist not only for the 1MDB scandal but for Malaysia becoming a “global kleptocracy.”

Read more from this author :
Lim Kit Siang
Read more like this :
#hadiawang
View Comments
ADS
Most Read
Most Commented
Most Recent
ADS