LETTER | The ongoing debate about whether Mahathir should be the opposition candidate for the next PM is politically bankrupt. It reflects poor understanding of political reality and the crisis the country is facing.

Those who oppose Mahathir base their argument on his past record. His 22 years of reign had inflicted much pain on many, including imprisonment for some. Democratic institutions were destroyed or eroded. It was a period of autocratic rule. Mahathir was no angel.

They argue how can we trust Mahathir with power again. Leopards do not change their stripes. He will kill any attempt at democratic reforms. 'Reformasi' will be dead. Anwar would have fought in vain.

And certainly he has more plans and strategies for the coming election to ensure the opposition does not win. This is politics. Those in power will do everything to remain in power.

The liberals and democrats may call it undemocratic or unprincipled, but it is not going to change anything in the Malaysian context until we have built the necessary institutions that can check the abuses of power and ensure true democracy.

For that, the opposition first needs to win the next election.

How do you win the next election? Not by talking about democracy and the wrongs of Umno and the government. These are important enough to be pointed out, but they will not win the election for the opposition. These issues are important to only some of the electorate.

These are people who are in the know – the already converted voters. Addressing them will not turn the tide for the opposition. You need the non-customers - those who do not vote or those who support the government or sympathise with them. They will decide the outcome of the election.

Where does Mahathir fit in here? The opposition needs him because he is a master political strategist. He can be relied on to come up with plans to reach the non-customers – the voters that will count in the next election. 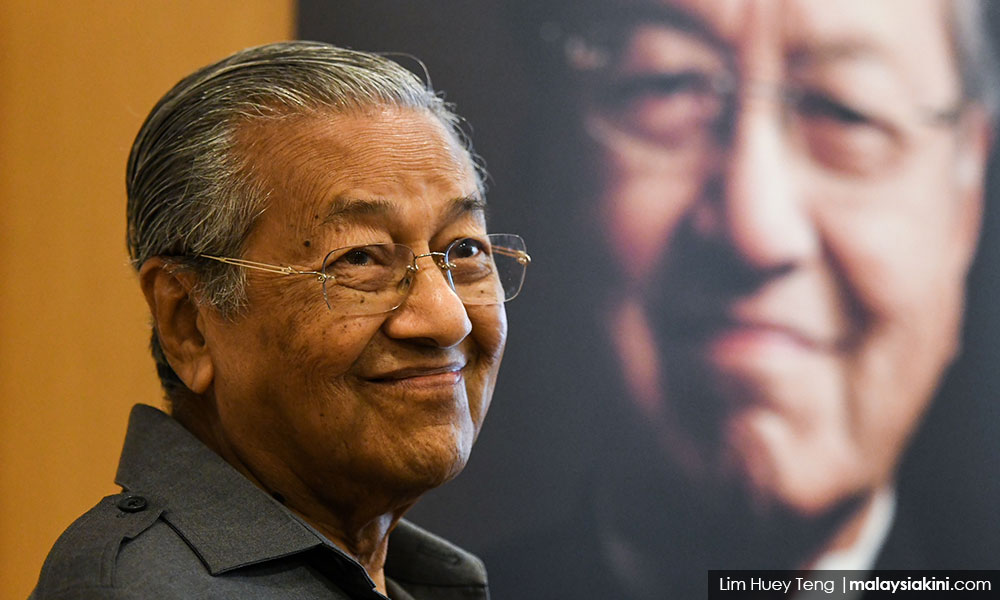 His contribution to the country and the Malay community is acknowledged. Yes, he was not perfect. There were many things wrong, very wrong. But, on balance, the heartland Malay is likely to believe Mahathir when he says the country is in trouble and change is necessary.

There is no one in the opposition that has the stature of Mahathir. There is no scandal similar to 1MDB that readily comes to mind when talking about Mahathir.

What is critical now for the opposition is strategy and leadership. Whether you like Mahathir or not is not relevant. Only he can provide the strategic thinking and leadership that is needed.

Given his age and the structure of the coalition parties in the opposition, fears about he holding on to power or abusing his power appear to be unfounded. It is going to take time to build a viable democracy in Malaysia.

Mahathir is certainly not a deacon of democracy, but in order to win the war one first needs to win the battle – the next election. For that, Mahathir is the right general.

Also, after the election there is the important task of reconstruction – rebuilding the economy and institutions. For this, there is no better person than Mahathir.

His capacity for developing the country is a matter of record. So, all in all, Mahathir may well be the only choice to lead the opposition at this juncture.

There are several good people in the opposition, but leading the team, given the present challenges, calls for someone like Mahathir.

The views expressed here are those of the author and do not necessarily represent the views of Malaysiakini.