LETTER | Recently, Pahang DAP deputy chief M Manogaran said he was reminded of Kollywood blockbusters with the complicated dealings leading to yesterday’s decision to choose Dr Mahathir Mohamad as the man to lead a Pakatan Harapan government, should the coalition win the 14th general election, at least until Anwar Ibrahim can take over.

Manogaran was tickled pink at the happy conclusion of the political negotiations, saying it could have resembled a typical final act of a Tamil movie.

He remarked that he couldn’t imagine he would be clapping listening to Mahathir speak, when about twenty years ago he had made a police report against the former prime minister. He admitted setting aside his anger at Mahathir for the sake of a higher purpose, namely, to save Malaysia from BN. 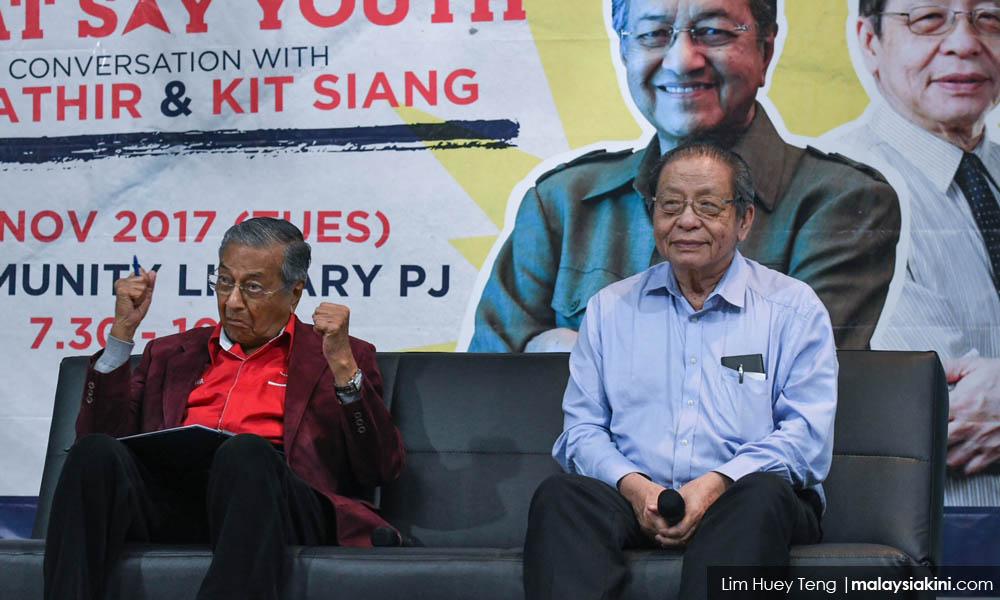 I remarked in a blog post – with similar amazement, though in a slightly different sense from Manogaran – that as a DAP supporter for aeons, I wouldn’t have imagined I would be severely criticising elder DAP leader, Lim Kit Siang – once an icon to me, for his flabbergasting and in my opinion, disgusting alliance with his former arch-foe-but-now-BFF Mahathir, a man he had railed, ranted and raved at for some 45 years.

In my layperson's political view, I believe that the ‘belakang pusing’ (about-turn) stance by Lim as being outrageously and shamelessly treacherous to the principles of the DAP, to say the least.

Alas, could I have unknowingly changed my political affiliations, or am I just an ordinary pro-DAP bloke who shares the views of Sangeet Kaur Deo?

Sangeet is the daughter of my political hero, the late Karpal Singh, who I have described as the “Mursyidul Am” of the DAP for years. The late Karpal kept overambitious members in the party from betraying DAP’s ideology, principles and values. Once, he even chided Anwar for very naughty undemocratic behaviour in Perak, just prior to the state's constitutional crisis.

Sangeet has voiced her reservations about Mahathir being named PM candidate for Harapan, saying that for the coalition to choose such a man, a notorious violator of all that DAP stands for, indicates a lack of long-term strategy.

I suspect she might have possibly implied the obscene impatience of a few DAP leaders who threw their party principles out the window just in the hope of entering Putajaya, by Mahathir's side.

Sangeet said, ending on a sarcastic note, “The focus should always be on policies and principles (not personalities) and leaders must be groomed to ensure continuity.”

“While it may be an act in desperation, as was our coalition with PAS at one point, will we be open to working with PM Najib Abdul Razak one day, should desperate circumstances demand?” 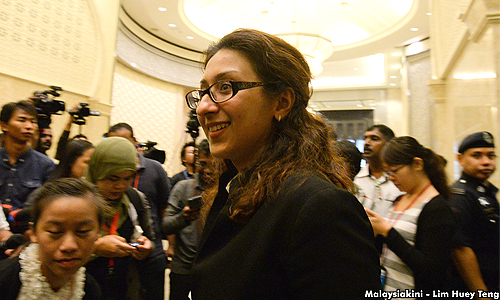 In fact, Sangeet (photo) even called out the rather pathetic argument that working with Mahathir was only to ensure change, saying that it no longer holds water because she fears that the dreaded “Mahathrism” which we experienced with much grievance, anger, and helplessness for more than 22 long years, will return.

So what “change” do those who made such a pathetic excuse have in mind? It is a case of six on one and half a dozen of the other.

Indeed, Sangeet is also doubtful Anwar will even be allowed to take over from Mahathir. She reminded us that Mahathir’s apology over the Internal Security Act and other wrongdoings during his tenure as PM was done half-heartedly. Kua Kia Soong has also remarked on this issue rather brilliantly.

Like her spiritual leader-like father, she said pointedly, “This is not about forgiveness. This is about accountability. Persons in positions of power should be held accountable for their actions."

Accountability - isn’t this one of Lim Guan Eng’s threefold policy stances on governance in Penang?

Sangeet must be so upset by DAP’s unbelievable complicity in the current frightening embrace of Mahathir, that she reminded party leaders (and others in Harapan) they had remained embarrassingly mute when he made his apologies, which the Malay language would have described as acuh tak acuh, or perfunctory or indifferent. Or in other words, insincere.

And I wonder whether she raised her voice when she said “DAP, I can’t hear you,” after informing us that DAP had always been the voice against abuse of power, freedom of the press, independence of the judiciary, sanctity of our institutions, and other issues.

But Manogaran might still be right that the brouhaha surrounding and leading up to the agreement on Mahathir as Harapan’s PM-designate has been a saga with an ending worthy of a Tamil movie.

The delights of Tamil movies lie in their rapidly changing scenarios, where plots can take startling and amazing turns, where one moment we see, for example, a tyrannical dictator oppressing the people, suppressing his opponents and mutilating the constitution, before being transformed into an MGR-like hero who gets his sweetheart at the end.

By the by, MGR or MG Ramachandran was the most popular of male Tamil movie stars. Such was his draw that he was known to be still playing young bucks’ roles in his senior years.

So it is possible for an oppressive landlord to transform into a benign benevolent paternalistic (and older than the old MGR) philanthropist, making startling and amazing sheaves of (or shafting of) promises, e.g., to make the judiciary independent - of course, an obscene temerity when we know the promise is made by the very man who is known for having destroyed the judiciary, among other horrors.

And we know his extravagant promises are nonsensical and will never be fulfilled an iota because he was the one that broke what he is promising now in the first place.

Ah, our dear Puratchi Thalaivar, our Revolutionary Leader! He must be that, considering he went eastwards but ended up in the west, and from facing north to facing south. There is nothing he would not do to get back into power, considering the second of his “two successors” did not report to him for six months after becoming PM, thus there are outstanding issues for him to sort out.

But Manogaran should remember that while Tamil films usually have make-believe happy endings to gratify of the audience. The reality may not be what we want, as Sangeet Kaur Deo has frustratingly warned her DAP colleagues.