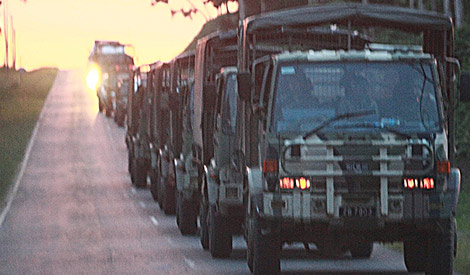 Court should not uphold death penalty for Lahad Datu nine

LETTER | Madpet (Malaysians Against Death Penalty and Torture) is disappointed that the Federal Court, on Jan 18, decided to uphold the Court of Appeal decision to sentence to death the nine Filipino men for waging war against the Yang di-Pertuan Agong in relation to the Lahad Datu intrusion about four years ago. Earlier in February 2017, the Court of Appeal overturned the natural life sentence meted out by the Kota Kinabalu High Court on July 26, 2016 on these nine men, and sentenced them to death.

Madpet is also shocked that Chief Justice Md Raus Sharif chaired this Federal Court five-judge panel who heard and decided on this appeal. The validity of CJ Md Raus Sharif continuing to be a Federal Court Judge and Chief Justice past March 8, 2017, the day his term in office came to an end when he achieved the age of 66 years and six months, is currently being challenged in court by amongst others, the Malaysian Bar, as being unconstitutional.

As such, Madpet is of the view that he should not have sat on any panel of the Federal Court and decide on any cases until this matter is finally resolved by the courts. If the courts later decide that his extended appointment as Federal Court Judge and/or Chief Justice is unconstitutional, null and void, then all decisions of the Federal Court in which he was part of will reasonably be considered invalid. 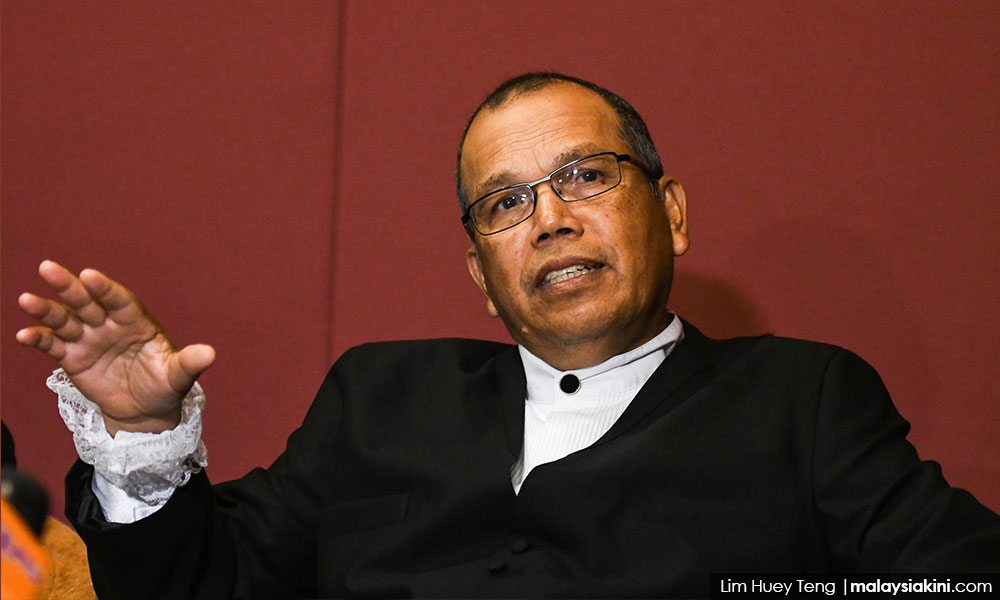 Madpet is also of the opinion that when Md Raus' (photo) appointment was extended beyond his last date in office, this was also a violation of the principle of security of tenure, which is a safeguard to guarantee the independence of the judiciary. If the term of judges can be extended beyond the fixed retirement age by the actions of the Prime Minister, the King and/or some other, the very intention behind the security of tenure principle is violated.

This case is in connection with what happened in February-March 2013, when a group, comprising over a hundred people, who were allegedly followers of self-proclaimed Sultan of Sulu, Jamalul Kiram III (photo) entered Sabah allegedly on a mission to ‘reclaim’ part of Borneo as their ancestral land. The Lahad Datu situation reportedly saw a total of 68 deaths – 56 from the Sulu sultanate, nine from the Malaysian authorities and six civilians. 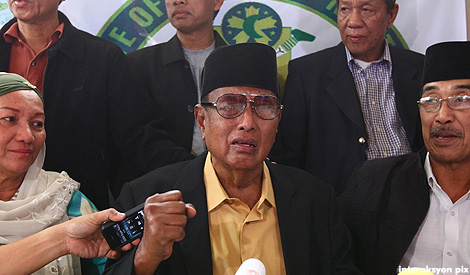 At the Kota Kinabalu High Court in 2016, the court of first instance where the trial was conducted, Judge Stephen Chung, after hearing the case, having the benefit of hearing the witnesses and considering the evidence elected to not sentence the nine to death, but to life imprisonment.

‘…In his judgment, Chung said there was no evidence that the accused were directly involved in the skirmishes that occurred during the intrusion, nor was there proof that they had killed any member of the security forces in cold blood or injured anybody. He noted that the key persons in the intrusion, such as Datu Agbimuddin Kiram and 'General Musa' were not brought to justice.

"It is indeed an odious task to pass the appropriate sentence for the accused convicted under Section 121 of the Penal Code.

"The offence had badly affected the lives of the residents of Kampung Tanduo and those who resided in the nearby villages, as well as the families of the deceased security personnel," he said…’, as reported in 2016. The said nine persons were as such sentenced not to death, but to life imprisonment by the court.

It was also reported that the lawyer representing these accused persons that pleaded guilty also ‘told the court that his clients had been promised jobs and identity cards by their leader, General Musa, the chief of staff of Datu Agbimuddin Kiram who was a brother of the self-styled Sulu Sultan,’ according to the Star on Feb 24, 2016.

It was also reported that ‘although they admitted to being members of a terror group known as the Royal Sulu Force (RSF), they were not involved in its militant activities. He said this was consistent with their statements recorded individually before a Sessions Court judge in Lahad Datu shortly after their arrests sometime in March 2013…’

As such, Madpet is of the opinion that these nine persons were certainly not deserving of the death penalty.

‘Prisoners of war’ or ordinary criminals?

Further, upon a perusal of the history and background of the whole conflict, as reported in the media, questions arise as to whether this should have been considered to be a ‘war’, and, if so, whether it is proper in such cases to sentence ‘prisoners of war’ to death.

This seems to be not a simple case of a group of criminals ‘waging war against the Yang di-Pertuan Agong (the King)’. It was reported also that the reason for the incursion was for the purpose of ‘reclaiming’ part of Borneo as their ancestral land, that they claimed belonged to the Sulu Sultanate that was ‘….seized by the British from their government.. ‘. It was further reported by Astro Awani on Dec 30, 2013 that Malaysia had been paying annual sums to the heirs of the Sultan of Sulu, which was considered by them as ‘rent’.

Determining finally the very nature of that intrusion that lasted about a month is material in determining whether the arrested(or the captured) were prisoners of war or simple criminals.