Focus instead on systemic discrimination of Muslim women

LETTER | It is regrettable that womne's activist Marina Mahathir has chosen to focus on the recent anomalous incident of a man slapping a woman without hijab, rather than the much bigger current issue of systematic religious discrimination of female employees of international hotel chains who are forbidden from wearing the hijab by their employers.

The man in the video is hardly representative of the majority of Muslims in Malaysia. Many Muslims have condemned the incident. Surely the action of one misguided man does not serve as evidence of a so-called “negative effect of Islamisation”.

In the context of ‘human rights’ of which Marina is fond of speaking about, surely the documented and systematic discrimination by 28 hotels on their Muslim female employees in banning them from wearing the hijab is far more newsworthy and overshadows a solitary, irregular incident.

In a recent Asia Times interview, Marina (photo) displays inconsistency again in her allegations of ‘Arabisation’ of Muslim women in Malaysia simply because they have chosen to follow the tenets of their religion. She said, "I always say a typical Muslim woman does not wear a burqa, she wears a kebaya". 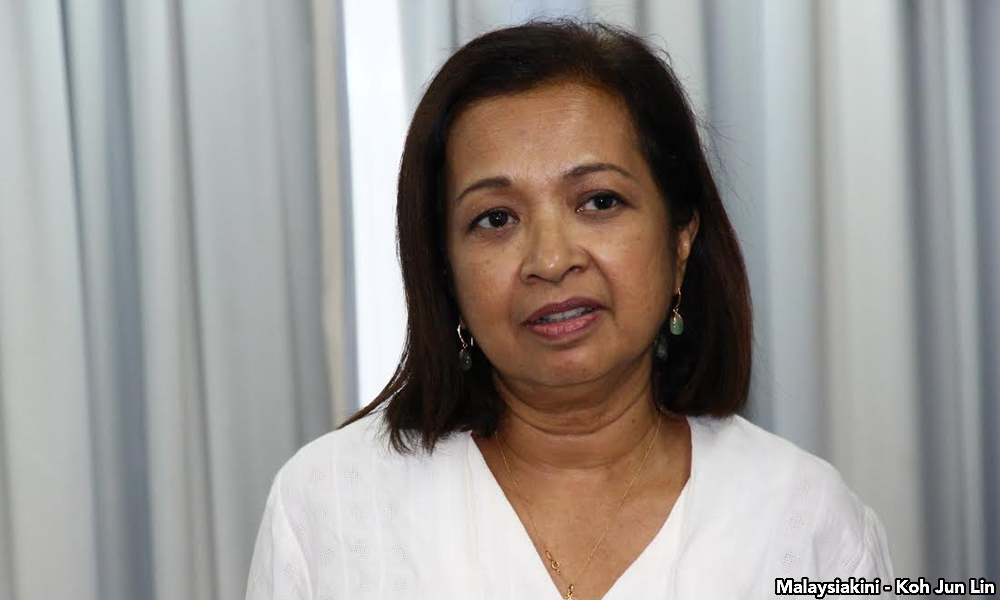 Does this not contradict her feminist values of not judging a woman by what she wears? Is a woman’s decision to wear a hijab or jilbab or even a burqa not worthy of any respect?

Incidentally, it is also ironic that while condemning ‘Arabisation’, Marina chose to name her movement founded in 2009 ‘Musawwah’. Why use an Arabic term rather than a Malay word?

There is overwhelming scholarly consensus on the hijab and what constitutes as awrah (intimate parts) for women. There is very little difference of opinion in this matter compared to other issues in Islam.

Thus, rather than be critical of insignificant elements of clothing wrongly attributed to ‘Arabisation’, it is high time that Marina shows some consistency and speaks up for the rights of women who want to wear the hijab and yet are suffering from profound trauma and stress for not being able to do so because of systematic religious discrimination by more powerful entities.