LETTER | In conjunction with the International Day of Forests on 21 March, Sahabat Alam Malaysia (SAM) is pleased to learn that the government of Malaysia is currently reviewing the National Forestry Policy that was launched in 1992.

As with policies that require relook after some time, we welcome the move as the nine-page document is in need of an update in view of emerging challenges and international commitments that the country has taken on.

It is a well-known fact that Malaysia has “committed” to the international community that it would maintain 50 percent of its land area (330,712 sq km or 33 million ha) as forest cover, which means natural forests coverage would be kept at 16.5 million ha.

This is understood to include areas that are designated as managed production forests with logging activities carried out under a system known as sustainable forest management (SFM).

In fact, the bold pledge was first made at the Rio Earth Summit in June, 1992 and reaffirmed consistently at many subsequent sustainability-related global events, including the UN Conference on Sustainable Development or Rio+20, the 20-year follow up to the 1992 Earth Summit.

The pledge has often been brandished by the government as its resolute commitment to protect natural forests as the foundation for the country’s ecological well-being as well as its contribution to the global ecological balance.

The commitment gained additional importance with the recognition of the carbon sink function of forests in the fight to stabilise and hopefully reverse global warming.

However, it has to be noted that the foremost policy document in forestry governance – the NFP – is silent on this famous pledge. It is of great concern that as the country develops further, pressure on forests would increase in tandem resulting in encroachment and conversion of forests into other land-use purposes.

According to the forest cover statistics published by the Natural Resources and Environment Ministry, which covered both permanent forest reserves and state land forest, the figures has dipped slightly from 18.5 million ha in 1992 to 18.2 million ha in 2014.

It has to be pointed out that state land forests are highly susceptible to conversion and their contributions to the country’s forest cover are on shaky ground.

Therefore, permanent forest reserves which were gazetted and subjected to the provisions of replacement in the event of degazettement, is the more reliable statistic.

However, official statistics on permanent forest reserves showed that lowland forest which made up the bulk of the forest cover has decreased from 10.58 million ha to 10.12 million ha, while peat swamp forests were reduced by half from 1 million ha to 0.5 million ha during this period. 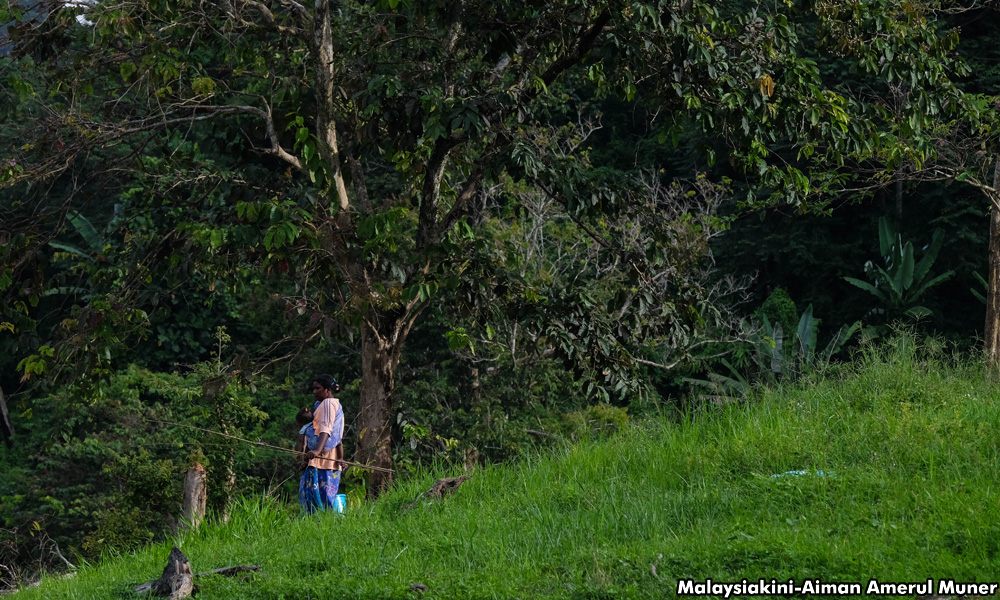 Based on the official statistics, Peninsular Malaysia would not be able to meet this commitment given that its forest cover in 2014 stood at 5.8 million ha. Meanwhile, Sabah’s forest cover stood at 4.44 million ha and Sarawak registered an 8 million ha coverage.

Therefore, given the growing pressure on lands to generate economic activities such as mining, plantations, infrastructure development including dam building, industrial zones and human settlements, it is vital that the revision of NFP takes into account the 50 percent forest cover commitment in view of these relatively new and emerging challenges.

We urge the Malaysian government to make good its promise by inserting this pledge into the revised policy document to ensure that economic plans do not compromise the need to develop in a sustainable manner which includes balancing the role of forests as an economic resource as well as provider of the varied ecological services.

Given that forests and land matters are under the states’ jurisdiction, the new policy needs to consider a burden-sharing mechanism among the states to achieve the 50 percent forest cover. In addition, a policy will not achieve its goals unless there is a clear implementation plan supported by a financial plan.

In addition, SAM is deeply concerned that the seemingly “stable” forest cover also counts in the contentious large monoculture plantations. On the ground, such plantations are developed both within the permanent forest reserves and the non-gazetted state land forests. As such, the integrity of our forestry statistics on forest cover is also questionable.

Based on the annual reports and reporting on the websites of the forestry departments in Peninsular Malaysia, Sarawak and Sabah, we have estimated that by 2013, forested areas as large as 324,417 ha in Peninsula, 271,110 ha in Sabah and 2,827,372 ha in Sarawak have been designated for monoculture plantation development.

If Sarawak’s share is further limited to areas that have been cultivated, at 471,892 ha, the figure would still be as large as 1.1 million ha, or 5.9 percent of our forested areas – slightly smaller than Terengganu.

It has to be noted that the promotion of plantation forests is driving deforestation when they are established in permanent forest reserves as well as on state land forests.

Monoculture plantations should not be allowed to replace natural forest areas, degraded or otherwise, any further. They must also be removed from the statistics on the country's forest cover.

SM MOHAMED IDRIS is the president of Sahabat Alam Malaysia.

Advertisement
01
MP SPEAKS | An illegitimate gov't cannot be ousted by illegitimate means
6 Jun 2020
02
With PKR out, Pahang MB wants others to step aside in Chini
6 Jun 2020
03
Panel of professionals shocked at conditions in Jln Othman Market
6 Jun 2020
04
Mahathir alludes to failed attempt to replace Health DG with politician
5 Jun 2020