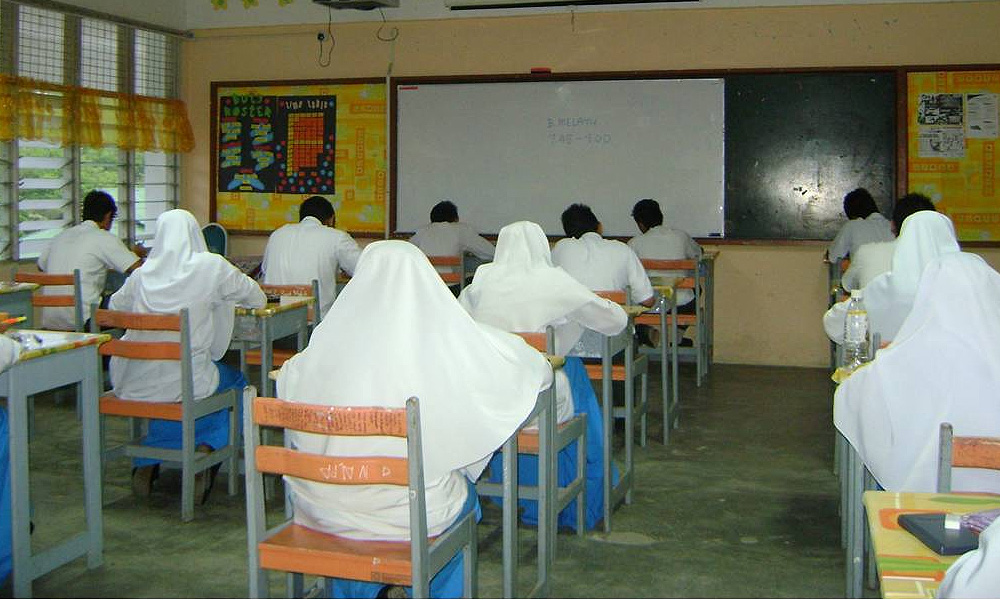 Should political beliefs be discussed in the classroom?

LETTER | The late Abdul Ghafar Baba was a teacher; the Malaysian education minister was a teacher and so was the menteri besar of Terengganu.

Thus, if the three of them were teachers, they must have been involved in politics while they were teaching. They had their political beliefs beforehand.

There is a contradiction in the statement that the political beliefs of teachers must be in line with the current government's beliefs and not with the opposition's.

From my point of view, if it is factual and it is for discussion purposes or higher order thinking skills; I do think it's okay.

In my “Pengantar Pengajian Profesional” (GPP1063) classes, we had quite a few topics on BN ideas and the coming GE14 election to open up the minds of our students.

We will always welcome small debates on certain issues such as jobs, healthcare, immigration, terrorism and so forth. Nothing was classified as ‘evil and stupid'.

We will always try to discuss the issues and point out certain things to really get the discussion going.

With some supporting the government, some the opposition and, of course, ‘the neutrals’, the difference between pushing beliefs and discussing them kicks in.

If you think you don’t like certain ideas from a politician, you should open up and examine his ideas before you come to the conclusion that he or she is wrong. You don’t do it the other way around and you certainly don’t skip the discussion on the ideas.

Thus educators should be allowed to express political beliefs in the classroom so long as such beliefs are supported with facts and explanations of how that teacher came to the conclusions they did.

In other words, political beliefs can be discussed in a classroom so long as they are actually discussed. A typical discussion requires logic, reason and an opportunity for reply as well as simple disagreement; if such needs are not met, then you are instead getting a lecture.

Political lessons, on the other hand, should not be allowed unless they are part of the curriculum being taught. And if a one-sided view of a political idea is actually part of your curriculum, then you need to protest that as soon as possible.

Or just get out of there as soon as possible, because you aren’t getting an education so much as you’re getting a brainwashing.