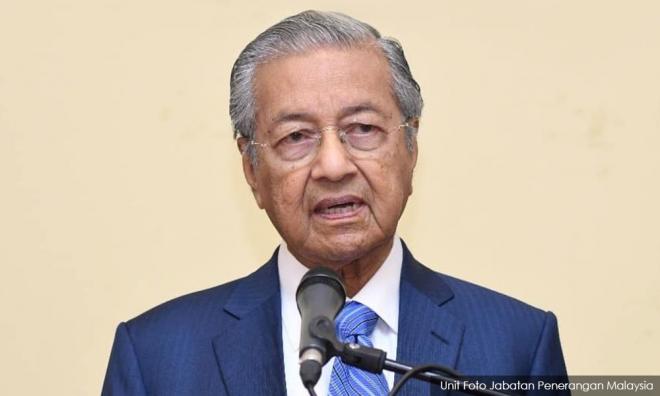 My meeting with Dr Mahathir Mohamad

LETTER | I met Dr Mahathir Mohamad three years ago in Kuala Lumpur at his office, a few short weeks before he started publicly expressing his views on the US$4.5 billion 1MDB scandal.

Not realising until I read the paper the next morning, I met him on his 90th birthday, on July 10, 2015. Apart from his ease in comfortably switching between carefully measured words to the wit and humour he is typically known for, I especially remember how he greeted me with a soft and seemingly frail handshake.

The exchange was particularly striking at the time, reprogramming me into reconsidering whether he is no longer the man known for his strong, unflinching opinionated views. Minutes into the conversation, however, he made up for the softness in his handshake and demeanour with the firmness in his views.

While the purpose of that meeting was to discuss Islamophobia, Mahathir touched on a wide range of global issues. Explaining how Islamophobia is the cause, rather than a symptom, he cited underlying symptomatic triggers, including several examples of the hypocrisy of Western powers.

He also explained how the “absence of justice and equality and rising corruption by some of its leaders have forced many Muslim countries” breaking off into a brief pause before continuing “we know into its (current) quagmire”. In hindsight, the last point may also have been a veiled remark about his former protégé-turned-foe Najib Abdul Razak, the former prime minister of Malaysia.

In his soft-spoken voice, Mahathir posited with reflection why “Jews admirably have been so successful both, economically and at pushing back statements critical of Israel”. This was in remarkable contrast to his oft-quoted anti-semitic outbursts when he was last prime minister, between 1981-2003, frequently earning him White House rebukes similar to cringeworthy Islamophobic statements uttered by Donald Trump and rising number of far-right politicians today.

During the Asian financial crisis in 1997, Mahathir was also heavily criticised for the forced banking mergers, capital controls and bank recapitalisation but a decade later, the US Federal Reserve became a driving force for the same among US banks during the onset of the subprime mortgages-led credit crisis.

Nonetheless, it is easy to overlook how Mahathir ruled Malaysia with a metaphorical iron-fist for two decades, transforming Malaysia from a backwater into a developing country.

He moved the country up the value chain from one that was agriculturally based to a more industrialised one, engineering rapid economic growth, leaving decades-long affection and respect in the hearts and minds of the electorate, which in turn, evidently brought the ageing 92-year-old back into power.

However, Mahathir, as Malaysia’s longest-serving prime minister, also did not hesitate cracking down on activists, politicians, students and newspapers or the sacking of dissenting judges, shades of this arguably being a common occurrence in America today. In fact like Israel’s second longest-serving Prime Minister Benjamin Netanyahu, Mahathir, equally renowned for his contrarian diplomatic style, also often dismissed certain human rights reports critical of his country.

Considering the middle-income trap after over two disappointing decades since the Asian financial crisis, Mahathir and his incoming administration are no doubt inheriting the Malaysian economy that is praised for its relatively good macroeconomic management, especially compared to many other oil-exporting countries. While Najib’s alleged corruption no doubt became too much to ignore, he ought to be credited for shrinking the budget deficit from over six percent in 2009 to 3.1 percent in 2017.

Nevertheless, it is easy to forget an alternative to Mahathir would have meant a triumph of corruption. Corruption, which led to a loss in state coffers and much more damagingly, a blight on the reputation of Malaysia.

In fact, if Najib had won, it would have been quickly attributed to the stranglehold of Barisan Nasional (BN), the ruling party in Malaysian politics. Instead, since snatching a surprise win via Pakatan Harapan or Alliance of Hope, the mainstream media has been busy digging through its archives and listing all the possible flaws during Mahathir’s two decades as prime minister.

Mokhzani Mahathir, Mahathir’s second son, is ranked by Forbes with a net worth of over US$700 million (RM2,788.66 million) but there is no evidence to suggest the wealth of his family or his son is the result of cronyism. The same cannot be said of the unseated Najib, considering his shocking defeat at the polls as a result of his blatant kleptocracy.

However, in the end, it is worth remembering that Mahathir, the world’s oldest statesman, played a key role in creating Malaysia’s patronage-based economy, which his administration will now need to unwind.

Anwar Ibrahim is widely expected to play some sort of political role until he is ready to take the helm, best illustrating the game of thrones underway in Malaysia, correcting the wrongs and hopefully putting the country back on the path of progress, with the help of Mahathir’s unmatched sharp wits and unrelenting governance.

Meanwhile, summing up my almost hour-long meeting with Mahathir, I will forever remember him as a determined 90-year-old who counselled me with his parting words: “Never give up your battle until an avenue can be found”.

Once a fighter, always a fighter, I remember thinking as I left Mahathir’s office for the lobby, never once realising he is living proof of his own advice.

SIDDIQ BAZARWALA is the owner of HK-based Alpha Southeast Asia, an institutional investment magazine focused on covering Southeast Asia's banking and capital markets, and author of the book, Q&A with an Islamophobe.