LETTER | The change of government on May 9 has offered a real opportunity for Malaysians to fix the gaps and problems that currently plague the various state institutions in the country.

A priority among these institutions that require reforms would be the police.

For years, civil society groups, both at the national and international level, have documented and raised concerns about the systematic human rights violations committed by the police, including unlawful killings, torture and ill-treatment of persons in custody and the excessive use of force and firearms.

Due to the culture of impunity that has existed within the police, perpetrators are rarely been brought to justice, and there has been no remedy or reparations for victims.

Due to historical reasons, there exists a highly centralised police structure, which in the past was seen as part of the Umno-BN’s ‘state apparatus’; deployed to monitor government critics and use the array of restrictive laws at their disposal to arrest and criminalise those who were seen as a threat to the powers that be.

Many of us working on human rights have had to contend with plain clothes Special Branch officers monitoring our activities regularly and in some cases, being forced to cancel events due to police threats and intimidation of the venue owners.

2005 was to be a watershed moment for police reform when the former prime minister Abdullah Ahmad Badawi established the Royal Commission of Inquiry on the police. 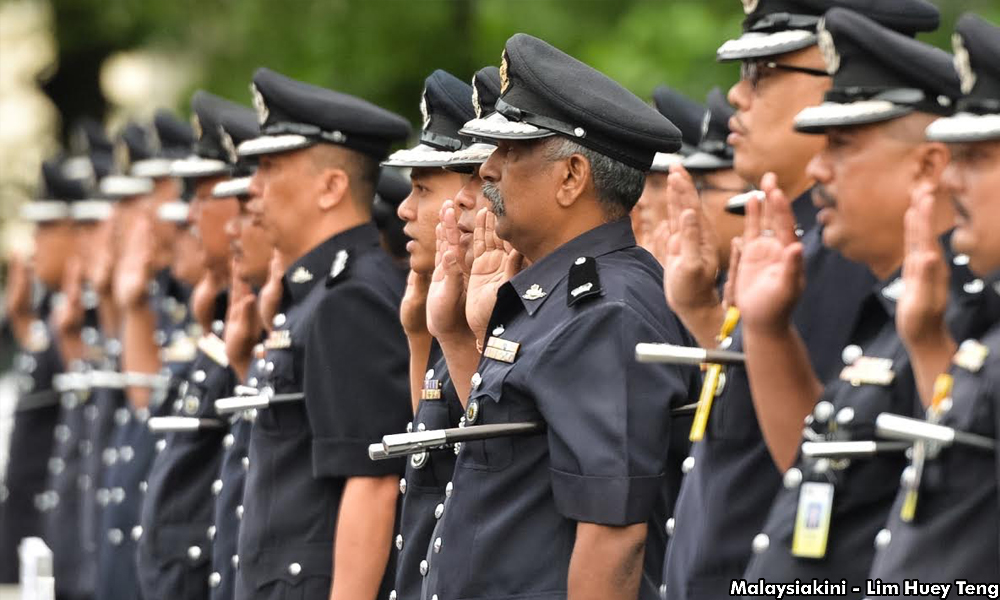 Based on feedback from various stakeholders across the country, including from civil society groups, the commission made 125 recommendations focusing on three areas of reform - crime reduction, eradicating corruption and instilling human rights-based policing.

Besides the repeal of restrictive laws, one key recommendation they made was the establishment of an external police oversight body, the Independent Police Complaints and Misconduct Commission (IPCMC) to monitor and deal with complaints regarding the police.

Because of pushback from the police, the then-BN administration unfortunately introduced a watered-down and ineffective alternative, the Enforcement Agency Integrity Commission (EAIC) to oversee 19 enforcement agencies in 2011.

It is clear that this body has failed miserably to address human rights violations by the police because of its broad scope, lack of resources and limited enforcement powers. This allowed for the culture of impunity within the police to persist.

The removal of the Umno-BN government on May 9, and pledge by the Pakatan Harapan government to setup the IPCMC now offers us another opportunity to address this issue.

On May 22, Home Minister Muhyiddin Yassin announced that the federal government is in the process of establishing the oversight body as outlined in the RCI recommendations.

It is critical that the IPCMC, at minimum, must have capacity to receive complaints directly from the public or to start an investigation on its own initiative of police misconduct.

It must also have sufficient investigative powers, including subpoena powers; the power to conduct searches and seizures; to compel the presence of witnesses including the police; to offer witness protection as well as the power to recommend further criminal or disciplinary action.

The oversight body must also have capacity to make recommendations for structural change within the police, to follow up on its recommendations and to publish its findings and recommendations. The lPCMC must also be sensitive to the particular needs of vulnerable and marginalised groups.

Having said that, I believe just establishing the IPCMC will not adequately address the culture of impunity that has continued for decades. Reforms of the police must also include improving internal mechanisms of accountability, intelligence reform as well as the decentralization of police powers.

For far too long internal accountability mechanisms to address police abuse have been opaque and secretive. While criminal offences may be dealt with by the IPCMC, disciplinary processes for police misconduct must also be made more transparent. 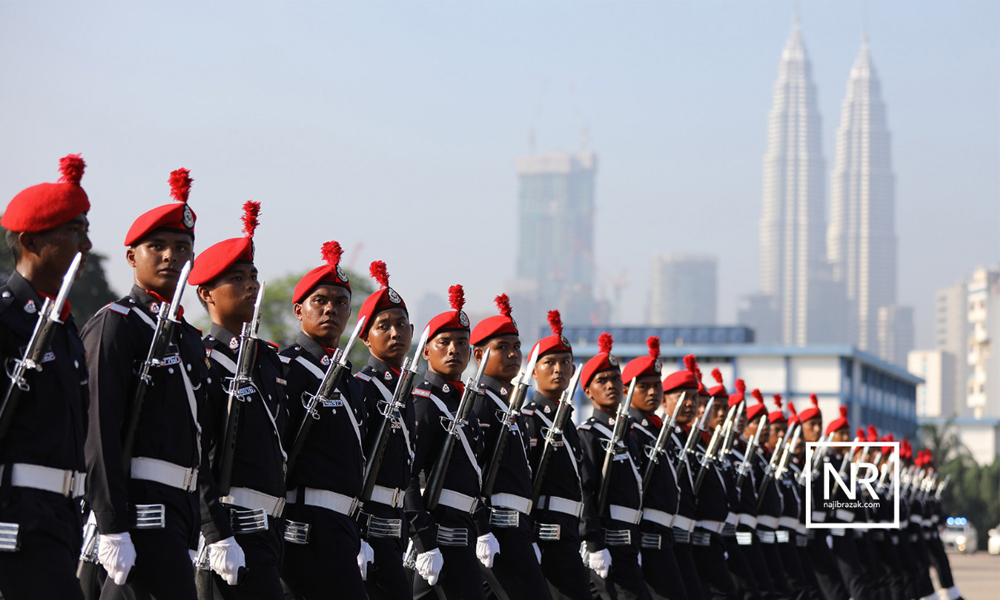 By ensuring that the public is aware of what internal mechanisms exist to handle disciplinary violations and outcomes of the complaints they have filed, it will increase trust and confidence in the police.

It also time for internal regulations of the police, such as SOPs and the inspector-general's standing orders (IGSO) to be made public, instead of being considered an ‘official secret’.

These orders and procedures must be reviewed to ensure they comply with existing international human rights standards such the UN Code of Conduct for Law Enforcement Officials, the UN Basic Principles on the Use of Force and Firearms and so forth.

All these standards and procedures must then be integrated into training programs for police recruits as well as existing police officers for enforcement.

Another key area where reforms are required is with the police intelligence unit, otherwise known as the Special Branch, which have operated above the law for decades.

The RCI in 2005 exposed allegations of torture and ill-treatment of detainees by the SB and concerns’ that ‘the SB may be manipulated by a party in power for political purposes’.

The RCI expressed its concern that ‘there appears to be no legal provisions dealing with the functions, powers and duties of the SB’. The Police Act does not spell out what 'security intelligence' means and what are the powers vested in the SB. 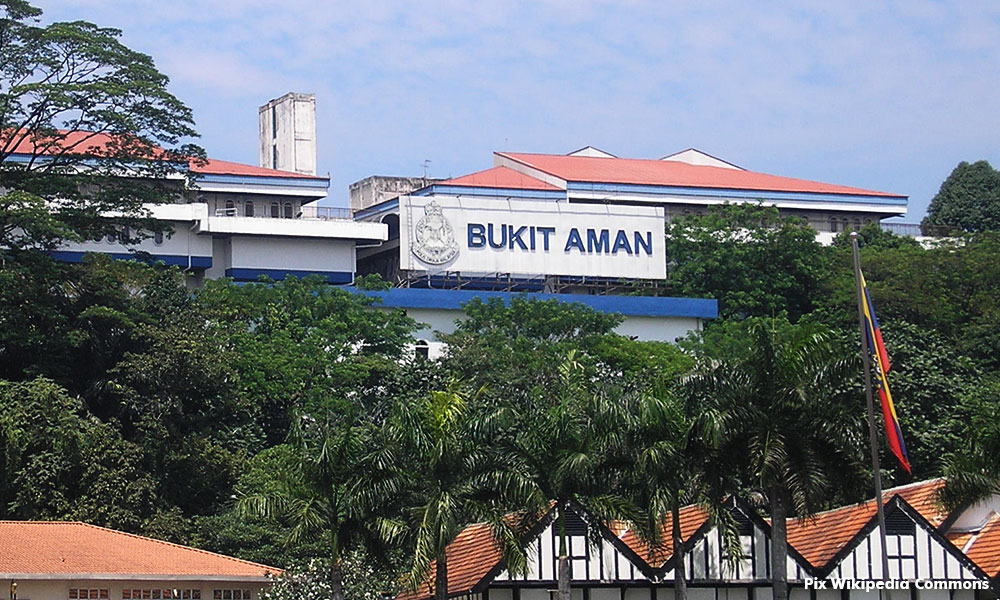 According to the commission, the SB appeared to be governed by a charter issued by the prime minister after independence. Ominously, even the RCI did not have access to the charter and were driven to the bare conclusion that to be valid, the charter must be made under authority of law

Among the recommendations made the commission was that the role and powers of the SB should be given expression in law, either in the form of a separate act or through amendments to the Police Act.

Further, it must be clarified that the collection of intelligence must not limit the rights of a person to engage in lawful advocacy, protest or dissent and the exercise of that right shall not by itself be regarded as prejudicial to security.

The SB must also prepare annual reports to the prime minister who should then present that report in Parliament, deleting any portion of the report which is considered prejudicial to security.

It is also time to consider a much more decentralised police structure, to enhance accountability.

Strong arguments for this have been already made by the Institute of Democracy and Economic Affairs (Ideas) in their policy paper by Nicholas Chan in 2016.

They argue there has been excessive concentration of power within the hands of the IGP rooted in a structure design that stems from historical contingencies and political considerations.

The IGP’s lack of professionalism and impartiality is a result of his broad powers, covering a whole range of competencies.

Decentralisation will allow for a division in policing competencies and a separation of powers. It may also help to create agencies that are closer to the communities they serve and will give local police greater discretion.

If these proposals are taken seriously by the Home Ministry, it will go a long way in addressing the current climate of police impunity and start improving public confidence in it. Maybe then the people will have a police service that is truly accountable to them.

JOSEF BENEDICT is a researcher on civic space with the World Alliance for Citizen Participation (Civicus).