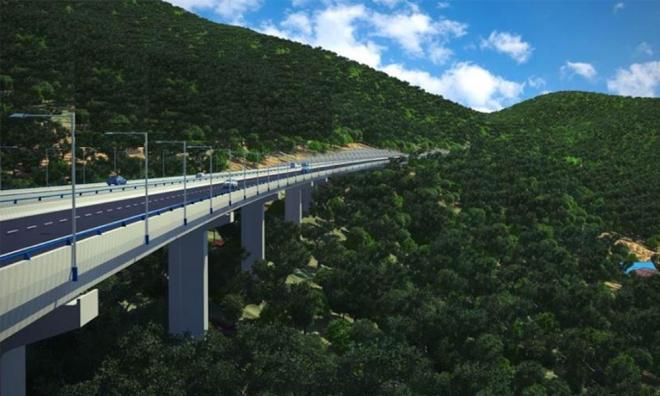 LETTER | The Penang Transport Master Plan (PTMP) has received renewed attention. The Penang Forum has called upon the Council of Eminent Persons to review the PTMP.

It is therefore proper for a daily road-user in Penang like myself to voice my view so that it can also be taken into consideration by the council. I have previously written about this. I am now elaborating more in view of the responses received thus far.

The PTMP has its root in the state government’s 2009 initiative to establish the Penang Transport Council, which included 10 NGOs as members. This led to the commissioning of a transport master plan report prepared by an international team comprising of Malaysia’s AJC Planning, UK’s Halcrow and Singapore’s Cruise Centre.

With the report as a guide, the state government had called for a “Request for Proposal” (RFP) open tender from August until December 2014 with the purpose to appoint a Project Delivery Partner (PDP). The open tender was further extended to February 2015.

The appointed PDP will manage the implementation of the PTMP projects together with the state government – which means, both the PDP and state government will conduct open tenders for all contractors and manage them to ensure timely delivery of the projects and they are within budget.

Also, the RFP allowed bidders to propose alternative plans. With that, a total of 55 local and foreign companies expressed interest, with six different proposals submitted.

The proposals were evaluated by the globally reputable audit and advisory firm KPMG, with head office in the Netherlands. After a thorough review of all the alternatives, the state government based on KPMG’s evaluation appointed SRS Consortium in August 2015 as PDP to implement the PTMP.

A further review was carried out with workshops and lab sessions attended by state and federal agencies and authorities. Changes were added to the PDP proposal then and formed the present PTMP. But wait, the review did not stop there. The Penang state government had subsequently engaged Universiti Sains Malaysia to look into the PTMP.

In addition to all the reviews, the state government has conducted more than 30 official engagement sessions and seminars within a span of two years to collect feedback and comments from the public and various stakeholders in Penang. This was way before any approval was granted for the proposal. The state earnestly carried out the engagements openly, without being legally required to do so.

To summarise, the present PTMP was decided after alternatives were considered and international studies, professional reviews, and public engagements were conducted.

It is either a joke or malicious to accuse the state government of being ‘closed-minded’ with regards to the PTMP. The state government’s handling of the PTMP so far has been open, transparent, and international.

An expert review is an expert review, regardless whether it pleases Penang Forum or not. It seems that the NGO only acknowledges views pleasing to them as “expert” and credible. Views that are alternate to theirs are dismissed. This is ironic as Penang Forum alleges the state government of not being open to alternatives.

Penang Forum’s so-called alternative proposal has no financing plan and thus is not feasible, to begin with. Nonetheless, the NGO still persistently asks the government to spend according to their demand, such as conducting further reviews by international experts, without providing any funding strategy on how this will be financed. How is this sustainable? Perhaps, Penang Forum needs to review their own proposal?

Many critiques levelled at PTMP’s construction of new roads assume the dichotomy between private car ownership and public transportation. It is heavily assumed that more roads mean more usage of private cars and lesser reliance on public transport. This assumption was popular up until recently with the arrival of disruptive technologies, collaborative consumption, and sharing economy.

Take, for example, ride-hailing services such as Grab that turn private cars into a contributor to public mobility running on roads. The present era can hardly characterise roads solely for the use of private cars (or specifically, for private consumption). New technology and business model have changed that. Not to mention other upcoming technologies that might reduce mobility or bring collaborative consumption to the next level.

PTMP’s multi-modal approach that provides new strategic bypasses, as well as other modes of public transport, is preparing Penang for the future.

To use the working assumption from the pre-Grab era with its false dichotomy to critique PTMP as a questionable plan is rather primitive. Only such backward comparison would see the supply of lengthier highways per capita as a negative.

The PTMP has received much feedback. Some are genuine, some misleading. For example of the latter, there are critics who claim neutrality and scholarly but mislead the public with “quantitative evidence”.

Case in point, the use of Hong Kong's density of 17,000 per square km to show that the estimated density of PTMP’s reclaimed islands is 27 percent higher. Hong Kong has three main regions, but why choose the hilly Hong Kong island and not the flat land Kowloon to compare with the three reclaimed islands in the south of Penang Island that are also flat land? Isn’t comparing flat-land with flat-land more relevant and scholarly sound?

But no, critics preferred to use Hong Kong island’s density instead of Kowloon’s even though the latter is geographically more relevant (similar) to compare with the reclaimed islands.

This is not a case of an expert offering alternative views but actual misrepresentation of data to sway public opinion. Why such manipulation? The reason can only be one - to deceive the public so that people will reject PTMP.

Surprisingly, there are NGOs and individuals claiming neutrality that would use and/or endorse such manipulation of “quantitative evidence” to ill-inform the public. In this instance, claiming to be a neutral scholar and deceiving the public can go hand-in-hand.