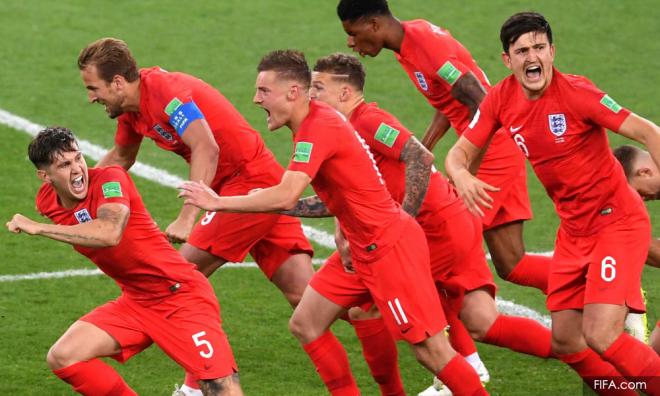 LETTER | On the day that England ended its penalty curse in the World Cup, Malaysia may have also ended its decades-long curse of unequal justice, in both perception and in practice.

The court charges against former prime minister Najib Abdul Razak is a watershed moment for Malaysia. It is a powerful signal to the old powers that be - that the people have wrestled back the ownership of the country.

One may reach the highest pinnacle in Malaysia, but can still be brought down to earth if laws are broken. No one in Malaysia should be seen to be above the law.

For too long, the long arm of the law seemed unable to reach those high up in power.

Government servants and their family members flaunted their wealth even as Malaysians despair of the stench of corruption within the government.

Political warlords disrupted peaceful assemblies, threatened or inflict violence on civil society with impunity. Often they got away with nothing more than a slap on the wrist from the authorities.

Much of the country’s institutions that were meant to serve the people, were instead subverted to serve the interests of the privileged few. Antiquated oppressive laws and new ones were made to further entrench the favoured ones.

Those whom we look up to for protection and accountability instead looked down upon us and trample upon our rights. What is worse, these overlords created imaginary conflicts in the minds of the people via their control of the media, causing normal peace-loving Malaysians to casts suspicious glances at their countrymen and brethren.

Those who could and should say something remain silent, while those who did speak up for the masses ended up being persecuted or silenced.

To Pakatan Harapan leaders, let this serve as a stern reminder. The office, the title, the perks, the privileges – these are entrusted to you in order that you can best serve the people. You may have earned your seat of power, but you have to continue to justify why we should keep you there.

We have the duty to question our leaders

To fellow Malaysians, be vigilant! The chameleon; the charmer; the honey-tongued strongman masquerading as a statesman lies ever in waiting for the right time to grasp absolute power if we let our guard down. The docile, passive stance that “our leaders know best” should be stopped.

We have the duty to question our leaders when we felt they did something wrong. Contrasting opinions must be allowed to flourish in the new Malaysia, and not be dictated or left to “the wisdom of our venerable leaders”.

There are those who say that the new Malaysia is fragile – that we should tread delicately with the new government, who are still struggling to form a cohesive coalition.

These well-meaning Malaysians argued we should hold back our criticisms and views, to allow time and space for the coalition to solidify their position and find their feet, lest we upset the whole apple cart and the new Malaysia come crashing down.

Well, that may be, and their position and decision should be respected. However, do not deprive others to speak their mind. Malaysians have fought hard for the right to be heard - and some are not prepared to relinquish that right so early on in the game, because they want to be a voice in the shaping of a new Malaysia.

In the new Malaysia, competing ideas and thoughts that may not be consistent with the new leaders’ must be allowed to be heard, not “at the right time” (a favourite phrase of our past leaders), but immediately. When one has the conviction and facts, the time to speak up is always now.

Nevertheless, these are heady times for many Malaysians. There is a sense of newfound freedom and massive pride of what the nation has achieved.

The many shackles that have held back the country’s immense potential have been lifted. We even have a 25-year-old minister.

Who knows, maybe we will see finally see Malaysia in the World Cup after all.