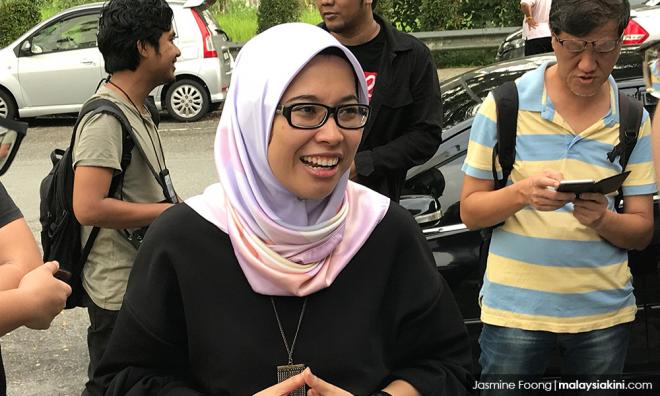 LETTER | We are outraged and deeply concerned with the decision of the police to investigate activist Fadiah Nadwa Fikri under section 9(1) of the Peaceful Assembly Act (PAA).

This follows a solidarity gathering that was held outside IPD Brickfields on July 11, where Fadiah was due to be questioned under Section 4(1) of the Sedition Act and Section 233 of the Communications and Multimedia Act regarding an article she had written.

This first investigation was spurious enough, and the use of the archaic, draconian Sedition Act was certainly uncalled for.

The fact that the police would take this a step further and thereafter open yet another investigation into what was clearly a peaceful gathering of concerned citizens defending their constitutional right to free speech is most deplorable.

Furthermore, Fadiah was not even the organiser of the solidarity gathering that day, making the reasoning of the latest investigation even more suspect.

Malaysians throughout the nation have been filled with hope that May 9 marked the beginning of a genuinely new Malaysia - the Malaysia Bharu which we were promised.

Unfortunately, these heavy-handed actions of the police are anything but new, and are instead vividly reminiscent of BN era abuses of power and the use of unjust laws to oppress constitutionally guaranteed freedom of speech and rights to assemble peacefully.

In Promise 27 of the Pakatan Harapan manifesto, the Sedition Act, the Communications and Multimedia Act, and PAA are all specifically mentioned and unambiguously earmarked for abolition or amendment.

If the government has any sincerity whatsoever regarding these promises, all government agencies - especially the police - should be properly briefed and prohibited from infringing on the rights of concerned Malaysians through these repressive laws until they have been repealed in Parliament.

We call for all these unnecessary investigations to be dropped immediately. We hope this new government will back up their rhetoric with committed and decisive action.

In these crucial early days, as the government sets the tone for its administration, we hope to see a genuine departure from the old oppression, and a transition into a Malaysia where all ideas can be discussed peacefully and our constitutional rights exercised maturely.