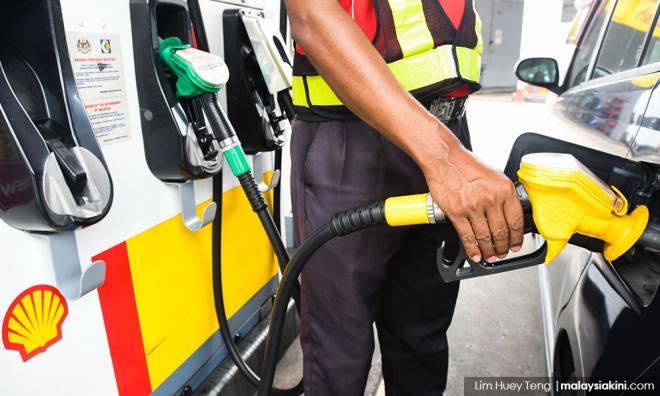 No better time to end fuel subsidies than now

LETTER | It’s been just over two months since the Pakatan Harapan coalition came into power. In that time, the Malaysian government has spent RM1.4 billion on fuel subsidies, as estimated by Rafizi Ramli in a recent blog post.

Soon after winning GE14, Prime Minister Dr Mahathir Mohamad announced that the weekly price float mechanism for RON95 and diesel would be removed, fixing them at RM2.20 and RM2.18 per litre respectively.

This price fix will remain in place until the end of the year as the government studies potential avenues to implement its targeted fuel subsidy policy outlined in the Harapan manifesto.

Continued subsidies will only portray an artificially low cost of fuel to the rakyat, while encouraging private vehicle usage, leading to more urban road congestion and increased carbon emissions.

This leads us down a dangerous path of normalising subsidies once again – at a time when it’s more important than ever to wean off fossil fuel consumption. As a signatory to the Paris Agreement, Malaysia has shown its commitment to reaching our global temperature increase target.

The reintroduction of fuel subsidies completely contradicts our contributions to solving the global climate crisis. The government is paying money to continue to emit carbon, at a time when expenditure is becoming increasingly scrutinised.

The moral reasons notwithstanding, the reintroduction of fuel subsidies may be popular and well received by the general Malaysian population. The Harapan coalition ran on a pro-rakyat, pro-welfare platform, emphasising the need for a reform to the high cost of living.

Throwing fuel subsidies into the bucket of tactics to reduce the cost of living is short-sighted and this is where we need to have a conversation about externalised costs.

While the rakyat may benefit from more affordable fuel at the point of sale, the true cost – or externalised cost – is not appropriately accounted for.

While even the market price of fuel would not adequately cover all of these additional externalised costs, we should not be paying any less than that.

In the era of fiscal responsibility, Malaysia could really use the savings from the removal of subsidies. While deterring the increased use of fossil fuels, the savings could be used to incentivise more renewable energy and energy efficiency projects around the country.

As a point of reference, just before GE14, the Green Technology Financing Scheme was recently renewed for a period of five years from 2018 to 2022, to the tune of up to RM5 billion. To put that into perspective, at its current rate, the government will spend RM5 billion on fuel subsidies in under eight months.

A Malaysia that prioritises good public transportation infrastructure and services, renewable energy and energy efficiency projects instead of fossil fuels is a Malaysia that is on the right track of developing in a sustainable manner.

While the fiscal argument to removing fossil fuel subsidies may be more convincing, we still need to make the moral argument. Over the last two centuries, the world has been built upon fossil fuels, with carbon-intensive development led by the West.

This is the very premise to the argument that developed nations bear historical responsibility when it comes to fighting climate change. While Malaysia ought to champion the principle of equity on the international stage, we also need to be doing our part at home.

By cutting fuel subsidies and throwing our full weight into sustainable mobility and renewable energy, we can lead the way, specifically in the Southeast Asia region, in actively finding ways to solve the climate crisis.

So here we stand – at a nation-defining juncture. “Malaysia Baru” represents new hope for many. The question remains: do we want to look at the well-being of Malaysians only for the next five years, or for the next 50?

We can either bid goodbye to a safe and secure future for our youth, or we can act now and make a difference. To get on a 2°C pathway, in line with the Paris Agreement, we need to take drastic action now, and it starts with us quitting our fossil fuel addiction.

With a strong political will, we can make a just energy transition happen.