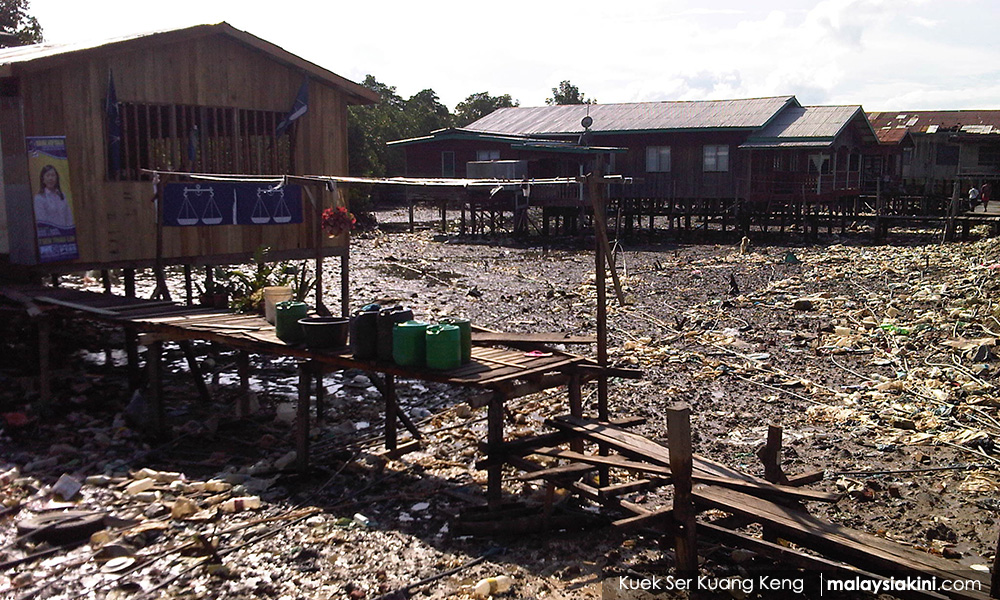 Planet Earth, the mothership, is sinking …

LETTER | Earth Overshoot Day (EOD) which falls on Aug 1, today, this year will most likely pass unnoticed by nearly all Malaysians as well as the global community even though its significance for us all, the planet and future generations is deeply alarming.

According to its website, EOD “marks the date when we (all of humanity) would have used more from nature than our planet can renew in the entire year” which is based on the Ecological Footprint (EF), a measurement of human impact on the environment.

Of greater concern is that the date keeps getting earlier every year, which indicates we are living well above the ecological limits of one planet with no signs of addressing this critical situation.

An analogy to this would be that if we had a fixed deposit in the bank and expected to live on the savings (based on the interest rate) for the year, we would have run out of our savings on Aug 1 and would have to draw from our principal for the rest of the year. The planet works on the same premise with natural capital replacing principal.

Based on the Living Planet Report (LPR) 2016, we are now consuming the resources of 1.6 planets compared to 1.5 planets in 2007. If the planet were a ship, Aug 1 is the day when we meet the submersion limit capacity or the Plimsoll line. Any more loading of cargo will lead to the ship taking in water and sinking.

As Professor William Rees, the originator of ecological footprint analysis (EFA) which measures ecological limits, in a speech at an EPSM conference in 2007, asked: “We know enough not to load a ship beyond its cargo capacity as indicated by the Plimsoll line. Why do we think we can get away with overloading the Earth?”

An appropriate follow-up question 11 years later would be: “Are we really getting away with overloading the Earth?” LPR 2016 showed that “monitored species population abundance declined by 58 percent between 1970 and 2012”.

The same report goes on to state that four of the nine Earth system processes, or planetary boundaries, are already beyond their safe limits and may lead to dangerous levels of instability in the Earth system resulting in increased risk to life on earth. It will come as no surprise that one of these four processes is climate change.

Could the current spate of extreme weather events and natural disasters such as floods, heatwaves and forest fires we are currently experiencing in different parts of the world at the same time also be symptoms of this increased risk to life?

With an ecological footprint of 3.7 global hectares per capita (LPR 2016), we, in Malaysia are consuming the resources of 2.2 planets in general without differentiating for the urban-rural divide. Most of us living in the urban centres where the footprint is higher have a direct role to play in lowering our footprints.

At the same time, in the era of a new Malaysia, government intervention can play a central role on this issue by ensuring all development planning from now on is re-focused on prioritising recognition of ecological limits so that social and economic goals are kept within the limits of the natural capital budget. A good starting point would be to acknowledge ecological limits and reassess the role of the economy rooted in growth which leads to serious depletion of ecosystem services.

Creating an institutional framework for mainstreaming sustainable development in Malaysia involving all the ministries as well as the three tiers of government, would provide the mechanism to facilitate this sustainable shift, by making ecological limits a core consideration of the entire government and not just agencies tasked with protecting the environment.

Another important activity would be to obtain original baseline data for EF in Malaysia by issuing a directive for a pilot project to measure the ecological footprint of one major city in Malaysia. This could then become the starting point to generate strategies to make the shift to low carbon development in Malaysia while also safeguarding biodiversity.

These measures are the very least we can undertake as our ethical imperative for protecting the current and future generations.