LETTER | We refer to the letter by Mohamed Rafick Khan published by Malaysiakini yesterday, and wish to correct several misconceptions regarding the Bukit Tagar Sanitary Landfill (BTSL) and other matters raised in the letter.

The BTSL was conceived and developed as a regional sanitary landfill, capable of handling solid waste from Selangor and Kuala Lumpur. It has been operating since 2005, managing the entire solid waste generated from Kuala Lumpur and several municipalities from Selangor.

Presently, it receives approximately 2,500 tons of solid waste per day from these parties.

With a total capacity of 120 million metric tons, BTSL has sufficient capacity to last over 100 years based on the daily amount it currently receives, and even after taking into account annual waste volume increment over the years.

A solution of over 100 years is as good as a permanent solution for the government of the day. It need not look for alternative solid waste facilities for Kuala Lumpur for many more years to come. Instead, what it should do is to implement ways to reduce waste volume through recycling and other similar means.

Hence, the concern on BTSL’s lifespan expressed by the writer in the open letter to minister is not an issue. If anything at all, the concern about lifespan should be on the incinerator as it has a lifespan of around 15 to 20 years, and is not designed to run indefinitely.

The writer stated that the issue with the Kepong incinerator is not about technology, but about public perception towards the government and the project itself “as a result of lack of trust of the people in the government ability to manage and enforce environmental standards”.

The writer continued to state “I don’t blame them, as there are enough examples to show the public the government incompetence in this matter where monitoring and enforcement are compromised by politics”.

Due to the potential problems with running the incinerator because of the aforementioned reasons, the writer suggested instead of Kepong, the incinerator should be shifted to a more appropriate location.

If the writer believes the government is incompetent in matters of monitoring and enforcement, it is irrelevant where the incinerator is relocated. The fundamental flaw with regards to incompetence will still be there.

By relocating the incinerator, it also runs contrary to one of the main reasons given by the government to have the incinerator in Taman Beringin as it supposedly reduces the transportation cost compared to going to BTSL (which is not true because the overall cost in all respect is higher compared to BTSL).

The writer also mentioned that landfills in the current form are not environmentally friendly. This is a sweeping statement as the writer failed to distinguish between a sanitary landfill and dumpsite. 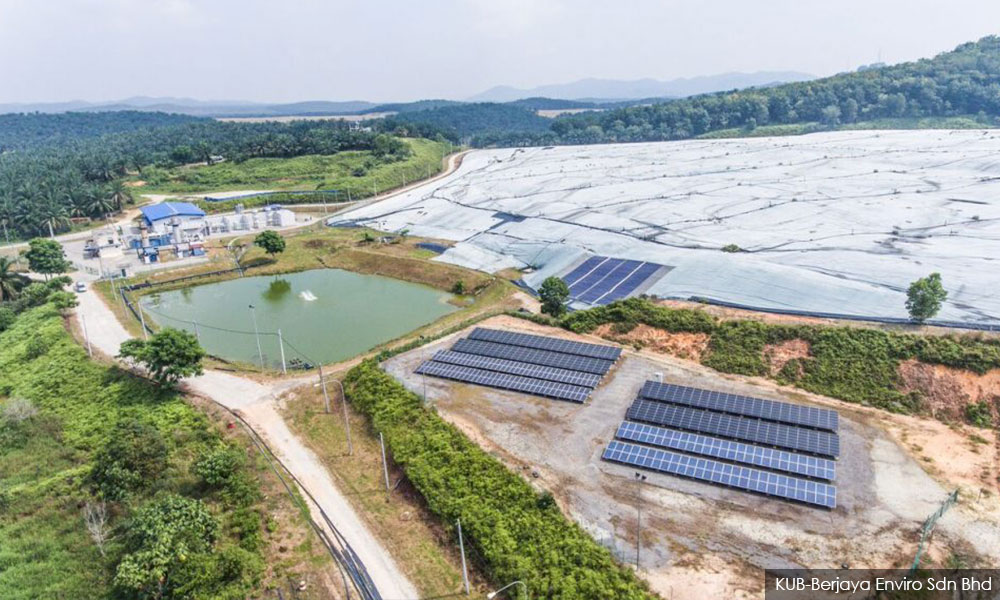 BTSL is a fully-engineered landfill with full HDPE membrane liner, leachate collection and treatment facilities, comprehensive landfill gas management system and power generation facility connected to the national grid. It has achieved many firsts in landfill technologies and operations, such as:

The BTSL has also won numerous local and international awards in engineering and environmental sectors, such as:

With these credentials, BTSL can hardly be considered as environmentally unfriendly.

We have always wondered why Kuala Lumpur needs the incinerator if it can only handle up to 1,000 tons of waste per day, when the waste generated in Kuala Lumpur is about 2,300 tons a day, and at a much higher tipping fee compared to BTSL.

In short, why do we need the incinerator if it is only capable of handling less than half the waste volume at a higher price, with a shorter lifespan?

From our standpoint, there is no need for the incinerator at all as BTSL is more than capable of managing Kuala Lumpur’s waste for the long term in every aspect in relation to capacity, tipping fee, social consideration, technology and environmental compliance.

The writer is the managing director of KUB-Berjaya Enviro Sdn Bhd, which is the concessionaire of the Bukit Tagar Sanitary Landfill.

Read more from this author :
Chock Eng Tah
Read more like this :
#incinerator
#bukittagar
#sanitarylandfill
View Comments
Most Read
Most Commented
Most Recent