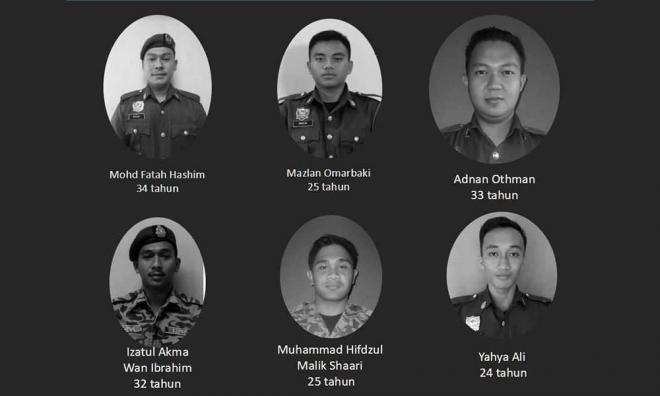 'Tabik' to our six Bomba heroes

All the fallen young men deserve our highest salute and accolades as they braved the odds and danger in the course of rescuing a teenager reported missing.

The Bomba crew has never failed to respond to emergency calls from the public, irrespective of circumstances or incident. Their dedication to public service must be exalted.

It is tragic indeed as our Fire and Rescue Department was robbed of six young and able-bodied man with bright, promising futures, while young families will now have to grow up fatherless and wives are unexpectedly made widows.

Meanwhile, Wanita MCA proposes that an inquest be held to investigate the circumstances that led to this unforeseen loss which dealt a major blow to the Bomba team, to avoid public speculation and erosion of confidence in Bomba personnel.

At the same time, we also urge parents to be mindful of the whereabouts of their children, especially those who are in their adolescence, and when there is a torrential downpour. Still in their impressionable youth years, teenagers can be  attracted to test and dare challenging circumstances despite the clear presence of danger.

Meanwhile, the PKR-led Selangor state government must be taken to task as to why there were insufficient barriers or warning signs placed at the weir of the disused mining pool. It is disappointing that the public has to wait for a tragedy to befall to only act on ordering the sealing up the mining pool.

Our highest salute to the six rescue team members, once again. Sembah takziah to the families of the departed.

The writer is Wanita MCA chairperson.