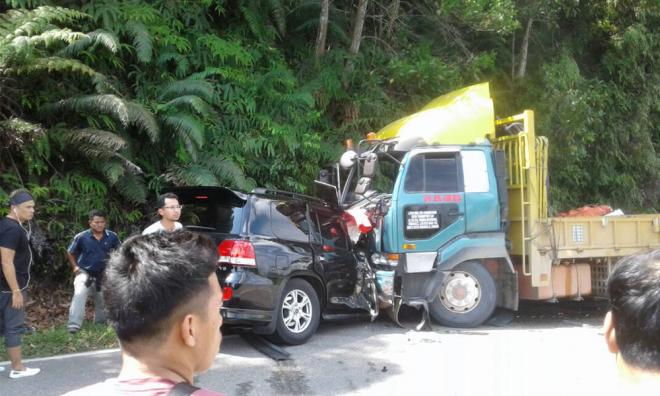 LETTER | Recently, the nation was shocked with a very unfortunate tragedy which caused the avoidable deaths of five people who were burnt to death in a crash involving a trailer and a car at KM255.6 of North-South Expressway northbound, near the Menora Tunnel.

Similar to previous incidents, the trailer driver’s blood and urine tests revealed traces of amphetamine, methamphetamine, diphenhydramine and chlorpheniramine and he had shockingly accumulated a record of 31 summonses involving various traffic violations since 1999.

The driver has since been charged for driving while under the influence of intoxicating liquor or drugs under court Section 44(1) of the Road Transport Act 1987 but unfortunately, the operating permit of the transport company was merely suspended.

The Malaysia Consumers Movement (MCM) calls upon the government to similarly charge the transport company directors for negligence in allowing their drivers to drive under the influence of intoxicants.

It is their responsibility to ensure that the drivers are always in the best mental and physical condition prior to embarking on a particular commercial journey.

Punishment must also be meted on their apparent failure to pay up all the accumulated summonses. This will send a clear message to transport company owners that they owe an equal or higher responsibility to the public while the regulatory authorities are serious in enforcing laws and regulations.

Further, the government must conduct a thorough root cause analysis on such tragedies. The MCM believes that most commonly, drivers of public transport vehicles operate on a per trip commission basis.

The more trips logged would translate into better income. This arrangement may force drivers to rely on stimulant drugs to keep them going, endangering innocent lives in the process.

It is also important that the government formulate and implement policies capable of transforming public vehicle driving into a respected career rather than a mere odd job with no income certainty.

Circumstances caused by road traffic accidents are always devastating, worse still when such loss was avoidable.

The pain for the victims’ families is indeed unimaginable.

Despite significant news coverage and calls for action from various interest groups, accidents continue to happen, more often than not with far worse consequences. It is time for concrete action.