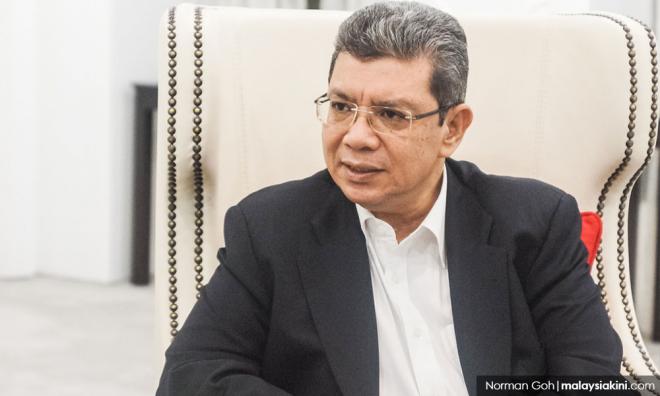 LETTER | Congratulations to Foreign Minister Saifuddin Abdullah on the recent establishment of the Consultative Council on Foreign Policy under the Foreign Ministry.

It is hoped that this council would be able to give advice that could lead to rectifying some of the shortsightedness of our foreign policy, which is largely a legacy of the previous administration.

One such shortcoming is our continued lackadaisical policy towards the Pacific Island states.

Their unique environments provide important ocean resources, including the world’s largest tuna fishery, as well as a virtual global laboratory for the earliest impacts of climate change.

Alongside their other global partners, Malaysia too has an opportunity to do more with Pacific Island governments on unified approaches to develop needs that promote a common destiny for such a geographically vast region.

The Pacific Islands Forum (PIF) is an intergovernmental organisation that aims to enhance cooperation between the independent countries of the Pacific Ocean .

It was founded in 1971 as the South Pacific Forum. In 1999, the name was changed to "Pacific Islands Forum" to be more inclusive of the Forum's Oceania-spanning membership of both north and south Pacific Island countries, including Australia and New Zealand.

So, what is the relevance of the Pacific Island states to Malaysia?

A majority of them are individual member states of the United Nations and thus have voting powers. If Malaysia  wants to play a bigger role in the UN by sitting on important commissions, including a potential return to the Security Council, the support of the PIF states is crucial.

Last year, Malaysia lost by one vote to Afghanistan to sit on the United Nations Commission on Human Rights. With the exception of Nauru, the rest of the Pacific did not vote for Malaysia.

It is not widely known which Malaysian diplomatic mission also serves as being accredited to the smaller Pacific Islands. Clearly Malaysia has ignored the usefulness of the Pacific Island states at its peril.

Early this month, member states of the Western Pacific region of the World Health Organisation, through its health ministers, elected a new regional director. The seat was hotly contested by Malaysia, Japan, the Philippines and New Zealand.

Needless to say, Malaysia’s nominee did not make it, again, because no significant efforts were made to enlist the help of the Pacific Island states which also belong to the Western Pacific region of the World Health Organisation.

Last month, Nauru hosted the 49th PIF meeting. Malaysia, being a dialogue partner for the PIF, was also invited. No representative from Malaysia or the supposedly accredited envoy bothered to turn up.

It was another wasted opportunity for our country to establish friendship and harness the potential support of the Pacific countries.

The foreign minister needs to adhere to to the call made by Prime Minister Dr Mahathir Mohamad at the UN General Assembly recently, where he said, "The New Malaysia believes in co-operation based on mutual respect, for mutual gain. We believe in the goodness of cooperation, that a prosperous neighbour would contribute to our own prosperity and stability".

I hope the New Malaysia repositions itself in the Pacific and takes immediate steps to foster a respectful and mutually rewarding collaboration with our friends in the Pacific.

DR ANDREW MOHANRAJ is honorary consul of Nauru to Malaysia.