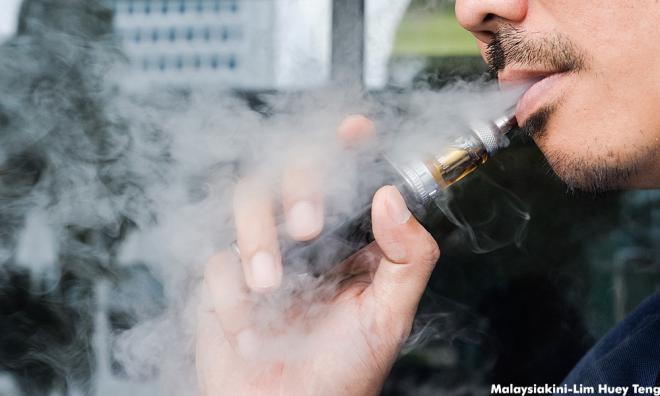 For a smoke-free future, take a leaf from New Zealand

LETTER | There has been a lot of debate in Malaysia recently about vaping. The Health Ministry has clarified that electronic cigarettes (which, on the whole, apparently has been defined to include vaping) and shisha containing nicotine, will come under a nationwide ban on smoking at all eateries from Jan 1, 2019.

But non-nicotine electronic cigarettes will apparently be exempted.

It’s a good thing that smoking will no longer be allowed in food and beverage outlets. It often makes eating out an unpleasant experience for non-smokers.

But the decision to include smoke-free alternatives in the ban may not be the best option. For one thing, it might be unwise to lump all smoke-free devices in one and the same category.

A vape is very different from, say, a heated tobacco device. Either may not necessarily be as harmful to their users and those around them.

If one or the other can be proven to be, then it would not be fair to include them in the ban.

But, most importantly, for smokers, these devices serve a role as transitionary devices towards a smoke-free life. While we can simply shame smokers into submission, isn’t there a better way forward?

Especially considering the lack of a transitionary framework forwarded by the relevant authorities to discourage tobacco consumption?

I do not envy the body that is saddled with the task of enforcing the prohibition, especially when one considers the dizzying array of alternatives to cigarettes that Malaysians now use. Given that shisha cubes and vaping liquids contain some form of tobacco, how do we decide which is which?

Also, the last thing we want to do is to drive people seeking to quit smoking underground. It will make the practice possibly even more harmful, especially if a ban forces people to jury-rig their own devices or gives room for irresponsible parties to manufacture their own products without control.

There are just too many grey areas and loopholes for a ban to work in Malaysia right now. The country ought to take a leaf from what New Zealand is working towards.

In November 2018, it was announced that its government will amend its Smoke-free Environments Act 1990 (SFEA) in 2019 to regulate smoke-free alternatives.

It does extend its existing ban on smoking in public places (such as offices, pubs and dining rooms) to vaping as well.

This is, however, being done to clearly define vaping as an alternative to smoking. The act will also ensure that smoke-free alternative products are of better quality.

The changes will also impose regulation on how such products are sold, with an eye towards preventing them from spreading to children.

It does not claim that smoke-free alternatives are completely harm-free, but what is being proposed is, ironically, making it safer for smokers to switch to.

Malaysia should be considering something similar. The government should be careful about imposing any ban on smoke-free alternatives until we have proper regulation of these products or at least until health authorities can properly assess these products.

What are they? What are the minimum standards by which they must be manufactured? Where can they be sold and to whom? Is the science behind them credible?

The public also needs more information on what these products do and what sort of safety standards they should look out for, so they can make informed decisions. These are the questions that must be asked and answered before a ban is imposed.