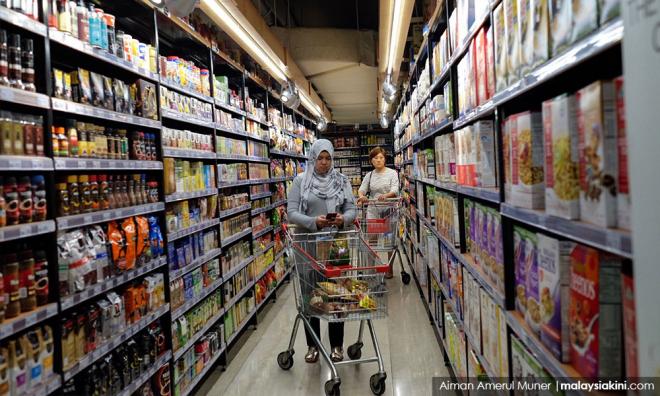 LETTER | Malaysians are eager to know what the Pakatan Harapan (PH) government has accomplished since May 9 with the opposition going on its propaganda spree telling the world that the government has not improved the country’s economy. The latest being MCA’s Wee Ka Siong who condescendingly urged Finance Minister Lim Guan Eng to work his magic.

In general, Malaysians are patient and understand that the new government needs time to improve the economy. No economist or politician can fix the RM1 trillion indebted economy overnight or over a year or two.

The past six months, however, have shown signs of significant improvement. For one, our inflation rate has been reduced by 84%. The average inflation rate from June to October 2017 was 3.6% which is very high compared to the same period this year, at 0.56%.

The current opposition, the then government, had engineered an economy model that had confiscated much from the people, the dark side of the so-called “Najibnomics.” Let me explain.

The Goods and Services Tax (GST) introduced in April 2015 had enabled the government to tax every single transaction in the country, except certain zero-rated and exempted products. By the end of the year, the BN government has collected RM27 billion. The following year, GST channelled RM41 billion to the government.

The government can manipulate prices in the economy to extract more tax money. "By a continuing process of inflation,” as John Maynard Keynes wrote, “governments can confiscate, secretly and unobserved, an important part of the wealth of their citizens."

But how to gradually inflate prices in the economy?

One way to do that is to make volatile an essential commodity. When the price of that commodity becomes unpredictable, the prices in the economy will increase to curb losses or anticipate a higher production cost. So what is that commodity in Malaysia? Petrol.

That is why five months before the introduction of GST, the BN administration ended oil subsidies, allowing market forces to make volatile the price of that commodity.

The plan worked - the volatility of petrol prices gradually increased inflation. By February 2016, our inflation rate hit 4.2%, which later was overtaken by a 4.9% in March 2017, the highest inflation increase since 2009. GST collection in 2017 was RM44 billion, highest since its implementation. The citizens’ wealth was confiscated secretly and unobserved.

When we look back on the past five years, it seems that inflation was imperative for Najibnomics. The Nobel Laureate Friedrich von Hayek is right, “Economic history is largely a history of inflation, usually inflation that is engineered by the government for the gain of government.”

Malaysia’s average inflation rate from 2013 to 2017 was higher than our neighbours and some advanced economies.

The Harapan government’s policy has managed to temporarily slow down inflation. By fixing the price of RON95 and diesel, the new government has reduced the volatility of prices in the economy.

On top of that, the switch from GST to the Sales and Services Tax (SST) with the three-month tax-less interval has reduced tax collection and thus increased people’s disposable income by RM22 billion. These two measures have stabilised the market and showed a drastic difference between the inflation rates before and after the 14th general election.

Harapan has proven its ability to stabilise the economy, reduce inflation, protect our savings and EPF funds and abolished Najibnomics. “Low and stable inflation,” as noted by Ben Bernanke, “is an important accomplishment that will continue to bring significant benefits.”

Notwithstanding those who cannot see the improvement, it is nothing short of magical to have our inflation rate reduced by 84% over the past five months by the new government.