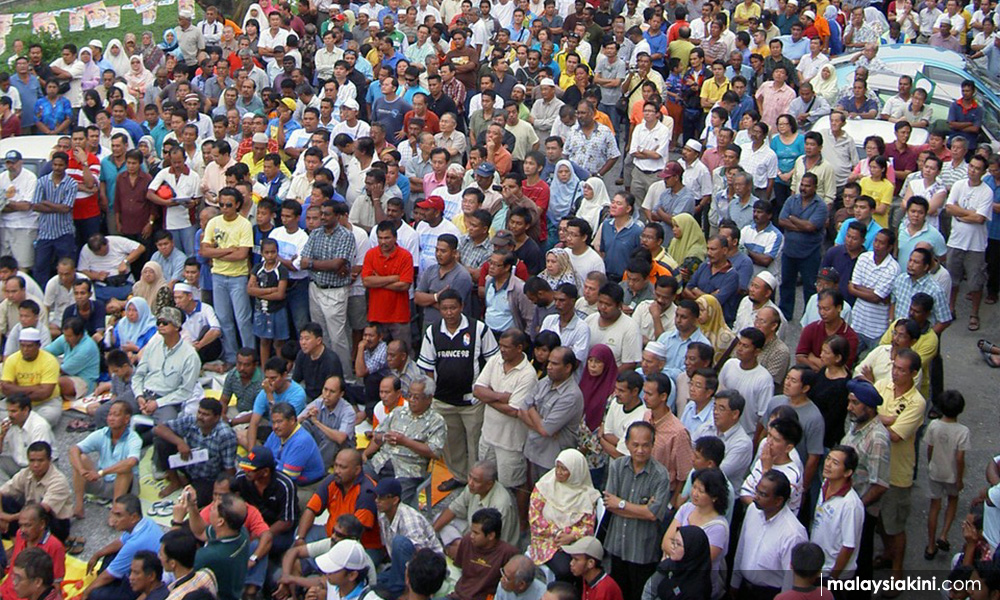 LETTER | May 9, 2018, heralded the vision of a “new Malaysia” we all have been longing for. For many, it was the beginning of hope that our beloved country can now start the healing process when there has been so much of distrust, intolerance, and even hatred between our fellow Malaysians from different religious, racial, political and ideological backgrounds.

How did this happen over the last half-century of the formation of Malaysia? We all reminisce the times when we looked at each other without the lens of prejudice or judgement because of the difference in the colour of our skin or religious beliefs. There were no boundaries between us and we sat, ate and laughed together without even realising our differences.

So how and why did this change occur over the years? Many have said it’s because of the race-based political system, our segregated schooling system and even religious intolerance being taught in our schools.

I believe, however, that this stems from something much closer to home. It actually starts from within the family unit itself. If we demonstrate our lack of tolerance in front of our own family, especially our children, then it’s no surprise that they themselves grow up with the same thinking.

Quite often, we inevitably make remarks of a certain person or group of people because of the difference in cultural and religious beliefs. Whilst comedians like Russel Peters or Harith Iskandar may help us see the funny side of things, we need to be aware when it is no longer funny or acceptable especially when our own family members make unkind and unfunny remarks.

The advent of the digital age has changed the way we communicate. With social media applications like WhatsApp, Facebook, Twitter etc. we record our thoughts and opinions to a much larger audience than with the traditional face-to-face chats. This is where a person eventually reveals his true thoughts and intentions without even being aware of it. With WhatsApp for example, since the chats can be limited to a group of like-minded people such as friends, work colleagues or family members, we feel free to say whatever comes to our minds.

My own family is a good example. We have a WhatsApp group consisting of all the cousins with ages ranging from the 40s to the 50s. We have a certain member who is constantly posting his opinions on how other races and religious beliefs are inferior to his. He goes to a great extent to condemn the beliefs of others, thinking that his beliefs alone are the gospel truth.

He portrays himself as someone who is well versed in his holy book and even claims to have studied teachings of other religions which are purportedly full of intolerance and bigotry. All other races have their faults, some are lazy and corrupt, others are cheats and are dishonest. He sees the West as people of low morals propagating liberal thinking which should not be tolerated.

As typical Malaysians, we are all guilty of laughing and sometimes making fun of different races and their quirkiness including our own. But when someone starts condemning others and expressing hatred that is when the alarm bells should ring. This family member seems normal in a social setting but his true colours are revealed only on a private WhatsApp group where he can spew his hatred and prejudices without having to face any consequences.

Whilst I have done my part in reprimanding him several times, the rest in the group has chosen to remain silent not wanting to offend anyone. The question that should be asked is should this be the right approach? Are we not duty-bound to correct a person who expresses anger and hatred towards others simply because they are different?

If a person is a terrorist, does that mean that his whole race and religion promotes terrorism? If a person is corrupt, does that mean that his whole race should be labelled such? By choosing to remain silent we may appear to be silent supporters of extremist thinking. Extremism, bigotry, and racism, after all, stem from hatred towards others who are different from us culturally.

The National Geographic Genographic Project which traces our ancestor’s family tree through a sampling of our DNA has revealed how similar we are rather than different. Our ancestors can be traced all the way back to Mitochondrial Eve from Africa. We are inevitably related despite coming from Africa, India or China or Europe.

Through the process of time and evolution, we appear different but are primarily from the same stock. We are all brothers, sisters, uncles and aunties to everyone else. Why not celebrate our differences rather than condemning it?

This is why the battle against extremism, racism, bigotry or any form of discrimination must start from us by educating our immediate family members. We must stand up and be counted for in not tolerating hatred of religion and cultures other than ours. After all, all religions promote loving your fellow man as you would love your own and do not condone discriminating others simply because they do not share the same ideology.

It is my hope that the new Malaysia is not simply a change of government, but a change in the way we treat each other so we can truly accept the multi-cultural richness and diversity that makes us truly a unique nation. Whilst we can still laugh at ourselves and each other, we need to still remember to treat each other the way we would like others to treat us.