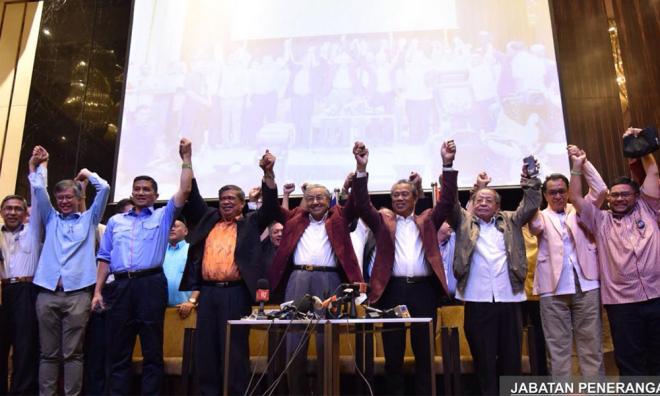 Harapan gov't must unveil the roadmap of its reform agendas

LETTER | I fully support Lim Kit Siang’s recent remark which stressed that DAP will never become MCA 2.0 and will be determined to push forward and implement reform agendas in order to build a New Malaysia.

Lim said recently that DAP leaders are in government because we can play an important role to build a New Malaysia and save Malaysia from becoming a sham democracy, a kakistocracy, a failed state and a global kleptocracy.

DAP leaders, whether in government or outside, will have no hesitation in leaving the coalition government if the objective of a New Malaysia is abandoned. DAP leaders will never be as spineless as MCA leaders.

Nevertheless, I would like to suggest that the government announce a roadmap and timeframe of the reform agendas of the New Malaysia so that we can be examined and monitored by the civil society. This will help ensure that we are not off course and can prevent reactionary groups from availing their slightest chance to destroy our efforts in building a New Malaysia.

Since taking office, the government has been actively investigating and cleaning various malpractices of the previous government, as well as kick-starting political reforms to ensure that every level of the government can perform its duties accordingly with the establishment of scrupulous accountability systems.

Some crucial agenda reforms include electoral reforms, reinstating the role and authority of the Parliament and State Legislative Assemblies, and improving the status and welfare of opposition parties as well as judicial reforms.

Nevertheless, we can see that some have begun questioning the new government. An example would be the recent remark by Prime Minister Dr Mahathir Mahathir about rejecting local government elections due to racial divide.

Besides reinvigorating the economy, it is of the utmost importance for the new government to implement institutional reforms gradually. Judicial reforms, electoral reforms and empowering the rakyat would be the most crucial directions that we must be heading to.

Reinvigorating the economy helps ensure the rakyat’s wellbeing so that they will not be troubled by livelihood issues; fixing the judiciary protects the individual and political rights of every citizen; reforming the electoral system, including proper delimitation of constituencies and upholding the spirit of “one person, one vote”; preventing unscrupulous politicians from fanning the flames of identity politics and “kidnapping” the rakyat by using ethnic appeals all the time.

The new government has to announce the roadmap and timeframe of these three reforms to open up space for the civil society to examine and monitor us at all times. This effort will also help boost the rakyat’s confidence in various reforms implemented by the new government, therefore gaining strong support for the new government’s initiatives.

In the wake of the GE14, Malaysia has been blessed with the second chance to rebuild the nation. Not only that the economy has to be rebuilt, our efforts must also include the political system that has been completely distorted and destroyed by the kleptocratic government, and ultimately the people’s hope.

I humbly appeal to all of you to support Lim's call and give the strongest backing to the nation’s reform agendas. Let us work hand in hand to make sure that the New Malaysia is on the right track of development in order to build a progressive, equal, just, clean and prosperous Malaysia.