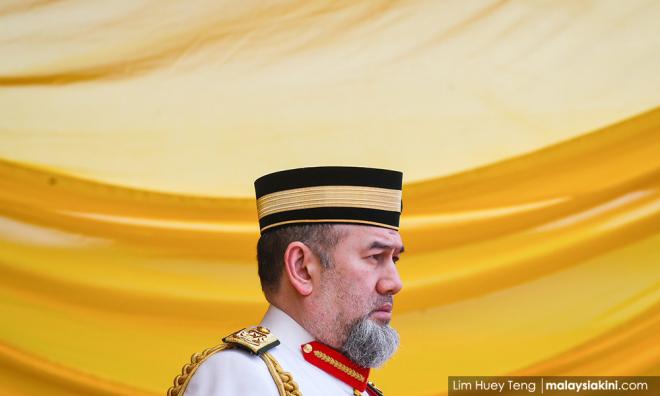 LETTER | I refer to Kua Kia Soong’s letter “Blind spots over Agong’s resignation”. I am not an obsolete robot. Neither am I a super robot.

Either way, I do not engage in speculation about how and why the Yang di-Pertuan Agong has resigned half-way through his term.

The writer said that every teacher and lecturer would encourage Malaysian students to think and to ask probing questions about what they read. And that includes speculation and possible theories for historical events.

I am a teacher. I do encourage my students to think and ask probing questions, but not to speculate. Maybe because I am a law teacher.

Stick to the facts, not speculation, I would say.

I expect only a short discussion, and the reason is obvious below.

So, while the writer is appalled that the mainstream media had provided absolutely no information regarding why the Agong had resigned, I am not.

I am not because Article 32(3) of the Federal Constitution states that the Agong may at any time resign his office by writing under his hand addressed to the Conference of Rulers.

Yes, the Agong may resign without giving reasons.

Sultan Muhammad V did just that, and did it with much decorum.

No, I'm not a teacher of moral philosophy.