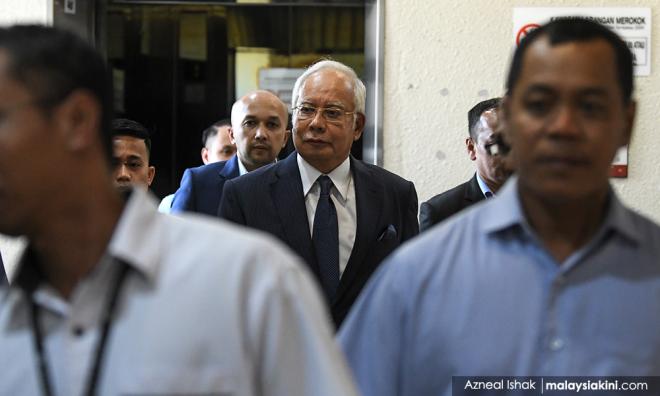 Najib's gov't was the worst abuser of Sedition Act in history

LETTER | In his blog yesterday, former prime minister Najib Abdul Razak claimed that the Pakatan Harapan government was going trigger-happy against the opposition with the Sedition Act 1948, and suggested that the BN government under him had been more restrained in using the act.

The Najib administration is guilty of the worst abuses of the Sedition Act in the history of independent Malaysia.

In the last Najib government of 2013-2018, more people were arrested, investigated or charged for alleged sedition than in the entire 55 years of post-Merdeka Malaysia prior to that.

From an infrequently invoked law under previous PMs, sedition investigations and charges became routine under Najib.

In just three years between 2013 and 2016, during Najib's last administration, there was an all-time record of about 170 sedition cases.

In 2015 alone, during the peak of Najib's sedition crackdown, about 91 people were arrested, investigated or charged for sedition. This was about five times more than the entire total for the previous 55 years of the law's existence.

Worse, under Najib's government, the Sedition Act was also amended in 2015 to provide for harsher punishments including a minimum prison term.

The law was indiscriminately used by the Najib regime to terrorise and silence the opposition, civil society and the public.

Najib in his blog entry attempted to blatantly mislead the public by selectively giving the example of Lim Kit Siang who was investigated for sedition when Najib was PM, but was not charged. Najib used this example to suggest that he was lenient.

But what about the hundreds of others who were detained and charged for sedition under Najib? Why is there no mention by Najib of these many other cases?

This includes my own sedition cases, in which I was twice charged in 2014 merely for criticising the Sodomy 2 court judgment, and for implicating Najib in a political conspiracy against Anwar Ibrahim.

Najib's unprecedented Sedition crackdown became the darkest period for freedom of expression in the history of our nation.

The abuse of the sedition law under Najib was so extreme that it warrants an investigation for abuse of power against Najib, former attorney-general Abdul Gani Patail, former inspector-general of police Khalid Abdul Bakar and all other officials who were complicit in the sedition rampage.

We urge the Pakatan Harapan government to form a commission of enquiry to investigate and recommend appropriate actions on the massive abuse of the Sedition Act under Najib's last administration.

N SURENDRAN is an adviser for Lawyers for Liberty.