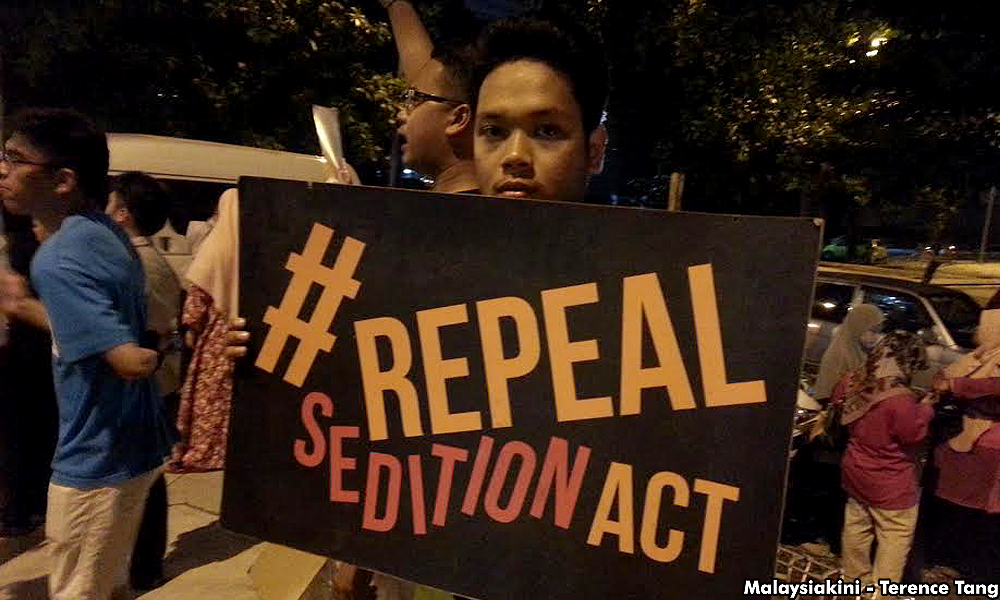 LETTER | The Human Rights Commission of Malaysia (Suhakam) is troubled by the government’s recourse to the Sedition Act 1948 to arrest several individuals for various alleged offences.

These developments are viewed with deep concern by the public because the government itself has taken a position that the Sedition Act is oppressive (manifesto promise 27). Suhakam is therefore surprised that the cabinet and Pakatan Harapan members of parliament who claim to support Malaysia’s transformative democracy, some of whom were victims of the Sedition Act themselves, have allowed such a regression.

The continued use of the Sedition Act indicates a worrying dependency on draconian laws and Suhakam questions if police practices may be contrary to the government’s policy and reform agenda to the extent that the police may be accused of operating within an authoritarian policing framework.

Acknowledging that there will be instances where what is said or written may be offensive, Malaysians must nevertheless understand that freedom of expression forms the foundation of a democratic society.

Suhakam reiterates that freedom of expression is not an absolute right and there are existing laws in place to ensure it is not abused, such as in a situation where it incites violence or promotes hatred.

Suhakam urges the government to honour its word and promise to Malaysians to repeal the Sedition Act 1948 as we believe Malaysia can be a more democratic society without the Sedition Act and is convinced that this nation will continue its march as a peaceful nation without the need for this law.