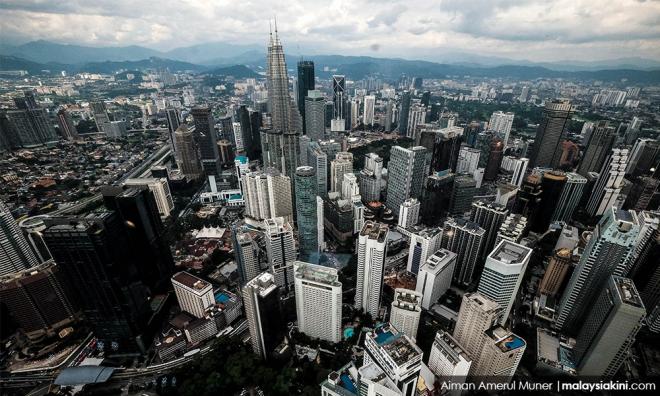 How can Malaysia become a developed nation?

LETTER | On June 12, 2018, delivering his keynote address at the 24th Nikkei Conference on the Future of Asia, Dr Mahathir Mohamad said that a developed nation status for Malaysia could be achieved provided the right policies were in place and Malaysians worked very hard.

When he stepped down as prime minister back in 2003, he believed that Malaysia could attain developed status by 2020. But the policies put in place were changed by the succeeding prime ministers. Even if we work extremely hard, we cannot achieve it by 2020. Maybe by 2025.

In 2013, about seven years ago, I wrote and published my book namely Malaysia: Road Map for Achieving Vision 2020.

At one time, we were the biggest producer of tin, rubber and palm oil in the world. Moreover, we have petroleum. Yet we could not become a developed nation. Why?

As you can see from the news recently, many government officers including former prime minister Najib Abdul Razak have been charged with the corruption of huge sums of money. Najib as 1MDB chairperson had RM2.6 billion supposedly channelled into his personal accounts. He said it was a generous donation from the Saudi royal family.

Corruption is ruining Malaysia which is now being branded as one of the most corrupted countries in the world. It is worse than many countries in Africa. My proposal? Practise meritocracy.

Managing the country is like managing thousands of companies and conglomerates. The prime minister must appoint the best people irrespective of race to be ministers and deputy ministers. If these political leaders are really good, they would know how to make rules and regulations to help the people to do better than before.

The government must always appoint the best people for its civil service.

The government must strictly practice meritocracy for promotions at all levels of management so that the whole machinery can operate efficiently.

How to practise meritocracy? This reminds me of my experience when I was on the board of directors of IJM Corporation Bhd. All the directors were engineers and our chief financial officer was Krishnan Tan. When we wanted to borrow huge sums of money for some projects and expansion, Krishnan suggested a more effective and cheaper way was to issue Iculs (irredeemable convertible unsecured loan stocks).

As engineers, we did not know anything about these Iculs. We all agreed unanimously that Krishnan was the best man to manage the company. So we appointed him as the CEO of the company in 1984. His management was so efficient that the company continued to make more and more profit every year.

As a result, the company’s share price continued to climb. The current market capitalisation of IJM Corporation is about RM12 billion.

So the private sector knows how to practise meritocracy to make a profit. If the government also practices meritocracy, Malaysia will become a developed nation. The key to success is to practice meritocracy.