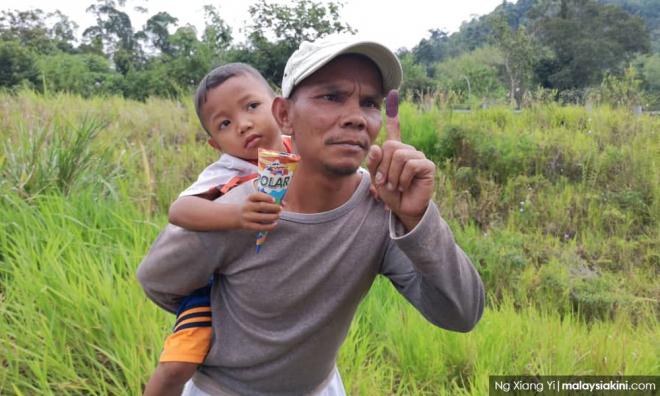 LETTER | Arrogance, egotistic behaviour, not wanting to hear reasoning, threat, selfishness are amongst the reasons as to why Pakatan Harapan lost in the Cameron Highlands by-election on Jan 26.

Even the very best speakers and the very top leaders from Harapan were not enough to sway the Orang Asli votes towards Harapan.

Why? It's the inner arrogance exhibited by some of the leaders within Harapan.

The Orang Asli do not worry too much of the political happenings in the country. There are few approaches which could have been used by Harapan on the campaign trail. One approach would have been to be honest and speak the dialect of the Orang Asli or to use the simplest language for them to understand. Simplicity and honesty could have been the ingredients for success at Cameron Highlands.

Is there a lesson to learn?

Would Harapan now kneel and listen to the grouses of this very poor community? Or would they be sidelined and punished?

I would hope not.

Certain Harapan individuals have failed to rein in their arrogance towards the Orang Asli with their threats, thus resulting in the massive loss of votes from the Orang Asli.

I have been with some of our senior Semai leaders from Pahang and Perak and I gathered that the change promised by Harapan was not widely accepted by them.

The promised change needs to be proven and seen to be realised. When our leaders speak of the need for the Pahang government to gazette all Orang Asli kampung, the question which arises is, which kampung in the six states administered by Harapan has done the same.

How do you convince the Orang Asli in Pahang when the state governments in the Harapan-controlled states have failed miserably in delivering their promises to the people, especially the poor Orang Asli?

Harapan needs to learn from its mistakes and deliver its promises to the people or it would suffer more electoral defeats in the months to come.

The writer is the founder of Koperasi Pembangunan Orang Asli