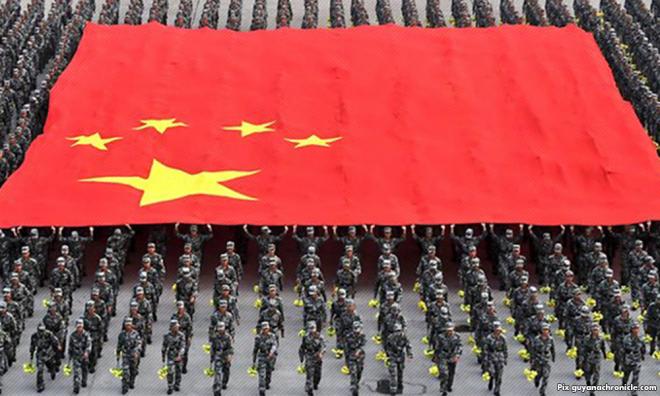 China's dominance in Asean must come with moral leadership

LETTER | The recent Wall Street Journal (WSJ) report regarding senior Chinese officials offering to bail out 1MDB and derail investigations into the alleged corruption in the fund in exchange for stakes in the ECRL in Malaysia, has raised serious concerns.

Being linked to the wider web of China’s Belt and Road Initiative (BRI), the manner of execution of such project in Malaysia and in other different countries now raises questions if the BRI is a noble win-win global trade connectedness or something more sinister.

Viewed together with some questions on human rights, and its adamant nine-dash-line claim of the South China Sea and military installations on artificial islands in total disregard for the Law of the Sea, has also raised questions about China’s moral leadership in a widely anticipated Asian Century.

The hallmark of an impending Asian Century is indicated in a number of factors. Asian countries as a whole have seen robust growth in the past decade, surpassing the US and European Union (EU).

IMF’s report for real GDP growth in 2017 – East Asia 5.6 percent, South East Asia 5.3 percent, South Asia 6.5 percent; while USA 2.3 percent, EU 2.7percent, and UK 1.8 percent. The interest rate in EU is zero percent, USA 2.5 percent, and most Asian range from three to five percent. The debt to GDP ratio for EU and USA is dangerously high, with many countries above 100 percent. Most Asian countries (with the exception of Japan), have their debts to GDP within a manageable 30 to 60 percent.

The implications are that the developed countries have little room to manipulate via monetary or fiscal policies. With the current world economic contraction, Asian countries have better chances to weather the storm.

China’s double-digit growth for more than a decade has provided an impetus for growth to other Asian countries. Even with the current 6.6 percent growth, it is still the highest compared to any developed or emerging economies. China’s leadership role is recognised and much in need for the impending Asian Century.

Patriot and G25 Malaysia are of the view that China’s economic and political leadership has to also bond with moral leadership. The latest WSJ report on the minutes of previously undisclosed meetings suggests shadowy deals between China’s government officials and Najib Abdul Razak’s BN government.

Previous revelations by the minister of finance involved only contractual parties - the Exim Bank, China Communications Construction Company Ltd (CCCC), and the 1MDB. The price tag of the ECRL project was inflated by RM20 billion, with payment terms in accordance to the time scale and not on work done. In addition, there was the issue of two pipeline projects where 88 percent of the contract sum was paid for only 13 percent of the work done.

Malaysia and other Asean countries welcome China’s BRI investments and projects, but there has to be tranparency, accountability and good governance. In this regard, it is in the best interest of all that BRI projects should be included in the Asean Agenda and the Asean dialogue process.

Criticism from Western observers that the BRI projects in certain countries may not be economically and financially viable and concerning debt trap has merits. The IMF had warned of excessive debt in a number of countries where the debt to GDP ratio had become burdensome.

The countries at risk are Maldives, Kyrgyz Republic, Laos, Tajikistan and Pakistan. Tajikistan in 2011 had to give up thousands of square kilometers of territory in exchange for debt write off. In 2017, Sri Lanka had to hand over the Hambantota port on a 99-year lease for failure to settle a debt.

Patriot and G25 Malaysia are of the view that BRI projects by China should indeed be a win-win for all, taking into consideration the welfare of the local people and the economic well being of the participating developing countries.

In the case of the oil and gas pipelines constructed in the Rakhine state of Myanmar, where China owns 51 percent, compensation for land acquirement had not been fair, and in numerous cases, owners of land not compensated. The two largest corporations, Union of Myanmar Economic Holding Ltd, and Myanmar Economic Corporation, owned by Myanmar military, have stakes in the pipelines projects.

It was in the interest of the military to declare a state of emergency so that the National Security Council, dominated by the military generals, could rule. Certain religious sect among the Buddhist monks was sponsored to create chaos to enable the military to take actions, which resulted in an exodus of 700,000 Rohingya refugees.

China’s unholy relationship with Myanmar military today is a major part of the constitutional problem in the country, causing the civilian government to be severely handicapped.

Within China, the plight of the ethnic Uighurs has raised international concerns. China should allow a UN Human Rights team to make an independent visit and ascertain the conditions with regard to the conditions of the Uighurs including reports about the internment camps.

Chinese officials cannot merely deny such accusations but to show proof beyond reasonable doubts that such accusations are not true. Clearly, China is under a moral obligation to cooperate within the UN system and civil society organisations to address this alarming situation .

China must respect the relevant provisions of the United Nation Convention on the Law of the Sea (Unclos). Each of the much smaller Asean states has rights to its 200 nautical miles EEZ, and China must respect that. Anything less will see China as a big bully thrashing any remaining bit of moral leadership.

Patriot and G25 Malaysia welcome China’s role, along with a moral leadership in an eventual Asian Century.