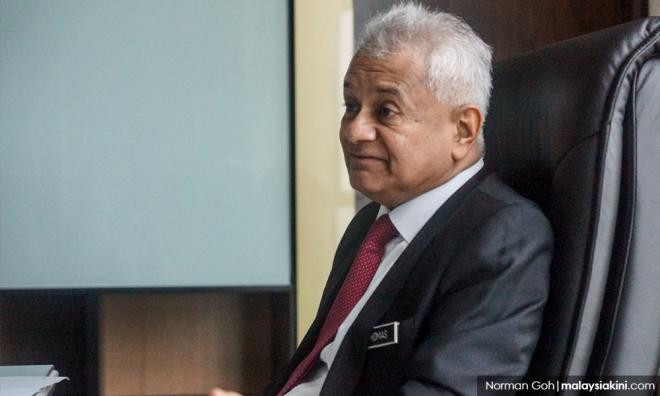 Does Thomas have the temperament to be public prosecutor?

LETTER | Who is the most powerful man in Malaysia?

“If the above question is posed, the popular answer would most probably be the prime minister. Other likely candidates would include the Yang di-Pertuan Agong, the home minister, the inspector-general of police and the chief of general staff. One would not expect the attorney-general to find a place in the list of most observers.”

So wrote a certain Tommy Thomas more than 35 years ago, in August 1983 to be exact.

The then much younger Thomas, however, thought otherwise. He contended that the attorney-general wielded greater power than any other person in Malaysia.

One wonders if he still contends the same, particularly after the events of 2015 when the sitting attorney-general was replaced with a new attorney-general by the Agong who, acting on the advice of the prime minister, consented to the appointment.

Be that as it may, the power remains with the attorney-general, which is exercisable at his discretion “to institute, conduct or discontinue any proceedings for any offence” in the ordinary courts under Article 145(3) of the Federal Constitution.

Thomas contended that the said article is the greatest source of powers of the attorney-general. He further wrote:

“The judiciary has rejected any invitation to review the attorney-general’s discretion which has resulted in him having virtually absolute and limitless discretion in this important area of public life.

“No person or body (including the courts) can compel him to institute any criminal proceedings which he does not wish to institute or to continue the same which he has decided to discontinue.

The former prime minister Najib Abdul Razak, and at least one former cabinet minister, have now been charged in criminal proceedings at the instance of Thomas, the attorney-general.

And one wonders if Thomas has come to terms with the awesome powers of an attorney-general who is also the public prosecutor. Those powers include the power to issue a certificate requiring the transfer of a case triable by a subordinate criminal court to the High Court under section 418A of the Criminal Procedure Code (CPC), which certificate the subordinate court must comply with.

It is not incredulous to wonder so after Thomas withdrew the certificate under section 418A of the CPC to transfer the seven charges against former prime minister Najib to avoid any possible argument that the transfer was null and void.

If that is so, why the issuance of the certificate in the first place? The transfer of the seven charges could have been applied for by the prosecution under section 417(2) of the CPC.

The appointment of Thomas as the attorney-general has been applauded by many, as his 42 years of legal practice experience in numerous cases would have sufficiently prepared him for the role of advising the government.

But has the same prepared him for the role of public prosecutor?

And after recent events, has he the temperament to be the public prosecutor?