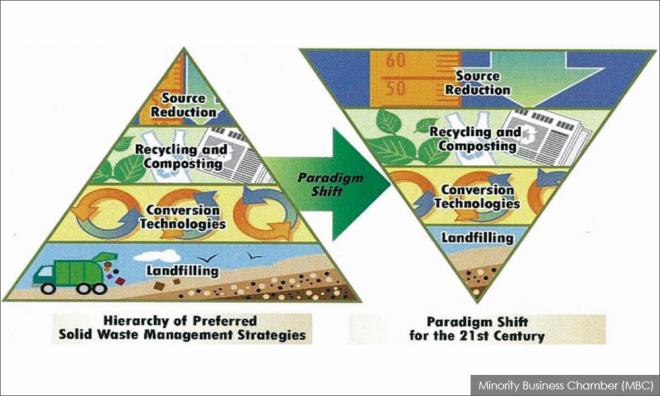 LETTER | We at Minority Business Chambers (MBC) are deeply concerned that the Selangor government is proceeding with not one but two waste-to-energy plants at their Jeram and Tanjung Dua Belas landfill.

Why build so-called waste-to-energy plants that are typically just burners i.e. incinerators? This is an obsolete technology being in place since mankind founded civilisation.

By reducing the volume but increasing the toxicity of waste, incineration merely replaces one waste stream with another. Incinerators also support the linear economy model by extracting virgin materials only to waste them at the end.

"Waste-to-energy" is often described as a good way to extract energy from resources but in fact, it works against the circular economy by producing toxic waste, air pollution and contributes to climate change - all without delivering what it promised.

Why leave out the expertise of local companies and work with a foreign company which has only one operating plant currently, that itself only in China.

According to the same news report, China Western Power is said to be “having over 30 years of experience in new energy and power plant design in China and globally”. But do they have experience in building waste-to-energy power plants outside of China?

China Western Power is actually a boiler manufacturer and typically an engineering, procurement, construction and commissioning (EPCC) contractor who would typically fund the construction of power plants. But in this case, the Selangor government is funding the entire project. As such it makes no sense whatsoever to partner with them.

A Malaysian EPCC company could do a better job if all the arrangements are as what is stated above i.e. the Selangor government funds it and the EPCC company just builds it.

Moreover, the world is now moving away from building waste-to-energy plants and is instead opting for a “total integrated solid waste management strategy” which places emphasis on “source reduction and recycling and composting. Through this method, only less than five percent of inert are sent to a sanitary landfill.

A total integrated solid waste management strategy will cost less than half of what is being planned to be spent by the Selangor government and which will also eliminate pollution in terms of methane gas, dioxin and furan which forms during a combustion process i.e incineration.

Based on the above, we really hope that the Selangor government will take a second look at the project and not proceed with it for the sake of the environment and its people.

We are also willing to engage with the state and its waste management company to explain further and work together with them in managing waste comprehensively as many local companies who are experts in waste management are members of our chamber.

wastetoenergyprojects
selangor
westernpowercleanenergysdnbhd
Related Reports
'Waste to energy' is the way to go
3 years ago
'Waste-to-energy plant just a beautiful word to describe incinerator'
2 years ago
Group against Jeram incinerator, demands S'gor gov't push for 3R policy instead
2 years ago
Do we really need an incinerator?
2 years ago