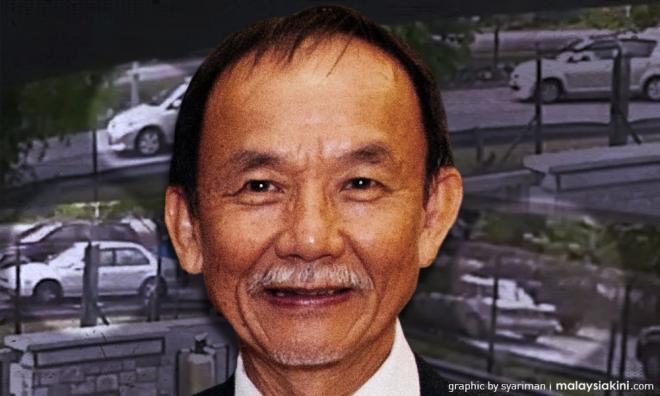 LETTER | Today marks the second anniversary of the disappearance of Pastor Raymond Koh Keng Joo, who was abducted in a military-style operation by a group of 15 men travelling in three black SUVs, two Saloon cars and two motorbikes.

The abduction, which took only 42 seconds to execute, bears some similarities to the abduction of former Sultan of Kelantan, Sultan Ismail Petra.

In 2010, the Sultan was abducted by a group of men in balaclava when he was on his way from Istana Mahkota to Singapore.

CCTV footage of what appears to be a well-planned abduction of Pastor Raymond Koh has also gone viral both locally and internationally.

The Suhakam public inquiry has also brought to light some very interesting leads as to who was responsible for the abduction.

However, according to the lawyers representing the Koh family, the police have not been very cooperative.

For example, one of the eyewitnesses, Roeshan Celestine Gomez claimed that he saw a golden Toyota Vios. According to the testimony of the wife of another abduction victim Amri Che Mat, the same Vios was mentioned by a whistleblower.

The lawyers have also identified the owner of the golden Vios. He has been working with the Malaysian Police Training Centre (PULAPOL) at Jalan Semarak for over 10 years.

However, when he was due to be summoned by the inquiry, the officer’s contract was terminated and according to the police, they could not trace his whereabouts.

In order to get to the bottom of the kidnap cases involving Koh, Amri and Pastor Joshua Hilmy and his Indonesian wife, Ruth Sitepu, the government has to order a more thorough investigation and identify the culprits involved in the abduction.

Their whereabouts must be revealed, and if they have been killed as part of a cover-up, the culprits should be brought to face justice.

As a new government, the Harapan administration cannot continue with the same denial issued by former Home Minister Hishamuddin Hussein when the former Kelantan Sultan was abducted.

There is too much evidence that cannot evade public scrutiny, especially after the Suhakam Inquiry ended recently.

The people are expecting the Government to open up the investigation into a number of other cases involving the custodial death of A. Kugan, the death of Teoh Beng Hock, Altantuya Shariibuu, Pascal Najadi and Kevin Morais.

Given the mandate by the rakyat, it is paramount that both Prime Minister Dr Mahathir Mohamad and Home Affairs Minister Muhyiddin Yassin lead the way to restore public confidence in the police force once again.

Anything less than that would not be acceptable in New Malaysia.

Ronnie Liu is the state assemblyman for Sungai Pelek