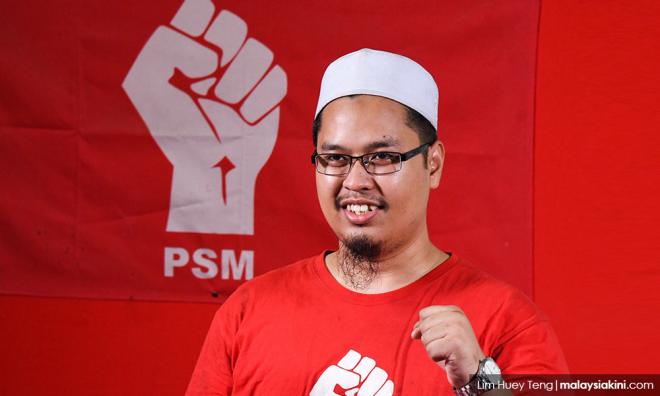 Why PSM should lift Semenyih

LETTER | I read with some interest the recent article written by Dr Rais Hussin on the upcoming Semenyih by-election. His cleverly titled article shifts the focus on the election to be somewhat of a straight fight between Pakatan Harapan and the PAS-BN contingent, calling it a D-Day. He goes on to defend Harapan as a much better political coalition than PAS-BN pointing out the latter’s association with kleptocracy, Israel and Goldman Sachs.

It intrigued me to read about how Rais views the central ideology of his opponents, Islam, as something more universal and finds it to don a key role in the statecraft of Malaysia. His analysis is sound, but his conclusion is flawed due to his affiliation with Harapan since he calls on Semenyih voters to cast their ballots for Harapan in spite of its imperfections to reject the baiting of Malays by PAS-BN through racial and religious verbiage.

I echo his call for Semenyih to be a decisive election, not only to reject racial and religious extremism, but also to reject the false dichotomy that is inherent in Malaysian politics. Semenyih should fall not to Harapan or PAS-BN but PSM.

Why do I say this? Well, from the outset I must admit my affiliation with PSM being a factor whether I consciously admit to it or not. But even before I was a supporter of PSM, I had promoted the diversification of Malaysian politics from a two-horse race to a multi-party system. A third-force is absolutely necessary. We can see this in the lack of differences between Harapan and BN-PAS. BN, when it was holding the federal government, acted in an extremely neo-liberal manner. The GDP growth was over-emphasised and the real impact on common people was not taken into consideration. Do we see a difference in this mentality in Harapan? Well, when the minister of human resource and prime minister oppose any rise in the minimum wage, listening seemingly only to the Malaysian Employers’ Federation, we do not see a change in attitude to be more pro-worker.

When the minister for health and minister of finance announced the MySalam health insurance scheme with minimal to no stakeholder engagement, we don’t see a difference in the championing of private healthcare at the expense of public healthcare. When the state government in Penang held by Harapan is building houses named affordable but are, in reality, out of the price range of most people in Malaysia, all this shows Harapan is cut from the same cloth as BN. Are we really voting for an alternative if we vote the former to reject the latter? Yet it is PSM which is bringing forward new ideas that balance the need to secure statecraft and take care of the welfare of the rakyat.

One can read these in our policy ideas for an alternative approach to healthcare where we slow down the growth of private healthcare to build public healthcare that treats 70 percent of the rakyat. Or one may read our view on how to make sure multi-national companies that do business in the Asean region do not exploit our cheap labour by standing together and demanding for a better share of wealth for our people collectively. Or one can refer to our multi-pronged approach in dealing with affordable housing by taking people’s first homes out of the market and emphasising on council houses a la the UK and many other countries around the world.

Even more important is the way candidates are chosen to run in a certain constituency. PSM makes it mandatory that any aspiring candidate is firstly chosen by the local branch, has served the people in that constituency for at least two years and promises to not use a racial narrative in campaigning. Can we say the same about both Harapan and BN? Anwar Ibrahim certainly didn’t seem to have anything to do with Port Dickson and Wan Saiful Wan Jan seemed out of place in the hinterlands of Pendang, Kedah. PSM’s strength lies in the strengthening of the rakyat. The emphasis is on removing the vulnerability of the people and uplifting Malaysians such that the lower class are not exploited by the upper class. PSM does this by organising marginalised workers, residents living in squalor due to mismanagement of their living space and the general masses to provide a strong narrative of the rakyat to the powers-that-be. PSM is on the ground not for race and religion, but for the people of Malaysia to articulate their grouses and take what is rightfully theirs. P

PSM, unlike BN or Harapan, rejects neo-liberalism and is committed to the welfare of the rakyat as the central philosophy driving its decision-making. On top of that, PSM is committed to the development of local candidates articulating the needs of locals in a constituency. In the Cameron Highlands by-election, one may be impressed by PAS-BN’s choice of candidate being an Orang Asli, but it is PSM who put forth an Orang Asli candidate in the Jelai constituency under Cameron Highlands in the last election. PSM Semenyih’s activists and leaders are people that have been working in Semenyih for decades, taking up cases forgotten by the mainstream political forces and navigating through an unequal Malaysia to uplift the marginalised classes without once capitalising on divisive racial narratives.

Focusing on Semenyih now, can any candidate, hand on heart, say they have done a similar amount of work PSM has? One only has to go to the branch itself, an unassuming first floor of a shop lot, to see the over 2,000 case-files PSM Semenyih has solved. They are neatly arranged in hard-cased folders on a burgeoning bookshelf. In it are a variety of cases, ranging from land disputes to unlawful expulsion from work and even personal cases involving family disputes. Even now, one can find new cases stacked-up on the table of the branch coordinator, Arutchelvam (popularly known as Arul) and notice the steady stream of people who know that if they come to this branch, they have a good chance in winning their case.

And how many cases have they won? Workers in multiple plantations have been helped to attain low-cost houses that they were promised by the plantation owners before being slyly cheated out of them. Just ask their families in Ladang Sg. Rinching, Ladang Denudin and Ladang Semenyih. In Kampung Broga, 159 residents were helped to get land grants stretching for 99 years by Semenyih PSM. Workers in dispute with their employers were assisted to organise and fight for their rights in the Industrial Relations Department or the Labour Court by Semenyih PSM. So varied is Semenyih PSM’s repertoire that they even managed to win back some land that was being used as a cemetery which was threatened to be eradicated by profit-minded developers. Are we to deny these?

What would a PSM victory in Semenyih mean for politics in Malaysia? One, it would break the hegemony of the two-party system in Malaysia which has produced governments and oppositions that are no different from each other fundamentally. Two, it will solidify the need for a new narrative in Malaysian politics other than neo-liberal policies and shift the focus to more sustainable, people-driven politics. Three, it will signal the end of parachute candidates and raise the bar across the board for all future candidates to have actually worked for a significant amount of time in a constituency. Four, it will toss out the spectre of race and religion from politics completely rather than simply give it a new face with Harapan more and more concerned with how voters perceive them through these categories. Fifth, it will ensure the inclusion of a member of the state legislative assembly in Selangor who not only has the people’s welfare at heart but also access to a huge wealth of experience in handling the issues of the people.

The latter also ensures this member would have access to the resources necessary in building robust systems that would ensure these very problems are eradicated at the source and not just superficially. This is why the people of Semenyih should reject Harapan and BN in favour of the only party putting their welfare at the forefront of its struggle. It is PSM who should lift Semenyih for a new narrative in national politics. Long live the people of Malaysia, long live the struggle.