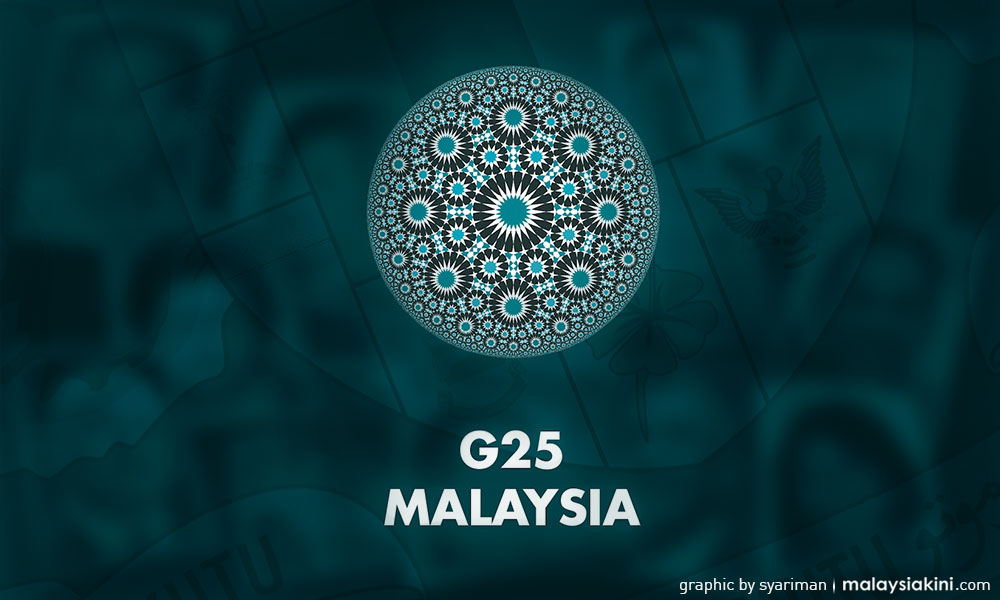 LETTER | G25 welcomes the formation of the Economic Action Council (EAC) chaired by the prime minister, with an illustrious list of members, including independent professionals and economists who are well qualified to give input into the decision-making process.

The EAC will provide an encouraging sign to the business sector that the Pakatan Harapan government is prepared to take the tough measures which had been avoided in the past due to their political sensitivities.

There is no shortage of recommendations on the measures that Malaysia must take to inspire investor confidence in the economy and enable the country to move out of the middle-income trap to become a developed country with per capita incomes and standards of living comparable to the Asian Tigers vis Singapore, Taiwan and Korea.

These measures were covered in the report of the New Economic Model (NEM) which was adopted by the NEAC during the previous administration. G25 also came out with a report in 2017 entitled “Invigorating Economic Confidence in Malaysia” covering the same issues of economic reforms.

The NEM recommended a structural review of the New Economic Policy. The NEP officially ended in 1990 but was extended and renamed the National Development Policy (NDP) in 1991 to continue with the same affirmative action programmes which had been in place since 1971.

The NEM and other reports have recommended that the affirmative action policy should be restructured to make it needs-based, instead of race-based, so that in continuing to help Malays and other bumiputera communities to increase their participation in the economy, the deserving poor among other races will not be ignored under the national policy.

Also, various groups have called for a review of the public sector intervention in the economy and the financial burden to the federal and state governments in supporting the many GLCs operating in the commercial sector doing business and competing unfairly with private companies.

The previous prime minister initially agreed to these progressive recommendations, but unfortunately, his government had to quietly bury the NEM report under the carpet as the structural economic reforms were considered too politically sensitive for comfort.

Similarly, past governments had agreed to measures to reduce the excessive dependence on cheap foreign labour and plug the loopholes on the entry of immigrant workers.  But due to lobbying from vested interests and the corruption that went with it, no progress was made. Instead, we are seeing an increase in Illegal immigration of foreign workers.

It is admitted that Malaysia will continue to need foreign labour to propel its growth but illegal immigration should be controlled as it has a negative impact on wage levels among the working class and is a major obstacle for wages to rise in tandem with productivity growth.

Malaysia is subjected to the same global inflationary pressures as other countries. While this saw a rise in the cost of living, stagnant wages added to the financial stress felt by all, especially those in B40. Most of the wage increases have been in the public sector, not in the private sector.

Talented Malaysians looking for better pay go abroad, mostly to Singapore, thus causing a brain drain. Companies that need talents find Malaysian graduates are not employable because of their poor command of English. It’s easier for them to bring the required talents from outside than to train local graduates for the job.

The EAC must address this labour and human resource issue urgently to facilitate wages to increase with growth and productivity improvements. Currently, the share of wage income in Malaysia’s GDP is just over 30 percent, which is low relative to the developed Asian countries, over 40 percent.

If we want to see our working class earning the “living wages” like what is recommended by Bank Negara Malaysia and the Khazanah Research Institute, measures should be taken to rationalise the inflows of foreign labour and punish employers who are exploiting their foreign workers with slavery wages, because such irresponsible actions are pushing down wage levels across all occupations in the economy.

The education sector is undergoing reform to increase the TVET (technical vocational education training) content and to include the STEM subjects (Science, Technology, English and Mathematics) in the national school curriculum.

The Ministry of Education has produced a blue ocean strategy for raising quality at all levels of education. It is planning to abolish the streaming of classes into arts and science in order to make science subjects common to all classes. But there is a problem in the school curriculum which the prime minister himself has highlighted.

He complained about the excessive amount of Islamic subjects which make the national schools look like tahfiz schools.

This overzealousness on religion results in less time for the teaching of STEM subjects. Moreover, as the mufti of Perlis has noted in his social media blog to the PM and education minister - he said that in the periods when Islam is taught to the Muslim Malay students, the other races have to be separated and moved to other classes.

This is not conducive for national unity as the students are taught from primary school age that the races live in separate compartments, not as one nation.

It’s not good for making national schools the first choice to all races as parents worry about the future direction of the education system and what it is making the children to be when they finish school.

The EAC should support the Perlis mufti’s proposal that religious education should all be taught in the afternoon so that there is no racial segregation of students in the morning session. We agree with the mufti.

By devoting the morning session entirely to the secular subjects, there will be longer teaching and mentoring hours for English, science and maths, and more contact time between teachers and their students. This will facilitate productive teaching and make school life more rewarding for both teachers and students. It will create a positive environment for quality education and thereby attract all races to send their children to national schools.

G25 is of the view that if the EAC can make progress on the politically sensitive structural issues affecting the economy, labour market, and education, it will have made a great difference. Progress in these major policy areas will strengthen national confidence and trigger a positive mood, which will, in turn, be a catalyst for a better economy.

For example, the ringgit will strengthen and enable a reduction of imported inflationary pressures to help improve the lives of ordinary people.

Any improvements that are made in the economy will benefit the poor and as the Malays are the majority, they will be the main beneficiaries of the reforms.

G25 is an organisation of retired top Malay civil servants.

g25
economicactioncouncil
Related Reports
The EAC and the matter of illicit outflows
a year ago
Of the EAC, Dr M’s schemes and Anwarnomics
a year ago
Shahril: EAC a tacit admission all is not well on the ground?
a year ago
Ex-Umno MPs join Bersatu; EAC a show of no-confidence?
a year ago