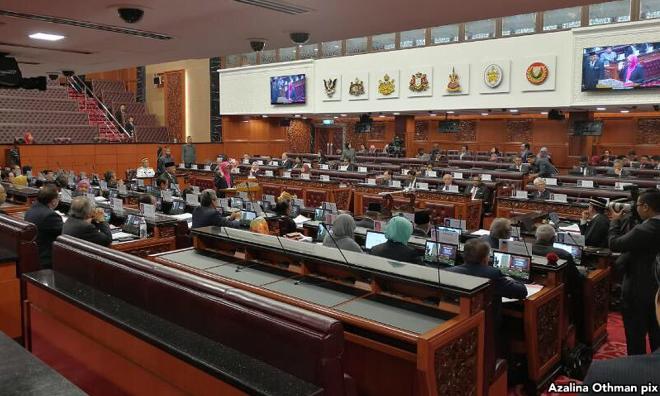 LETTER | Last year’s May 9 election brought forward a wave of promises. Part of these promises are to bring institutional changes in Malaysia's rule of governance.

I am part of the Senate Reform Working Committee, a bipartisan initiative structured to improve and strengthen Malaysia's Upper House of Parliament to be a proper democratic institution of check and balance.

Of both houses (Dewan Rakyat and Dewan Negara), it is actually the Dewan Negara that has the bigger room to improve.

Today, the Senate is seen as a redundant hall, where policies passed by the lower house are almost always agreed upon by the upper house. The Senate today is powerless, it has the power to delay non-financial laws but it has never proposed new laws. It cannot even reject laws that it deems unfit for the benefit of the country.

Whilst Malaysia does have three branches of power, (the Dewan Rakyat, Dewan Negara and the Agong), it is known that all power is held by the lower house. With no system to prevent one branch of government from having more power over the others, the government is susceptible to being ruled by one group of people. This leaves Malaysia vulnerable towards tyranny.

By having different houses of parliament that have about as equal strength with one another, legislators from both houses would be encouraged to talk to one another, to not look down on one another and to properly debate, concede and even negotiate. This is proper law-making. It is meant to be hard, but with the certainty that good laws—recognised by all—will always filter through.

One issue that is pertinent today is the eligibility of certain ministers to uphold their role. It is the prime minister that gets to select who gets to become a minister. Oftentimes however, and this was seen to happen in the current and previous administrations, a minister gets selected, not based on his credentials, but solely to fulfill a political promise. This is dangerous.

Recently, we saw the case of Deputy Foreign Affairs Minister Marzuki Yahya being questioned for his credentials. This event left the entire government's reputation and credibility severed. Something like this could be avoided if the Senate had the power to question, filter and test the prime minister's selection for certain cabinet positions. Hearings could be made public. Potential ministers would have to be unilaterally decided as the best to fit the role to serve the country, past actions would be questioned and made transparent.

One other proposal is to perhaps restructure the number of senators in Dewan Negara to best represent the nation. Nazri Aziz, in a roundtable discussion, suggested that more populated states should have more representatives in the Dewan Negara. He also suggested that non-state reps, which should be lower than the number of state representatives, be given distinctive roles. A senator representing the disabled should be recognised as such. A senator representing minority rights should be recognised as such. A senator could even perhaps be elected to stand for human rights or children rights. All in all, this all points to a Dewan Negara that does not prioritize party lineage. Instead, it puts the nation first and ensures that senators are always prioritising the long run sustainability of the country.

This would also need to be accompanied by an extension of a senator's term. Three years may not be suitable if we want senators to be thinking about sustainable governance, especially if we reform the rules to make senators elected.

Perhaps we can begin including senators in select committees with the member of the Dewan Rakyat. Here, special interest senators can be included to provide their opinions of any incoming bills. Also, when it comes to international representation and diplomatic affairs, senator should also be included in discussions. This would increase the importance of the Dewan Negara.

Malaysia has entered a stage of development where we no longer need speed and agility but rather stability and proper filtration of good ideas. This is what will bring confidence to our nation. This is why this reform agenda is important.