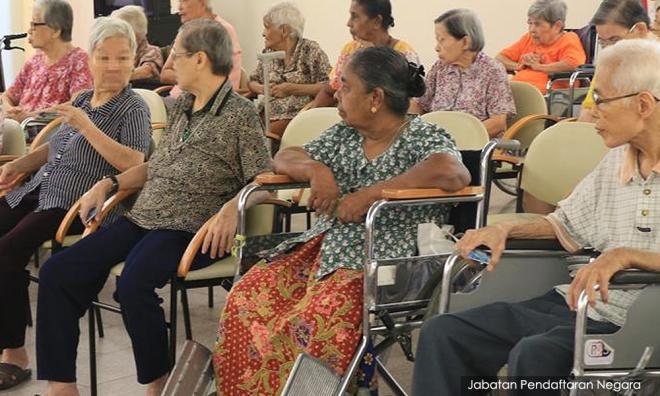 LETTER | More than a decade ago I advised against a joint venture to develop a retirement village for foreigners. Two main doubts which caused my objection were the language barrier with the locals and the lack of a hospitality infrastructure conducive to such foreign residents’ daily lifestyle. E-commerce was not yet in vogue then. There were also few online libraries to fill their time. In short, building houses was not enough.

Retirement village concepts are much talked about these days but with barely a handful of such schemes in reality and not even meeting local needs. Instead, private nursing homes and old folks homes, whether or not licensed, have mushroomed to meet the demand of providing care for our senior population.

I do not doubt that there can be one thousand and one reasons why old people are sent to nursing homes (a term used interchangeably with “old folks homes”). Top of the list could be the hope that they may receive better care than when living with the rest of the family. However, a revelation in a local daily that “none of the elderly wants to live in nursing homes” should send many questions not just to the family members but the whole nation as well.

A nursing student submitted for a university community award her research project on the sleep quality of 274 inmates in 13 old folks homes. The quality of sleep was measured against whether or not the individual had suffered from depression, a health disorder which has been found to be prevalent in 71.8 percent among people 65 years and older living in care homes in Malaysia. Her research revealed that 65.3 percent of inmates she interviewed in those assisted homes might have spent a longer time in bed, but the duration of sleep they achieved was much less.

A question arose in my mind, “If these seniors had slept at home with the rest of their families, would the duration of their sleep be longer?” And if the answer is “Yes”, what should be done to achieve it?

During my second honeymoon in Scandinavia, I recalled visiting a very spacious walking mall one evening to watch a band performance. The shops and restaurants made strolling around the mall worthwhile. A Chinese staff in one of the restaurants informed us that students often put up performances there for public enjoyment and to take in the rare glorious hues of the evening.

As the rest of the population energetically plan for Malaysia to be a better to place to live in, can we include our two million seniors as well? Can people above 60 years of age also be included into existing communities? Petaling Jaya, a housing estate set up in 1953, has pockets of integrated development which can be turned into walking malls. Without a doubt, there is an abundance of seniors or warganegara emas living there. Rather than migrating them to nursing homes, perhaps town planners may want to innovate those areas by reducing traffic and prohibiting cars from being indiscriminately parked on both sides of these narrow roads.

This so that the seniors and their younger family members feel comfortable to walk around safely and maybe make small purchases at the market and the shops. In so doing I believe greater integration into the community may be achieved.

When out of last resort. an elderly member of the family has to be placed in a nursing home, what are some of the things one should be looking for in choosing such a home? It was commented at a conference on aged care services that only a small number of such homes were licensed as compared to the unlicensed ones. Our country relies on the 1993 Care Centre Act and the Private Healthcare Facilities and Services Act of 2006 to regulate such facilities. There is not a single act of Parliament to regulate this growing aged care industry.

In the UK, the department of health identified national minimum standards for care homes. The 38 regulations detailed compliance guidelines from quantitative sufficiency of facilities to the quality of care services anticipated at these homes for the elderly. Standard No.1 points towards the requirement of an info-memo or prospectus on the home. Information on the premises, staffing and what to expect in the daily routines and administration, not forgetting how emergencies would be handled.

Standard 3 requires the management of the home to undertake a full assessment of the potential inmate’s needs using recognised tools according to the Department of Health’s guidelines.

I have no wish to delve into the other 34 regulations. I have just this on my mind. In a hypothetical case, supposedly our 93-year-old prime minister needs to be admitted into a nursing home in Malaysia, which aged care facility would our deputy prime minister, who also oversees the portfolio for aged care, recommend?