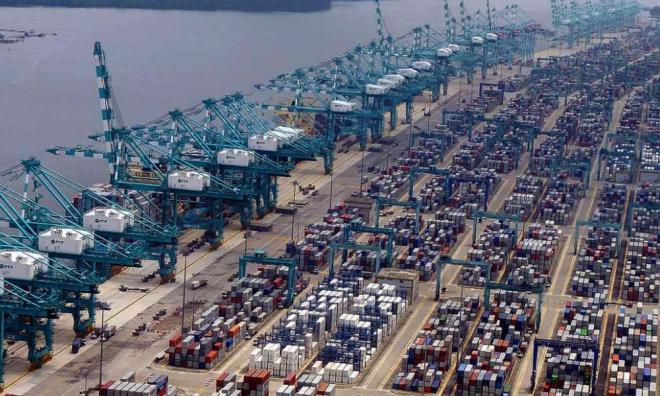 Why is no one talking about the Tanjung Pelepas Port?

LETTER | Of late, there have been many criticisms on environmental issues in Johor, specifically about polluted rivers, mangroves and also the development of Forest City near the Sungai Pulai area. On Sungai Pulai, many have shared their views on issues pertaining to:

The real environmental time bomb in the area is not the people who are working and living in Forest City or playing golf there but the ships which are moving in and out of Port of Tanjung Pelepas and Tanjung Bin. As a person who grew up in the area, I am amazed by the silence on PTP from day one.

There has always been very little news about PTP or the damage that it has done to the environment especially to Sungai Pulai.

For example on Aug 24, 2016, when the vessel MV Trident Star was berthed at the Tanjung Bin terminal, a major oil spill occurred polluting the Sungai Pulai area. The vessel was in the process of loading 2,500 tonnes of marine fuel oil as cargo when one of its tanks overflowed onto the upper deck, and subsequently spilt an estimated 60-70 tonnes of fuel into the sea.

The oil spill thereafter spread out into the adjacent waters and towards the PTP areas. The sea here is actually referring to the Sungai Pulai river estuarine.

Subsequently, the oil spill from the 103 metres long MV Trident Star vessel forced the shutdown of the Tanjung Bin terminal and impacted operations at PTP to the extent that Maersk Line, a major international shipping line, had to instruct its vessels due to PTP to divert to Singapore.

And on the same day, MMC in a filing with Bursa Malaysia claimed that PTP had suffered "various and substantial losses" from the oil pollution damage caused by the spill.

But nothing was reported on the damage that was done to the Sungai Pulai ecosystem and environment and even today no one is talking about the Port of Tanjung Pelepas (PTP). Why was there silence from the environmental NGOs back then and even today?

What damage did that oil spill do to the environment and to all those sea horses, dugong, seagrass and other species in that area? There has been hardly any information about this.

And more recently on Feb 9, there was a collision between a Greece-registered bulk carrier, Pireas, and a Malaysian vessel, Polaris, in the waters south of PTP in an open sea area where both Malaysia and Singapore have started disputing ownership.

The vessel Pireas was on its way from Singapore to PTP. Luckily there was no oil spill or any other environmental damage.

Once again not a single environmental group or NGO from Malaysia was reported to have asked the federal government resolve this sea territorial issue through discussions and not to take risky actions such as allowing Malaysian ships into that area which may cause a collision and in turn become a major environmental incident.

Obviously, this is not important to the rather selective environmental groups or are they mere puppets and being used by hidden hands to only talk about certain issues and turn a blind eye to others?

Besides the risk of oil spills and the pollution by the chemicals stored at PTP, other damage was done much earlier during the construction phase of PTP.

An estimated 200 hectares of land containing mangroves was cleared just for Phase 1 of the PTP construction. This was then followed by the Phase 2 construction. So are the same environmental groups going to start making noise and demand that PTP port is closed and be held liable for the environmental damage it has caused in that area?

To conclude, besides the major oil spill in August 2016 which has already damaged the Sungai Pulai biodiversity and ecosystem and the damages done during the construction period, why are environmental and green- based NGOs still silent about Port of Tanjung Pelepas (PTP) until today?

tanjungpelepasport
tanjungbin
sungaipulai
enviromentaldamage
Related Reports
M'sian gov't vessel collides with Greek ship in disputed waters
2 years ago
Kuantan rides China wave on land and sea, but at what cost?
3 years ago
Not an inch of Forest City land given as freehold, MP rebuts Dr M
3 years ago
New bridge linking Tg Pelepas and Tg Bin by 2020
3 years ago