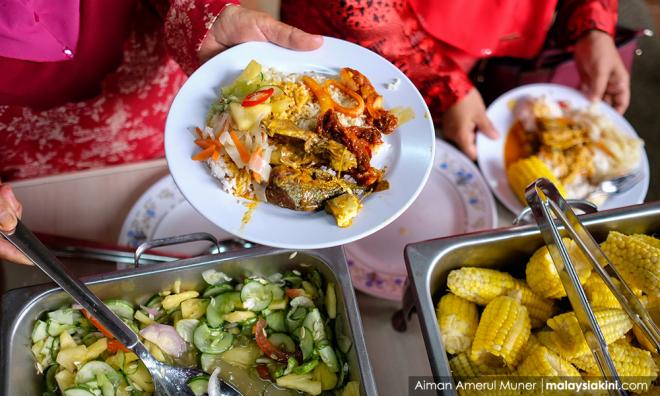 LETTER | The launch of the Foodbank Malaysia Programme by our Prime Minister Dr Mahathir Mohamad in December last year, to help the poor as well as to solve the large food wastage problems, was laudable.

This important initiative to feed the poor and the hungry, has now been enhanced by the allocation of RM3 million by Finance Minister Lim Guan Eng to the Domestic Trade and Consumer Affairs Minister Saifuddin Nasution, for the Food Bank programme, to help university students who are "having to starve and eat less" as reported in the press.

No one should starve in Malaysia! How can we have our students or any one in Malaysia eating less, because of rising costs of food or low incomes?

We are a blessed with rich natural resources and enough wealth to meet our basic needs of food and shelter and yet we have our future leaders at universities struggling to find adequate food to keep themselves going. This is indeed a national irony.

After several months of the formation of the National Economic Action Council (EAC), we have not had a package of measures to reduce the prices of our basic needs and prevent hunger?

Surely we can adopt some more specific measures to alleviate poverty and especially to reduce, if not eliminate hunger.

Hence, I would propose the following measures, for the EAC's kind consideration to fight hunger in our beloved country.

i) Let’s start a Public Fund to Eliminate Hunger (PFEH) amongst the Bottom 40 percent (B40) income group.

We had established a national fund to alleviate the national debt problem and successfully raised a large sum of money. Why can’t we do it again, but for a more needy and humane cause like reducing hunger, please?

This PFEH could be a public-private sector initiative. It could also be supported by crowdfunding. If each one of the 15 million adult Malaysians, donates an average of RM10, we can raise at least RM150 million.

But for this worthy mission, we can raise much more money, as many of us can donate far more than just RM10. I am prepared like many others, to contribute my mite to this PFEH.

ii) Raise the government allocation from the mere RM3 million by 10 times to RM30 million, to cater not only for the hungry students in public universities and to distribute surplus food supplies from supermarkets and hotels to the hungry poor. There are many more poor and hungry all over the country.

We can introduce a national campaign to reduce hunger, outside the richer Klang Valley and to the rural kampungs and small towns as well.

iii) The EAC can establish a living wage at about RM2,000 per month. If the Budget Deficit is further strained, then please cut down on the low-priority development project expenditures or phase their implementation out over a longer period, until we get out of the present budget constraints. After all there is no need to rush our development projects, as out infrastructure is still pretty good.

iv) The government could step up the fight against expenditure wastages, corruption and administrative inefficiencies and undue protectionism. All this will help increase productivity and strengthen the supply chain for our basic needs of especially essential food items.

v) Finally, why can’t the EAC explore the possibilities of reducing the widening income gap and disparities, which are causing so much resentment, and which can spread social unrest, due to the high cost of living and rising prices?

Hopefully, the EAC will give greater priority to coming up with urgent measures to combat hunger and to reduce poverty at a faster pace, or we will lose out on the many gains that the new government has creditably achieved.

The government itself cannot solve the hunger and poverty problems.

Hence let us please start a National Fund against Hunger, supported by the government, the private sector and all Malaysians, in the spirit of caring and national unity!

Can we take this challenge to help overcome the pangs of hunger and poverty?

hunger
poverty
crowdfunding
Related Reports
Will destroying farm land assist our food security status?
a year ago
Together let's avoid food wastage during Thaipusam
2 years ago
Ministry to provide food for 'starving' students in universities
a year ago
From obese to starving, nutrition crisis prompts SOS call for new approach
2 years ago